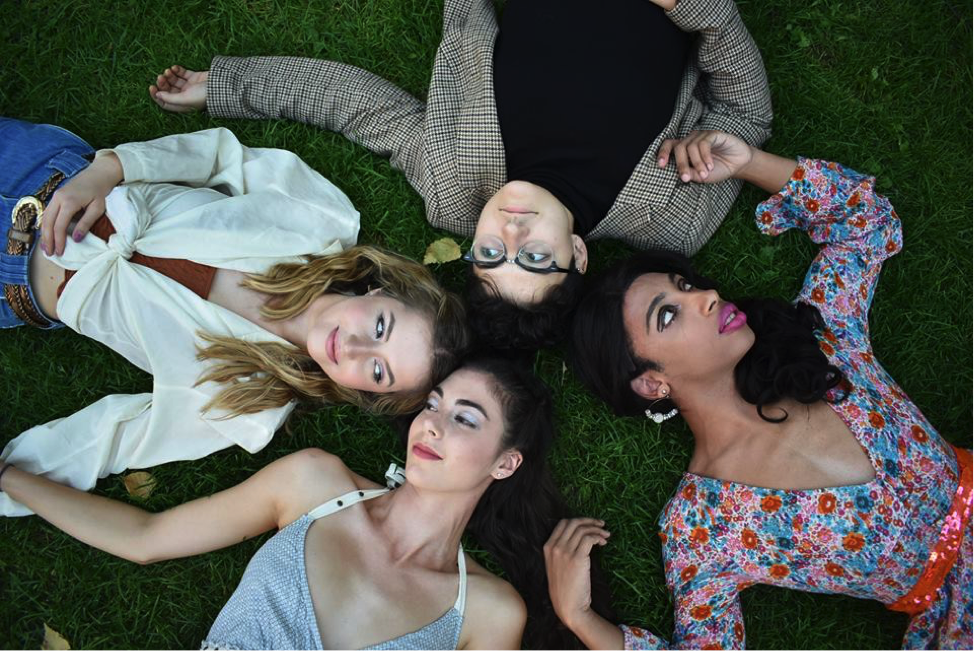 A Midsummer Night’s Dream is among Shakespeare’s most popular texts. Little wonder, then, that the Victoria College Drama Society (VCDS) chose this play for this season’s inaugural show on September 28. Abby Palmer’s production of A Midsummer Night’s Dream takes full advantage of the cast’s talents and the (literal) nature of the set, communicating that joy is the play’s central concern.

Three groups of characters are vital to the action of this Shakespearean comedy. Strictly following the text, we should begin in the ducal court of the Athenian hero Theseus and his captured fiancée Hippolyta, where the conflicts between four young lovers are displayed before the disapproving older generation. We are then introduced to the “mechanicals,” a dysfunctional group of entertainers preparing a performance of Pyramus and Thisbe for the duke and duchess’ wedding night. Third in the sequence comes the fairies inhabiting the woods near Athens. When the Fairy King, Oberon, devises a scheme to magically influence the affections of his queen, Titania, the quartet of lovers and the mechanicals become embroiled in a moonlit series of wacky hijinks as the fairies endeavour to secure a stable outcome for all four of the involved romantics.

Although Palmer reproduces all the dialogue of the play’s Elizabethan text, she is not afraid to introduce her own twists that give new life to Shakespeare’s opaque characters. Thus, when the performance begins at twilight on the lawn of Emmanuel College, we first meet the court of fairies as they sing acoustic covers of songs from the late 1960s. This reveals two unique creative decisions.

First, the wardrobes chosen for this production illustrates character. As in many productions of A Midsummer Night’s Dream, this show doubles the roles of Thesus and Oberon (Devon Wilton) as well as Hippolyta and Titania (Rachel Bannerman). The mortals are buttoned up in the square outfits of the post-war generation, while their more liberated fairy counterparts traipse around shoeless and flower-crowned. Meanwhile, the key role of Bottom (Victoria Watson Sepejak) is appropriately set apart from her fellow mechanicals by the extremely loud prints she wears, a costuming choice which reflects the character’s outspoken and verbose nature.

Secondly, the fairies interact with the rest of the action in more ways than are called for by Shakespeare’s text. Namely, characters like Oberon, Titania, and Puck (Nicole Eun-Ju Bell) use Emmanuel College’s existing flora as hiding spaces and “fairy bowers” from which they observe the mortals and address the audience. Special mention is merited by the multiple talents of Nam Nguyen, who portrays the minor fairies using hand puppets, emphasizes dramatic and comedic events with acoustic accompaniment from the back of the set all the while maintaining a string of ad-libbed quips in the role of the human Philostrate.

I lack space to explore the many ways in which the players make this production an interactive experience — I have not even addressed the natural and endearing way in which Mitchell Byrne inhabits Helena, here depicted as something of a gender non-conforming go-go girl — but it is safe to say that this cast could roll with the punches. The performance was accompanied by rain, which only intensified as the night went on. The audience was protected by tarps, but the cast soldiered on with nary a sneeze, a feat made even more impressive considering the sparse clothing of the fairies and the need for the production members to subtly deploy blankets and umbrellas for the many scenes in which characters are sleeping or reclining outdoors.

The VCDS has delivered a thoroughly delightful production of A Midsummer Night’s Dream. Yet for that very reason, I fear that the intended creative vision was not fully realized. In her director’s note, Palmer notes the tumultuous nature of the 1960s in North America and makes the link with the justifiable anger of youth-led movements today. Little of that is visible in this production which ultimately revels in joy and cooperation among the mechanicals, the fairies, and even among the crew itself as they scrambled to protect their castmates from the rain. Similarly, Bell’s Puck is sunny rather than dangerous. That said, this Dream is charming. We can only hope that the webmasters of the VCDS website will update their information so that we can be better informed about upcoming productions this season. If this show lacked in anything, it was advertisement.