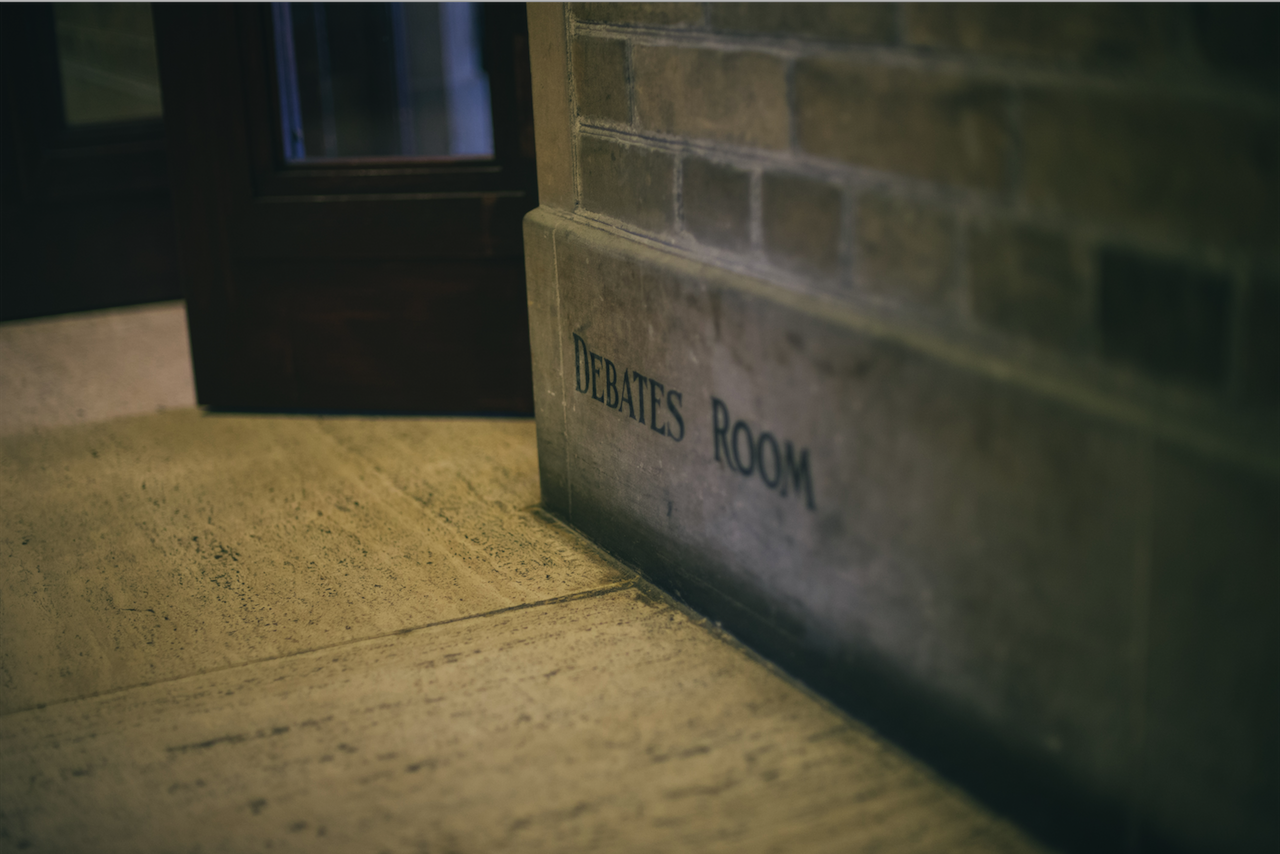 Compared to its predecessor last year — which discussed Trudeau hitting the halfway mark of his term — this debate was much livelier and had more diversity on stage, both of identity and of opinion. While the consensus on last year’s panel was of lukewarm support for Trudeau, opinions about Ford and his cabinet were much more distinct.

Matthews — a former Liberal campaign co-chair — largely emphasized the negatives of these first few weeks. She pointed out that this is the most homogeneous cabinet Ontario has seen in years. In terms of Ford himself, she outlined how he canceled reforms on how much and how we teach Indigenous history and culture, the new sex-ed curriculum, the abandoning of the Universal Basic Income (UBI) pilot project, and partnerships to sponsor refugees.

Watt had a very different outlook; in fact, cross-talk between him and Matthews took up much of the event. He directly argued against Matthews’ points about the UBI pilot, alluding to its implementation and failure in Venezuela and how providing such a supplement would incentivize laziness. Matthews responded with the evidence-based work that has reduced poverty, particularly among youth, and defended the people who were promised the funds but had now “[had] the rug pulled under them again.” She also added that the idea was first put forward by Conservative Senator Hugh Segal as a way to create a better society where everyone can have the same base quality of life. Teneycke and Gooch chimed in periodically about such policy changes, but comparatively less than Watt and Matthews.

Questions about the government’s response to the environment — particularly cutting the cap and trade system — were much more varied. Gooch and Matthews argued that it was irresponsible for the government to repeal a system that reduced emissions, regulated the market, and created jobs without implementing an alternative. Meanwhile, Teneycke and Watt defended the decision — or at least accepted it as a rational one — stating that it was unclear how effective cap and trade was at reducing emissions and how many jobs could actually be attributed to it.

The controversial use of the notwithstanding clause for slashing City Council was another primary topic of the debate. Divisions here were along similar lines as the climate change question. Watt argued that City Council takes a long time to make decisions so the notwithstanding clause could be of positive use, while Teneycke pointed out that it was a legitimate and legal use of the constitution although unconventional. However, Teneycke did disavow patriarchal and misogynistic attacks against people such as Caroline Mulroney. Gooch particularly emphasized how some women who were running in the municipal elections may now face barriers from doing so because of the new ward divisions the clause would entail.

During the question and answer session, one particularly poignant question drew attention to a paradoxical dichotomy concerning the Ontario education system. Under Ford, the government has implemented new free speech legislation that prevents censorship from post-secondary institutions at the risk of potentially creating platforms that are explicitly discriminatory to marginalized groups, despite the discomfort of many. Meanwhile, because of discomfort from groups of parents, it also repealed the recent sex-ed curriculum created by the Liberals. Watt attempted to defend the decision, stating that new discussions are underway that includes educators, researchers, and parents. However, the reality for this academic year, at least, is that the curriculum is a return to the 1998 version.

Overall, this year’s debate was refreshing. There was noticeably more moderating from the Yard, to the point of actually cutting speakers and the questions short when they rambled. For instance, Gooch barely skimmed the surface about the reasons why she agreed with the privatization of cannabis — because, to paraphrase, she doesn’t trust the government to sell weed. Regardless of opinion, Matthews put it succinctly: Ford’s new government has definitely shaken Ontarians out of their complacency.