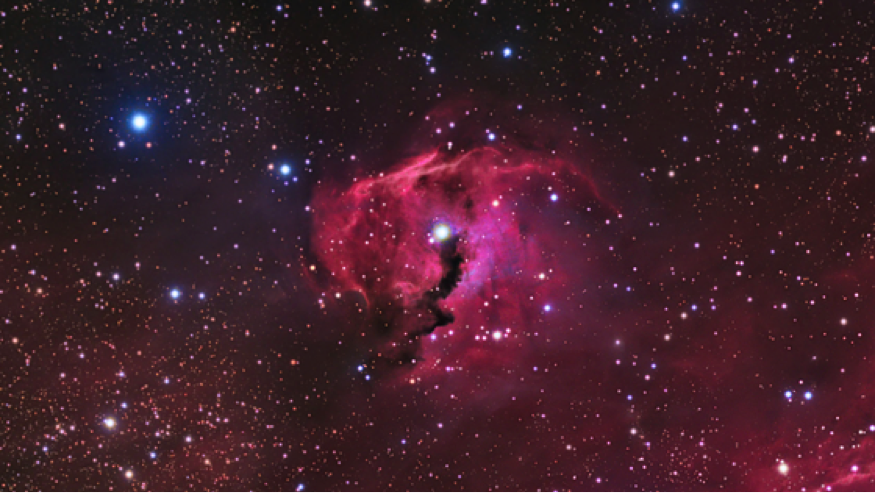 What is dark matter and is it really as scary as it sounds?

There is an ominous quality to the night sky. Its sheer size has the ability to evoke both wonderment and dread in the minds of observers. The longer you gaze up at the stars, the less significant you might start to feel — it is quite easy to lose touch with your ego when beholding millions of light-years and an inconceivable amount of unexplored empty space. However, do not be nihilistic, because it still is one of the greatest known sources of mystery, discovery, and exploration. Astrophysicists at the University of Valparaíso, Chile, discovered unusual patterns in the high speeds and sporadic movement of stars in the Cosmic Seagull galaxy. The Milky Way’s closest neighbour is the Andromeda galaxy, at an astonishing 2.5 million light-years away. To put this into perspective, the Cosmic Seagull strays nearly 45,000 times further, at 11.3 billion light-years away. This challenges a previously upheld belief that such dense clusters of stars would not contain so much dark matter.

What is dark matter? Depending on the speed, displacement, and vibration of particles in a specific area, matter takes and transitions into categorizable states. However, when matter is active in an undetectable state, yet still exerts physical effects, it and its respective energy are referred to as “dark.” Dark matter has never been seen, nor directly observed by physicists; it is a theorized explanation for a star’s gravitational hold. The force of gravity we observe that maintains a star’s placement within a galaxy, for example, is not measurably adequate to hold it in place or attract an orbit. Dark matter, however, is the proposed source of gravitational leverage and its presence is nearly four times as common in the known universe as physical matter. In contrast to this discovery made by Verónica Motta, galaxies such as NGC 1052-DF2 have been hypothesized to contain extremely little-to-no dark matter. The “Missing Mass” that we refer to as dark matter was first proposed by Swiss astrophysicist Fritz Zwicky in 1933, an era of academic enlightening concerning our understanding of space, time, energy, and their intertwined relations (although mostly due to its incentives for warfare). It was theorized by Zwicky that within the bleak emptiness of space lies energy and constant momentum undetectable in a visual sense, but observable in its consequences on physical matter and energy.

The subject of dark matter — one of astrophysics’ greatest mysteries — has been given a substantial resurgence in investigative material. It seems as though that throughout the course of the century, our collective intrigue in the physical boundaries of space has dwindled. Gone are the days of international attention brought to a broadcast of humans making touch with the lunar surface, or the launch of a probe bound to the farthest edges of our solar system. Instead, it appears that our curiosity is now more focused on the mere mathematical truths that uncover how and why space exists.