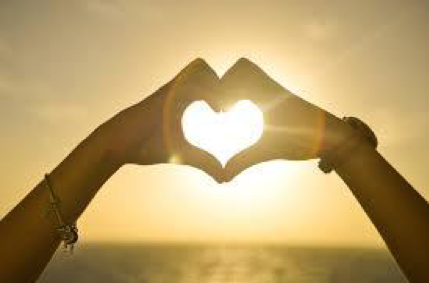 Can relationships be compatible with post-secondary education?

When I entered my 20s, I was bombarded with opinions which proclaimed that it was time for me to start dating. That way, once I completed my education, I could get married to “the one” and settle down. I have watched my friends and family enter into the dating scene, to find long-term relationships and even getting engaged. With everyone around me coupling up, I am constantly advised to “go out more often to meet new people” and make a greater effort to “put myself out there.”

I will admit to feeling a bit pressured every now and then to also be in a relationship.  However, what’s the rush? What’s the big deal? Why is it that our society avoids singleness like the plague? Specifically, why is it that women are the ones who are told that they need a man to be complete? Social psychologist Bella DePaulo’s discusses in her book “Singled Out: How Singles Are Stereotyped, Stigmatized, and Ignored, and Still Live Happily Ever After” that many cultures put being coupled on a pedestal, where finding a soulmate means achieving happiness and success. Dr. DePaulo conducted a study where she created pairs of biographical sketches, where the people were identical in every respect (e.g., name, age, hometown, interests, job). When participants were asked to rate the targets, it was found that single people were judged more harshly and viewed as being lonely and sad. On the plus side, singles were also seen as more independent and career-oriented.

I would like to touch on gender, as from my own personal experience and observations there is undue pressure on women to be in a relationship. I see it on social media all the time, such as when women post a glamorous-looking picture of their engagement ring. Just the ring. Not even a photo of her and her partner together. It’s as if being proposed to is winning the race of life, and the engagement ring is the trophy. This is the media-manufactured glamorization of love, that we internalize and end up desiring.

In a sense, these internalized notions of early marriage are residual feelings associated with marrying early and effectively isolate women to the domestic sphere. Although this idea is outdated and irrelevant, it doesn’t mean that there are certain subtle cultural undercurrents which still operate on the gendered division of labour. In addition, it puts added pressure on the fact that women are just as financially independent as men. Since the economy demands increasingly highly specialized, they too need to adapt and adjust to the competitive market. So, these underlying micro-aggressive comments found in seemingly innocent questions asking “when are you getting married?” are inherently at a conflict with women’s choice in pursuing an investing time in their career and education. It is okay to desire a romantic love and want to get married in the future. However, walking down the aisle on your wedding day should not be your one life goal. Live fully in the present and take it one day at a time. Do you.  Don’t enter into a relationship just because “everybody’s doing it.”