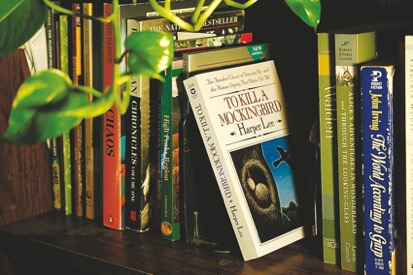 How they can be ostentatious, critical, dialogical, and connective and why they are still pertinent

The discourse on classic novels is one that has always fascinated me to no end. As a consumer of classics myself, I’m often puzzled at its etymology, connotation, and overall influence.

The word classic implies perfection, an idealisation that cannot be replaced or altered. So, what does it mean to be a classic? Is it because it has impressed critics beyond measures? There’s a lot of impressionable fiction that has marinated minds and produced literary merit and won awards, but are still not considered to be a classic. Is classic an elitist way to approach literature? Often times, readers I have encountered had shamed or were shamed for not having read a particular classic. Consequently, classic fiends are portrayed as pretentious to which I respond: isn’t any literature consumer pretentious for reading and liking what they do? Aren’t writers pretentious? Don’t answer this.

Furthermore, there’s a reason why many classics have been banned from the public. Classics are known to share the common thread of different socio-political school of thought. Their dangers are encroached in their style of writing and embedded in the author’s dialogues. They make feel like any other piece of less notable literature, but there’s an underlined thought that scratches our psyche throughout its consummation. Whether set in a pseudo fictional world or not, the depiction of societal norms and behavioural standards has long brought discomfort to those whom are uncomfortable with socio-political and economic change. What’s more is that these classics present possibilities with the societal divergences they offer. If we think of Austen’s female characters, we think of them as strong leads that are subverting some of the traditional expectations of womanhood. Undoubtedly, most classics were banned because they tested the climate of their time and therefore, they stand the test of time. After all, a wise man once said, “controversy sells.” Think about the Twilight and The Fifty Shades of Grey series. Social unrest, thus resistance to injustice and discrimination, will always have a place in our world and so, consequently, will classics that delimit and highlight the oppression of human beings regardless of age, race, gender, sexuality, class, etc. Thus, classics have represented a form of escape that goes beyond the reach of our expectations since they have produced critical discourse. Hence, they are the accelerator of the foundation of some of our political and social thoughts.

Classics not only represent critical discourse but also make great icebreakers. I have used classics numerous times to save myself from a conversation grown stale. Due to their prevalence and their accessibility, they have built a universal quality for I could even discuss to non-readers who had been prior exposed to the conception of certain classics – everyone knows Alice’s Adventure in Wonderland and The Great Gatsby. Also, required education has raised everyone with the knowledge of classics. My immigrant parents know of Dracula. In this matter, classics are another way of experiencing a universal feeling through connectedness and communication.