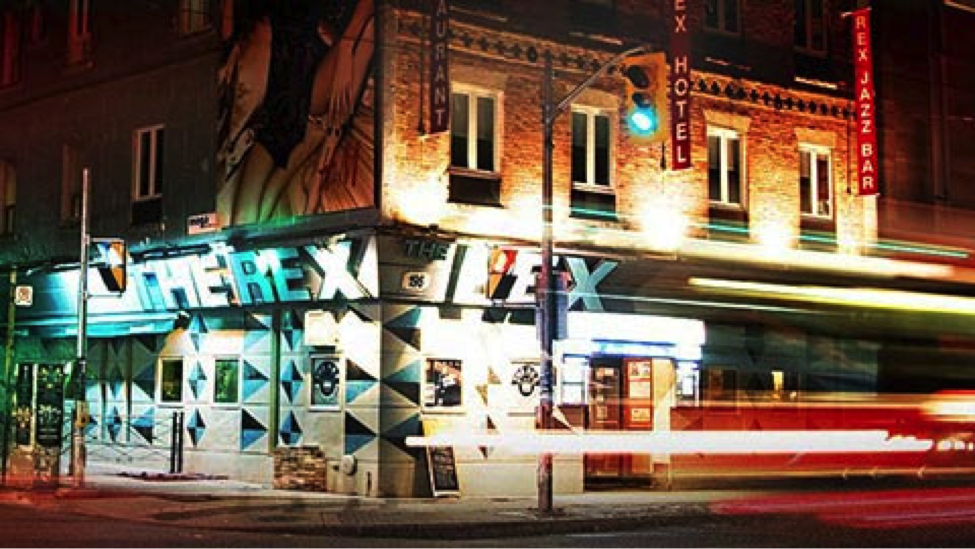 It’s Monday night and The Rex Hotel is packed. The small space is buzzing with a hundred different conversations, all competing with each other as people wind their way through the sea of bodies in the hopes of snagging a free seat. There are groups clustered around the bar, solo patrons enjoying a drink and mingling, eyes dancing over the crowd — but, most of all, people are listening to the jazz.

There’s a small, unassuming stage in the corner of the bar and the crowds are enjoying the music with rapt attention. While some bars’ occupants often sideline the live bands to background entertainment, here the music is the focus. Every Monday, jazz ensembles from the University of Toronto’s (U of T) jazz program perform, offering up their music and skill to the public. There’s something fascinating about watching people who truly love what they’re doing, and seeing the band play is an experience in and of itself. There’s a respectful balance in the way they perform with each other, each instrument perfectly complementing the other to produce an undeniably mellifluous sound.

At a quick glance it’s hard to pinpoint the general demographic of the room because it seems as though all ages are represented — and why shouldn’t they be? There tends to be a misconception that jazz is more suited to an older generation, but one night at The Rex would instantly change that school of thought. The band itself is made up of 20-somethings all playing with an air of comfort that is at once enviable and riveting. More than that, it’s about the way jazz invites attention from people from all walks of life. Jazz is a diverse genre and through it, there is abundant space for expression.

A part of jazz’s appeal lies in how diverse it is. There’s an expansive range of sub-genres that all draw on facets of ‘jazz’ while sounding completely different at the same time, and thus there’s something for everyone. And despite all of the differences, a common thread that runs through all jazz is the authenticity the genre demands from the players.

This authenticity has long been a cornerstone of the genre, the lifeblood of what makes it stand apart from other genres and the passionate spirit that remains in every performer and lover of jazz, despite the evolution the genre has gone through. One needs only to listen to the band playing to understand that.

Andrew Gormley, a third-year student in the jazz program, makes the same point. It’s about the “transcendence, the improvisation of it” that requires a certain genuineness from the musician. He has been performing at The Rex for two years now and it shows in the ease with which he plays. Growing up listening to Louis Armstrong at home, his appreciation for the genre deepened in high school when he started playing the trombone, and U of T’s jazz program has cultivated and encouraged that love. Performing at The Rex has provided a platform through which to not only play his music but to workshop it, explore it in real time, and ensure it goes through the right people.

The Rex boasts itself as the home of jazz and any Monday night will make good on that promise. There’s a community spirit fostered there because it’s a place for all lovers of jazz to gather whether that means you’re listening or playing. So, if you’re interested in hearing fellow students play, or just need a new place to explore — consider The Rex! Student ensembles start playing from 6 p.m. onwards and there is no mandatory entrance fee, you only have to pay what you can!