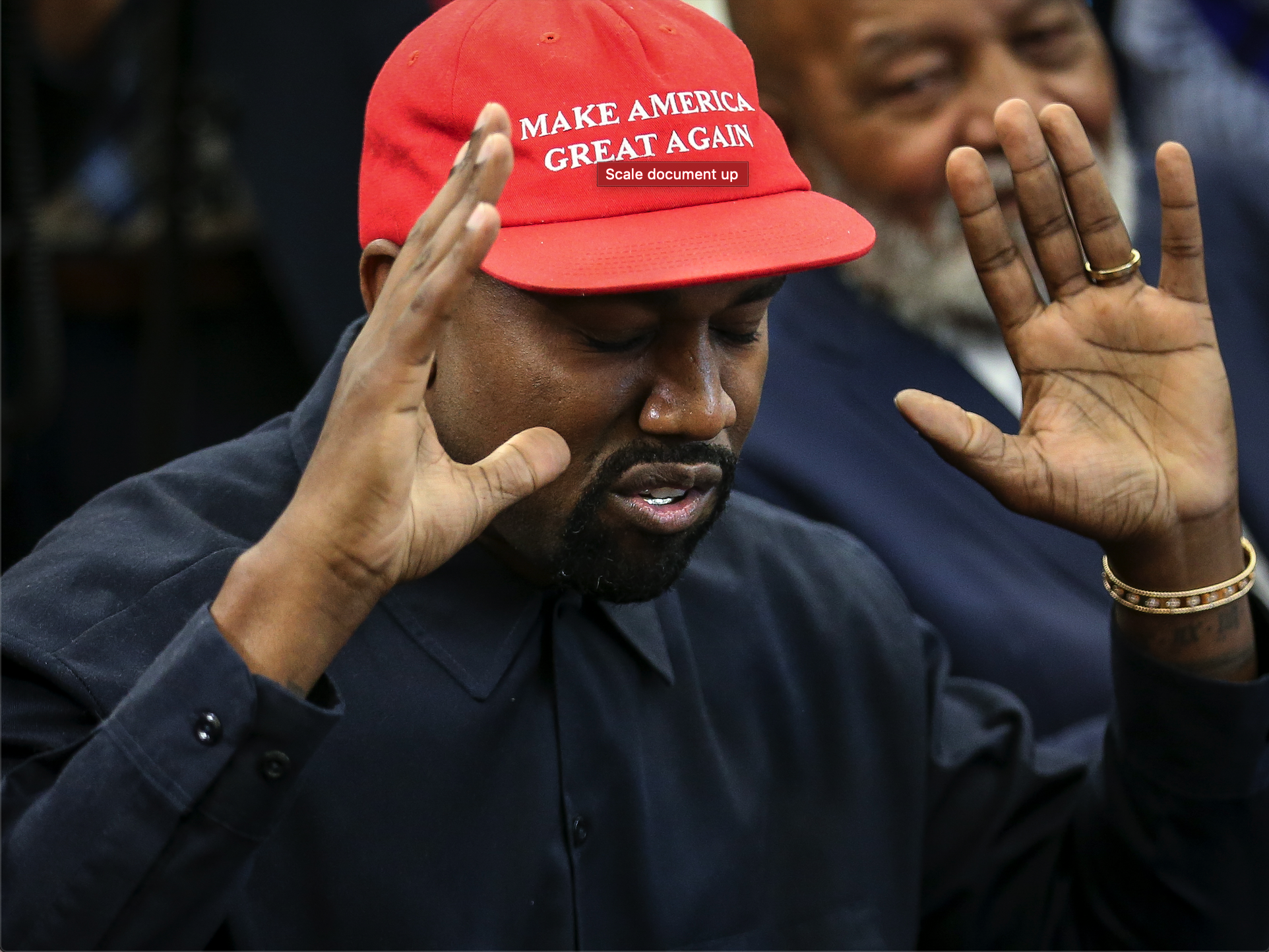 Should celebrities be involved in politics?

The political world has always been full of celebrity influence and participation. Most recently, reality television star and real estate mogul Donald Trump became the President of the United States after his inauguration in 2016. Something that may not be well known is that Trump is not the first nor the only celebrity to hold a political position. Ronald Reagan was a Hollywood actor before he became Governor of California and then the President of the United States. Actor and ex-Terminator Arnold Schwarzenegger went on to become the ‘Governator’ of California for two terms from 2003 to 2011, and professional wrestler Jesse Ventura also served a term as Governor of Minnesota from 1999 to 2003.

This is not just an occurrence that has been taking place in the United States, however, as celebrities have held positions of political power in many other countries worldwide. In the Philippines, professional boxer Manny Pacquiao is currently a Senator, and Joseph “Erap” Estrada, an action movie star, actually became President of the Philippines, serving from 1998 to 2001. The current President of Liberia, George Weah, was a professional soccer player before the start of his political career. Similarly, Imran Khan was a professional cricket player before he became the current Prime Minister of Pakistan.

Other celebrities have also been vocal about their potential presence in the political sphere. Facebook creator Mark Zuckerberg, actor and professional wrestler Dwayne “The Rock” Johnson, rock star Kid Rock, country artist Tim McGraw, and even rapper Kanye West have all expressed interest in running for office and attempting to lead the United States. It could be argued that Trump has inspired a surge of celebrities with no prior political experience or knowledge to run for these positions of political power. But what does this say about the field of politics itself? That just anyone can wake up one morning and decide that they want to run a country? It goes without saying that someone entrusted with such immense responsibility should surely have some kind of reputable experience in the field before taking on such a task as becoming the leader of a country.

So, What is the Big Deal?

Does it really make a difference whether our leaders were former entertainers? After all, celebrities are people too. To answer this, consider Ronald Reagan, who won both terms of his Presidency with overwhelming support. During his time as President, Reagan actually said, “There have been times in this office when I wondered how you could do the job if you hadn’t been an actor.” It is important to note, however, that while Reagan was a former Hollywood star, he also had a fairly extensive political background. In fact, he served as Governor of California for two terms before trying twice to achieve the nomination for President, finally reaching the general election in 1980 and claiming the Presidency in a massive sweep, winning every state except for Minnesota, Georgia, West Virginia, Rhode Island, Maryland, the District of Columbia, and Hawaii. His second election went even more smoothly, with Minnesota being the only blue Democratic majority state in a sea of Republican red.

So if Reagan could do it, what is to say that other celebrities do not have what it takes? For one, translating stage presence into governance is not by any means easy, even for the most charismatic leaders. Reagan once spoke to a journalist describing this particular challenge, saying that in the role of President, “You not only have to get the part, you have to write the script.”

Acting requires compassion and the ability to take direction and receive criticism. As President, many of the required characteristics are the same, though it seems Trump has yet to gain some of these abilities. He often makes autonomous decisions about how he communicates, ignoring guidance and often deviating from his scripts, which results in counterproductive declarations. Trump even appropriated Reagan’s popular 1980 campaign slogan, “Let’s Make America Great Again,” as his own, though he seems to have not acquired much else from Reagan. This exemplifies how not just anyone should take part in politics, especially if they may be victorious more for popularity reasons than for reasons based on policies and political ideals.

With that said, money and name recognition are key components of winning elections, and celebrities are in a good position to succeed in a political atmosphere. Since the dawn of television, politicians have needed to be great public speakers more than ever before, able to effectively tell stories in order to deliver a great and convincing platform and campaign. Political authority is firmly rooted in being able to get name recognition and media attention, and actors and other performers possess this trait as a factor of their trade, making that part of the job easy for them. After all, we hear President Trump boast all the time about the great ratings he was able to get while his reality show, The Apprentice, was on television.

Not only are celebrities holding political positions, but they are letting their political opinions and preferences be known. Just a few weeks ago, Taylor Swift took to social media to urge her 113 million Instagram followers to register to vote in the American midterm elections, while endorsing the Democratic candidate for Senate in her home state of Tennessee. According to the Director of Communications at Vote.org, an estimated 65,000 people registered to vote within 24 hours of Swift’s post. Granted, she did use her platform for a worthy cause in encouraging Americans to get out and vote, but she also used it as a means to push her own political views, which arguably, is not what her followers follow her for, nor is it a subject they necessarily trust her opinion on.

Similarly, Kanye West has been very open about his support for Trump in the White House, often seen wearing a “Make America Great Again” cap with pride. Kanye also regularly shares his political opinions on his Twitter account in the form of long, convoluted rants, saying things like, “You don’t have to agree with [Trump] but the mob can’t make me not love him. We are both dragon energy. He is my brother. I love everyone. I don’t agree with everything anyone does. That’s what makes us individuals. And we have the right to independent thought.” Often times, Kanye’s Twitter outbursts are unclear and resultingly are left up to interpretation, which can have a huge impact on his almost 29 million followers who are of all ages, and from all walks of life.

Over the years, celebrities have also taken to the stage at awards shows and voiced their opinions on political matters, often making them part of their award presentations or acceptance speeches. In 2003, with the invasion of Iraq imminent, filmmaker Michael Moore called out then-President George W. Bush after Moore’s Oscar win for Bowling for Columbine, saying, “Shame on you Mr. Bush, shame on you,” and calling him “a fictitious President” for “fictitious times.”

In 2007, amidst the Iraq war, actress Sally Field gave an anti-war speech after receiving an Emmy for Brothers & Sisters. The speech ended with her saying, “And let’s face it, if mothers ruled the world, there would be no goddamned wars.”

Most recently in 2017, actress Meryl Streep was respected with the Cecil B. DeMille Award at the 74th Annual Golden Globe Awards. In her acceptance speech she called out President-elect Donald Trump for disrespecting reporter Serge Kovaleski in a 2015 campaign rally. She said, “Disrespect invites disrespect, violence incites violence. When the powerful use their position to bully others, we all lose.” Trump fired back on Twitter calling Streep “one of the most over-rated actresses,” a clear reflection of the kind of world leader that he is.

All of this being said, some people think that celebrities should just keep themselves and their opinions out of politics completely. For example, Mark Wahlberg said in an interview that, “Hollywood seems to be living in a bit of a bubble,” and that “[Hollywood celebrities] are a little disconnected with what real people are dealing with and facing,” suggesting that celebrities do not understand the needs and priorities of the average person, thus making their political claims and endorsements almost meaningless, and ultimately unnecessary.

But, How Did It Start?

Celebrity participation in politics has in some cases gone from being an endorsement to being a personal mission to lead by example. Politicians used to — and still do — use celebrities to bring popularity to their campaigns, often having them perform as part of their campaign rallies or speak in their favour on their own platforms. This has been done for decades. For example, President Franklin D. Roosevelt had Frank Sinatra and Orson Welles present at his rallies, which were broadcasted over the radio for millions to hear. President John F. Kennedy also had Sinatra sing at the 1960 Presidential election, in which he was a candidate.

Celebrity endorsement is not only used for popularity purposes; politicians have also used the monetary support of celebrities to help fund their campaigns. Few candidates come to the table with the kind of money that Trump did, and thus many are unable to singlehandedly pay their own way in terms of political candidacy. Having celebrity support not only makes candidates look cooler than they would as otherwise boring politicians, but also brings significant amounts of funding and exposure to them and their efforts. We can see an example of this with Hillary Clinton in 2016, when she was running for President against Donald Trump and boasted support from some of the biggest names in Hollywood including LeBron James, Beyoncé, Jay-Z, Katy Perry, Lady Gaga, Jon Bon Jovi, Amy Schumer, and even Bruce Springsteen, amongst numerous others.

What is the Motive?

The lack of attractive options among experienced politicians is often what gives politically opinionated celebrities the opportunity and the tenacity to run for these positions of power. Donald Trump was quoted in an interview with Oprah Winfrey in 1988 saying that he was tired of seeing America being “ripped off,” saying, “If it got so bad, I would never rule [running for Presidency] out totally.” Similarly, Sonny Bono was motivated to run for Mayor of Palm Springs when he ran into complications with a local government bureaucracy when trying to open a restaurant in the area. He was successful and served for four years from 1988 to 1992. Like Trump, Sonny took political action when he believed that there was no other way to fix the situation.

So we have celebrities in our politics, but should we? It is hard to say. Some have fared fairly well in those positions, others have not. We by no means should generalize the whole celebrity population by saying that these people cannot or should not get involved with what goes on with the politics which affect them just as much as they affect the rest of us, just because of their place in society.