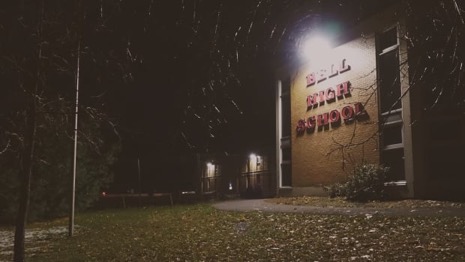 The importance of providing support for the young

The people who are entrusted with raising, teaching, taking care of, and leading children are the foundation that supports the prosperity of not only the future in a grand sense, but of the individual lives led by the children and adolescents they interact with. Despite having so much power and so much opportunity to propel young people (especially the vulnerable and disadvantaged) toward personal and public success, it seems that especially in administrative and leadership roles, many adults remain bystanders to injustice. Many adults and authority figures dismiss their younger counterparts on the account that their age necessarily warrants distrust, even going so far as to label young people who come out with concerns as liars, provocateurs, inexperienced, invalid, or undeserving of proper attention. This is extremely damaging to both a child’s development and to their interest in education.

In high school, my desire to learn increased exponentially once my age merited greater respect from my teachers. This doesn’t necessarily mean I was treated badly by my teachers; I just didn’t feel heard. I didn’t feel like what I was learning actually mattered until I was asked for and encouraged to provide my opinion. Before then, I didn’t care for school much. I merely saw it as an obligatory role. Just something I did and had to do. By grade 12, instead of being treated like a child, I began being treated as an equal. This sparked an increased interest in school, one that many of my friends and peers shared. Academia and learning became not just an obligation, but an enjoyable, pursuable activity.

My lack of genuine interest in school back then can be likened to those that persistently avoid post-secondary school now, which is likely a result of a lack of conversation in an environment that promotes well-being and support in learning. Creating a support system wherein student and teacher are partners in learning as opposed to a linear relationship between superior and subordinate is pivotal to making students believe they are worthy of a good education grounded in respect.

My favourite classes (and teachers) involved a very open dynamic. My teachers encouraged but did not force response. They listened and responded to observations offered by both top students and for lack of a better term, average students. People who do not feel they have the ability to learn will not want to, nor will they try to. That is why offering an outlet for kids even in the simplest, most innocent moment is important. It ensures that if the day comes wherein something terrible such as sexual abuse happens, whether in the home or the school, the kids have a trusted outlet — a friend.

This is not a new nor a rare phenomenon. Closer to home at Bell High School in Ottawa, numerous former students have come forward with reports of sexual abuse from three different teachers who were employed at the school over a course of 50 years. One simply replaced the next. The teachers that were outed were not reported, just simply moved to different schools where it would be easy to do the exact same thing. These kids did not have the support system I spoke of before. They did not have the resources to be supported in reporting the abuse, nor the help in mending the toll that the abuse had on their mental health. The Ottawa-Carleton School Board maintains the innocence of one of their teachers, citing their reputation amongst other colleagues as proof of their innocence. Turning a blind eye to injustice in the name of preserving one’s own personal comfort is cowardice at its core. Especially when those suffering are vulnerable youngsters.

Without the ability to learn what a healthy, trusting relationship is, victimized students succumb to the manipulation of some of their exploitative teachers and lack the support to go to an outlet that will trust and believe them in the event that something awful happens. There is a direct link between creating an environment for healthy relationships in school, with strangers —  meaning outside of the home — and a child’s ability to say no, to speak up when something bad happens, and to combat potential predators.

Sometimes, a lack of respect for the accounts of the young person exacerbate the feelings of betrayal held by victims (or survivors) of sexual assault. Experiencing any sort of trauma can mean a long and lonely road to recovery. This becomes worsened when the person who has experienced trauma lacks a support system of people who believe them.

What I find most disturbing and strange about some of these high profile cases is the frequency at which administrators attempt to sweep the problems under the rug to protect the integrity and image of the schools in addition to their own jobs and reputations. This represents a systemic failure of moral leadership and courage wherein the priorities of the institutions (which were originally made to serve the individual) are placed above them. This is extremely counter-intuitive considering a moral hero would likely get praise, the children would be protected, and the jobs of those in power would be preserved in taking prompt action.

Our current culture is still struggling with the remnants of a culture surrounded by shaming and ignoring the victim as opposed to the perpetrator, especially when it comes to displacing people in power. This is seen everywhere. Corporations and corporate boards who place shareholder interest above preserving people’s health and environmental goodwill. Church leaders who dismiss the sexual misconduct of priests in the name of upholding the sanctity of the faith. Where is the sanctity if not in the eradication of evil through love? Teachers and administrators who stay silent in the hopes of keeping their jobs. Schools necessarily affect the outcome of every other realm of human life. We cannot jeopardize the well-being of young people in education — education is the needle that sews the thread of the young that hold together every other institution that, evidently, have been compromised by the self-interested.