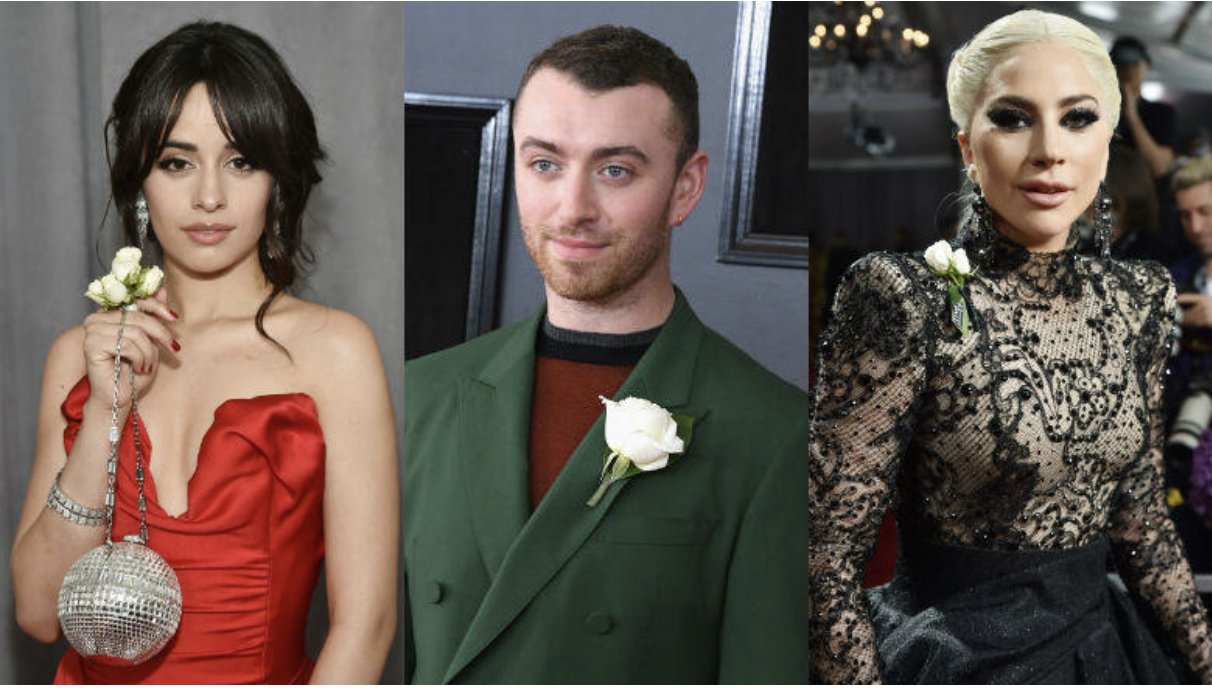 The White Rose movement at the 60th annual Grammy Awards

On January 28, 2018, the 60th annual Grammy Awards took place in New York City, with host James Corden. Like every year, the award show proceeded to provide recognition for outstanding artists and their efforts in the past year. This year did just that and more. Celebrities attending the 2018 Grammys used their platform for peaceful resistance by recognizing the rising issue of sexual assault and harassment in the entertainment industry.

On music’s biggest night, celebrities were encouraged to accessorize with a white rose, symbolizing their support and commitment to the Time’s Up campaign. Created by over 300 female Hollywood actresses, the Time’s Up campaign recognizes the rising issue of sexual assault and harassment in the workplace. Industry marketer Meg Harkins and promoter Karen Rait attended dinner during the week leading up to the Grammys with other music industry insiders. The goal of this gathering was to generate ways to guarantee that the movement was recognized at the Grammys just as it was at the Golden Globes earlier in January. White has long been a symbol of the fight for women’s equality, hence the reason why the rose accessory was introduced: it represents solidarity, resistance, hope, and unity. After the white rose was chosen, Chair of Atlantic Records Julie Greenwald spread the word by a mass email. The number of celebrities that confirmed they would be wearing the rose was reportedly in the hundreds. Some notable figures who sported the rose included Nick Jonas, Miley Cyrus, Lady Gaga, Sam Smith, Meryl Streep, Rihanna, and host James Corden. Artist Rita Ora commented on the white rose movement in TIME stating, “To be able to pivot attention to something that’s so helpful is super clarifying for any female that does any sort of job, to feel like they’re not alone.”

The stage at Madison Square Garden was covered in white during pop star Kesha’s emotional performance of her song “Praying,” from her third studio album Rainbow. The 30-year-old artist was accompanied by the Resistance Revival Chorus, along with an all-female artist line up of Cyndi Lauper, Bebe Rexha, Camila Cabello, Julia Michaels, and Andra Day. In 2014, Kesha filed a lawsuit against her long-time producer Lukasz “Dr. Luke” Gottwald for reasons of sexual, physical, and emotional assault. The singer also requested for the termination of her recording contract with Kemosabe Records, operated by Dr. Luke’s label. Gottwald denied all allegations and fired back with a lawsuit detailing a breach of contract and defamation. After close to three years of legal battles, Kesha was denied extraction from her contract with Kemosabe Records in February 2016. In response, Kemosabe Records felt “ready, willing, and able” to provide Kesha with a new producer under her remaining contract. The result of Kesha’s legal battle caused an uproar of disappointment and confusion worldwide. It is only sensible to think of her impassioned performance of “Praying” as a result of the recent spotlight on the Time’s Up movement in the media. Kesha’s horrifying story holds a single positive element in its core; namely, her ability as a popstar to have her story of the intolerable actions perpetrated against her broadcasted in the media. Her message of multiple oppressions tells other victims whose stories have not been told or heard that they are not alone. Her song vocalizes a message of hope and speaks to the healing and empowerment of abuse victims and survivors.

The White Rose resistance movement mirrors the black dress initiative displayed at the 2018 Golden Globes in January. As another award show has come and passed, questions arise for this year’s upcoming 90th Academy Awards as initiatives toward the Time’s Up campaign have yet to be announced. In the midst of February’s Black History month, it is essential to maintain an intersectional perspective of past oppressions and current injustices. That being said, the White Rose movement seems to be merely the beginning of initiatives part of the Time’s Up campaign. The movement will hopefully continue to spark activism and create awareness.

Victoria Lunetta is a first-year University of St. Michael’s College (USMC) undergraduate student majoring in Political Science with a double minor in Music Culture and Women’s Studies. Victoria is a part of the Gilson Seminar at USMC and will be traveling to Rome this May along with her classmates. She enjoys volunteering at USMC events, participating as a student college guide, and playing the guitar.

John D’Addario is a first-year undergraduate at USMC studying Social Sciences. John is a part of USMC’s Gilson Seminar and will be traveling to Rome this May along with his classmates. He also enjoys playing for the St. Mike’s intramural soccer team and participating as a student college guide.