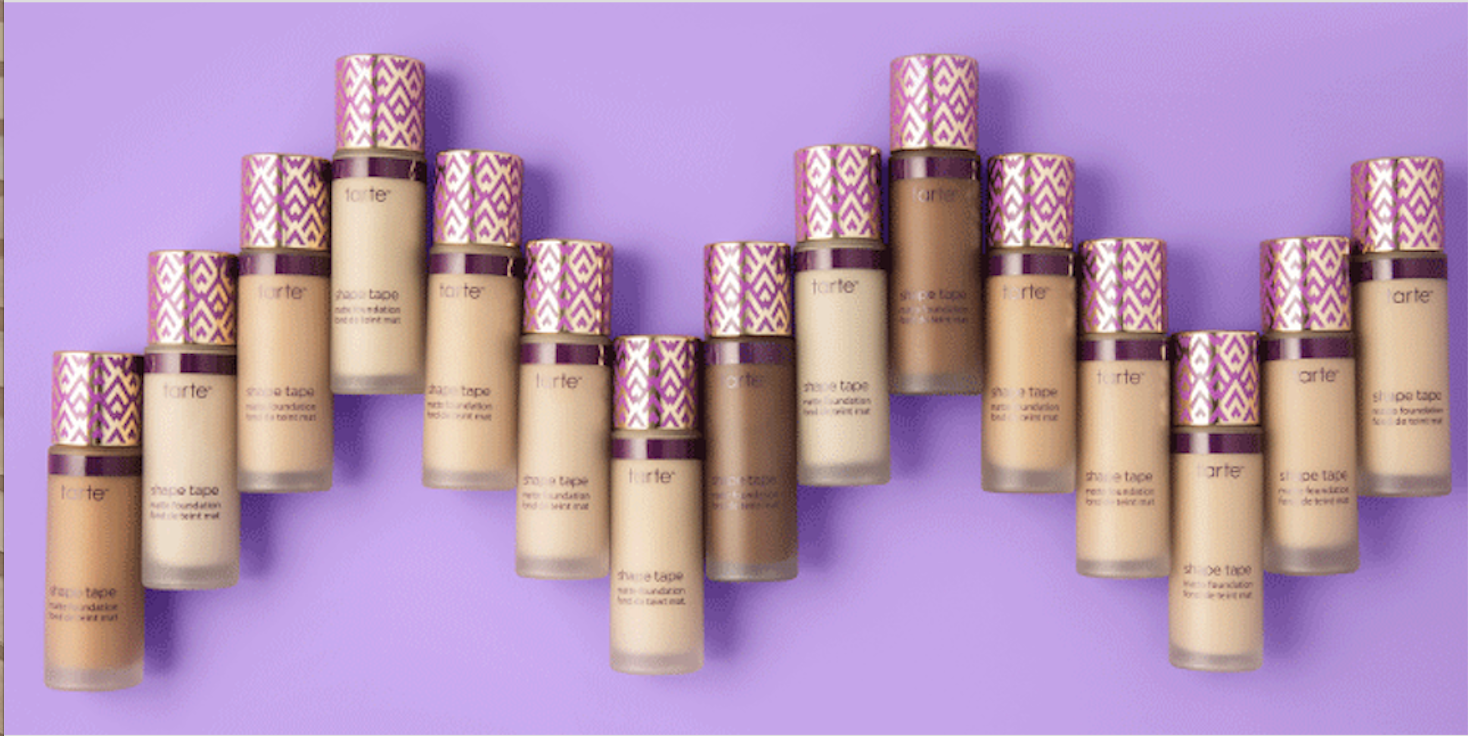 Tarte’s new foundation isn’t for everyone

The makeup industry has seen a lot of ground-breaking change throughout 2017 with one word in mind: inclusivity.

Companies such as Fenty Beauty have taken the industry by storm. Being a new company, it excited us all immediately as it hit the ground running with the launch of its new foundation, consisting of an impressive 40 shades. Other companies, high-end and drugstore alike, have upped their game as well by launching more shades to their existing lines to create a more inclusive brand. However, Tarte Cosmetics has made its way into the spotlight, but not in a good way.

Tarte has been a trusted veteran in the makeup world for its high-quality products. One of its most popular products has been the Shape Tape Contour Concealer, a product highly spoken about by all our favourite makeup artists and YouTubers. So when Tarte teased the release of a Shape Tape Foundation set for the beginning of 2018, people were ecstatic. The launch was highly anticipated; but what wasn’t anticipated was the limited shade range.

Tarte’s Shape Tape Foundation consisted of two lines: the hydrating formula and the matte formula. The lines consisted of 15 shades, most of which were suitable for lighter complexions. Of the original 15 shades, the line included four deeper ones. The lack of diversity in its launch spoke volumes about the company’s prioritization, or lack thereof, for people of colour. Tarte did issue an apology for its blunder, but that only seemed to make matters worse. In an interview with POPSUGAR, Tarte representatives apologized for the exclusion of deeper shades and spoke about how there were already more shades in the works during the time of their launch. They explained that since the foundation was so highly anticipated, they decided to drop the first 15 shades with a plan to launch deeper shades in the coming summer months.

You might be able to see why this angered the people of the internet even more so than the actual foundation launch did. This apology is nothing more than a backhand to a community of people of colour to whom Tarte has basically admitted they acknowledged as an afterthought. The company’s decision to prioritize the launch of fairer shades is not only sending a message regarding the type of brand it is, but also the type of people it prioritizes catering to. This industry has a history of excluding deeper shades, which is a problem that companies largely tried to address in recent years. For a big player such as Tarte Cosmetics to be neglecting such progress and instead digressing from such a path is something that people, including myself, did not see coming.

This issue is not something as superficial as makeup. It is about representation. It is about diversity and inclusivity, something that is still not valued in this industry as it should be. I don’t know about you, but I am tired of walking into a store and not seeing a shade that matches my skin tone, and of having to instead buy more than one foundation in an attempt to mix myself a shade that could work. I also realize that I am not the only person who is not represented in the industry.

You might be wondering what it is that we could possibly do about such a longstanding problem. There are a few things, starting with this: demand better. If a company does not want to support you or represent you in its products, take your money elsewhere. If a company does support your colour but is largely neglectful of others, then take your business somewhere more inclusive.

This industry is bound to be around for a long time, seeing as the demand never ceases. Let’s use that to our advantage and shape it to foster a more inclusive community. Let us all be represented in this industry that finds its power in its ability to help us feel more beautiful.

I implore you, ask better of these companies. We all deserve to be represented, so let’s work until we can make that happen.

Prijanga Ahilan is a fourth-year student at the University of St. Michael’s College (USMC) pursuing a double major in English and History. She has been involved with many USMC clubs and programs during her time here and will be graduating in June with her fellow St Mike’s students.