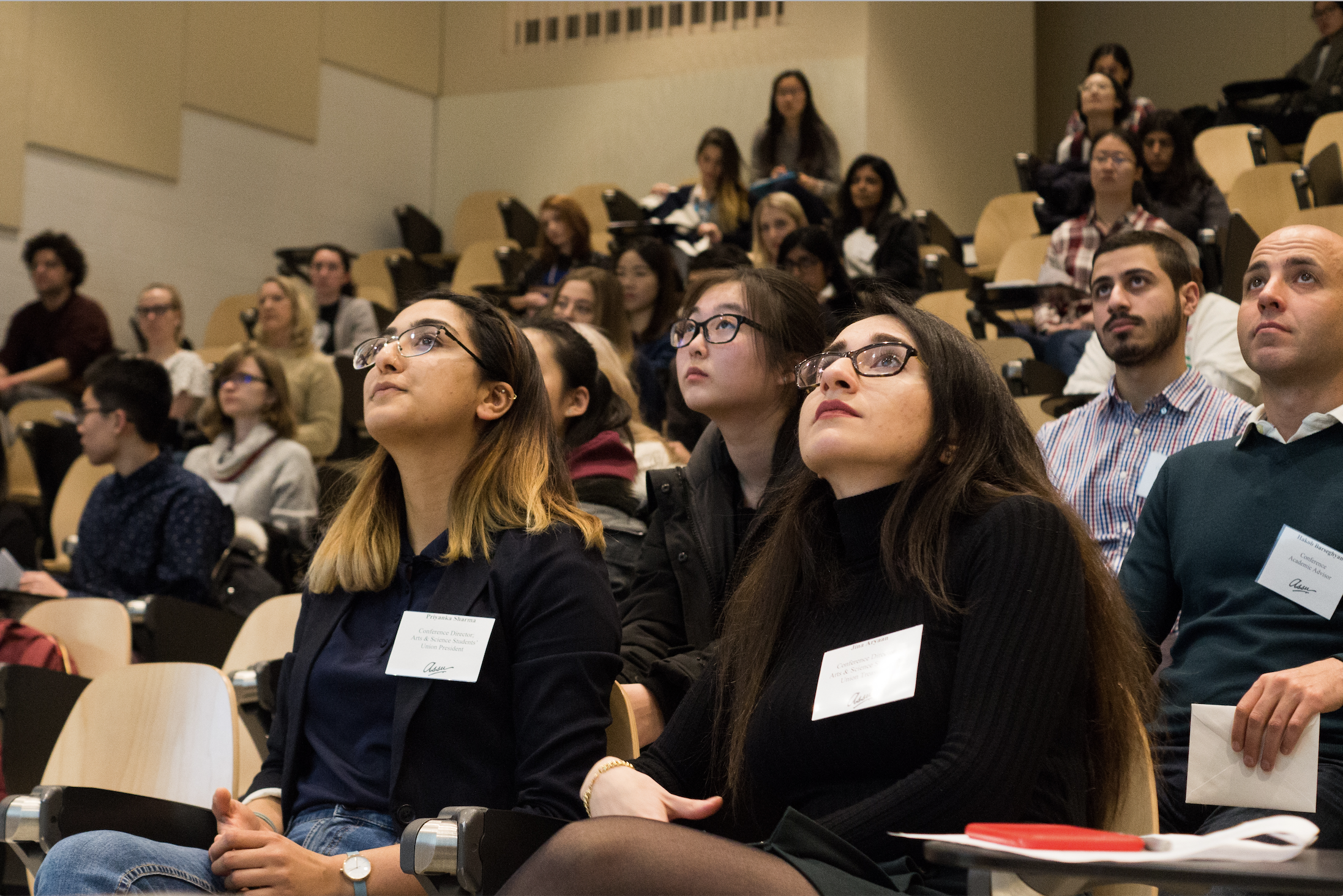 Planning for the Arts & Science Undergraduate Research Conference (ASURC) began last year when it was noticed that the Arts & Science Students’ Union (ASSU) attracts many humanities and social science students to its events, but not enough science students. “As the largest academic students’ union in the country, we wanted to have an event that benefitted all of our constituents,” says conference Co-Director Priyanka Sharma. “What I found was that there was a lot of undergraduate research being conducted at the University of Toronto,” says Priyanka, “and we know that there is a need for opportunities to showcase academic undergraduate student work.” It therefore came as no surprise that the conference directors and selections committees received over 120 research abstracts from the humanities, social sciences, and science disciplines.

One of those 120 candidates interested in presenting their research was Yalda Mehran, with her paper “Sex Trafficking and Development in West Bengal.” After interning with the Kolkata Mary Ward Social Centre — a project fighting human trafficking in India — for three months during the summer of 2017, Yalda was inspired to pursue a research project that incorporated the life stories of women who stayed in Sonagachi (Kolkata’s red light district). “What surprised me most was that, despite the fact that owning or managing brothels [is] illegal in India, police do not have sufficient funds to crack down on the brothels and rescue women,” says Yalda. “Government representatives of the area had an office right next to the red light district.” When asked what attracted her to the ASURC, Yalda cited that it was because it “gave her a platform to share her research findings with other students who might be interested in researching in this area.”

The daylong conference was divided into three sessions. Session I included presentations under the categories of International & Domestic Policy and Technology. Bidisha Sen was one of the presenters in the Technology session, discussing her work entitled “Evolved Inference and Beyond: Comparing Human Inferential Reasoning to Solomonoff Induction.” Bidisha’s project began when she took “Introduction to Cognitive Science” with John Vervaeke (the conference’s keynote speaker). “I took the course for its relevance to my research field: Artificial General Intelligence (AGI) safety,” Bidisha says. “Professor Vervaeke allowed us to write one of the course papers on human rationality, so I immediately chose that topic as it would be good practice for independent research, and continued reading the human rationality and AGI safety literature with that in mind.” It was in such literature that Bidisha learned about Solomonoff Induction. “I realized no one had done the comparison to human reasoning and I knew I had a result to write up!”

Session II included poster board displays, as well as ten-minute presentations under the categories of Art & Literature and Language Learning. The final session, Session III, included a bulk of the presentations under the categories of Data Analysis and Mathematics, Women and Sexuality, Genetics & Personality, People and Systems in Power, and Animal Research. “I found the 10-minute time restriction challenging,” says Chris Kaumeyer who presented his paper “Quasi-Empiricism in the Early History of Group Theory” in the Data Analysis and Mathematics session. “Given that I am working at the intersection of three different fields, one of which (group theory) is quite technical and required explanation for what was a general audience. It was a lot to do in ten minutes!” That being said, one of the observations made was how well presenters communicated their ideas to attendees that were not in their program. “On conference day, I was pleasantly surprised and super proud that each presenter made the space their own to best communicate their ideas,” says Priyanka.

When asked what motivated him to participate in the conference, Chris responded that “like anyone, I was motivated by the chance to share my work and evaluate whether I could go further with this or similar work in an academic setting. I think for many people it was the first chance to try to put your own work forward in a way that, as students, we’ve seen many other professionals do.” Similarly for presenter Madelin Burt-D’Agnillo, the conference presented her with an opportunity to put her research forward. “I believe that my research points to a social justice issue that does not often get discussed at the university (or in general), and I think it’s valuable to have this conversation in an interdisciplinary space,” she says. Not only did the conference give Madelin the opportunity to present her passion project “Body Size Activism and Size Discrimination Policy” with fellow students, but it was open to the public (her mom and best friend were also in attendance). “The conference was an excellent experience overall,” she says. “It was a moment I could share my work with people who are really supportive and proud of me.”

The Arts & Science Undergraduate Research Conference took place on Friday January 19, and was the first conference at the faculty level to showcase the interdisciplinary work of undergraduate students from the humanities, social sciences, and science disciplines. “Being the first time this conference has happened, we have created a good working precedent for if the conference was to be continued next year,” says Priyanka, “Jina Aryaan and I, this year’s conference directors, hope that the executives next year will continue, and produce an even better conference after learning from our experience!”