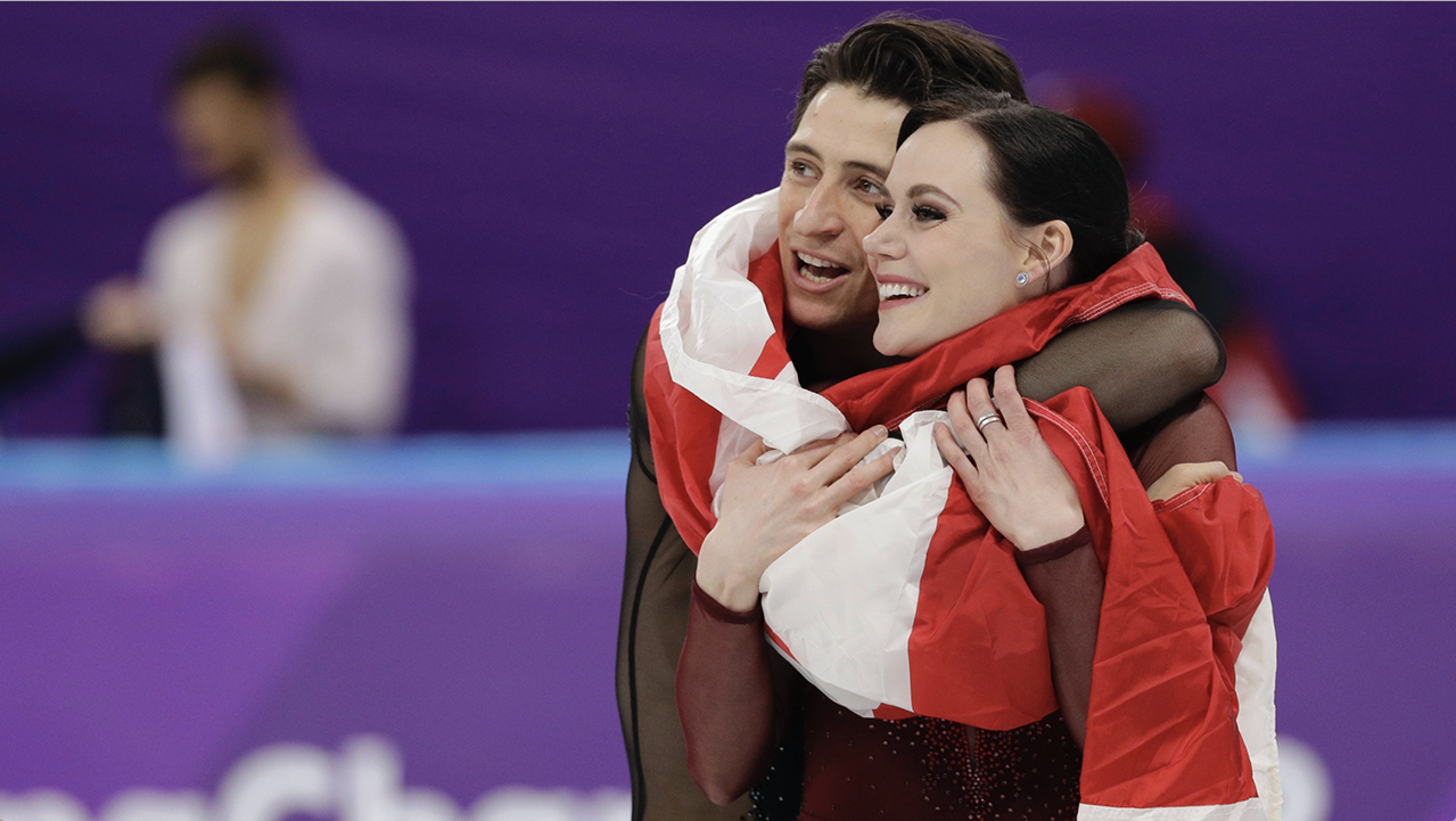 It seemed as though the whole world was rooting for Tessa Virtue and Scott Moir as they took to the Gangneung Ice Arena on Tuesday, February 20, in PyeongChang for the Free Dance program. The duo have a strong fan base in the skating world from their early years, but have recently garnered buzz on the internet and around the world. Their tremendous talent and unparalleled connection, both on and off the ice, has caused a social media frenzy. While most of the online banter revolved around the fact that Tessa and Scott are not romantically involved (which to many is still up for debate), the pair represent Canadian brilliance and are a source of pride for Canadians everywhere.

There is no doubt that Tessa and Scott are the greatest ice dancers of their generation, if not of all time. They not only broke the world record with a total score of 206.07, but they also became the most decorated figure skaters in Olympic history, winning a total of five medals. For most ice dance viewers, all of the intricate details and technicalities of the sport are secondary to two factors — the aesthetic beauty of the dance and the feelings evoked when watching the performance. The uniqueness about Tessa and Scott is that they combine their athleticism and precision with a deep trust and connection that is unmatched by any other opponents.

For a sport that is notorious for constantly changing pairs to find the perfect match, it is unprecedented that this duo has been skating together for over 20 years, when Tessa was only seven and Scott only nine. Their first coach, Suzanne Killing Wood, could recognize their unique connection from the start and claims that “there was always something special about Scott and Tess.”

When Tessa and Scott perform, it is as if they are the only ones in the entire arena. The audience, whether watching live or from behind a screen, become captivated by the performance and are engrossed in the story conveyed. For their comeback at PyeongChang after having retired from the sport following Sochi, the duo pushed their limits and redefined their performances, opting for fiercer and dramatic numbers, like the sensual and passionate Moulin Rouge routine. It was evident that Tessa and Scott leave nothing on the ice; viewers became completely invested in the characters and their performance.

Canada has the global reputation of being a modest country. Part of the Canadian identity, if there even is a concrete one, is that we are not American. There is no doubt that Canada has had its fair share of Olympic greatness: Alexandre Bilodeau, Donovan Bailey, and Penny Oleksiak all claim top spots. But the chemistry between Tessa and Scott is unparalleled, and it goes further than their hard work and collection of medals. Canada has followed the two since they were 20 and 22 years old at their first Olympics in Vancouver, and when the pair took to the ice at international competitions, they weren’t just skating for the world, but rather for all of Canada.

For many Canadians, the 2010 Vancouver Olympics was a moment for the country to shine on a global stage, and Canadian pride and patriotism was in full force. Tessa and Scott rose to become symbols of that Olympics eight years ago and of great Canadian achievement. Back in the global spotlight again, their on-ice chemistry and passionate performances has allowed them to reach new heights of celebrity status. When their legion of fans around the world took to their social media accounts to cheer for the gold medal win of the duo draped in a red and white flag with a maple leaf in the center, in a way, the world became a bit more Canadian.

Alessandra Cicci is a fourth-year student at St. Mike’s studying Political Science, Italian and European Union Studies. She is also a USMC Commuter Don and is involved in the G7 and G20 Research Groups based at the Munk School of Global Affairs.