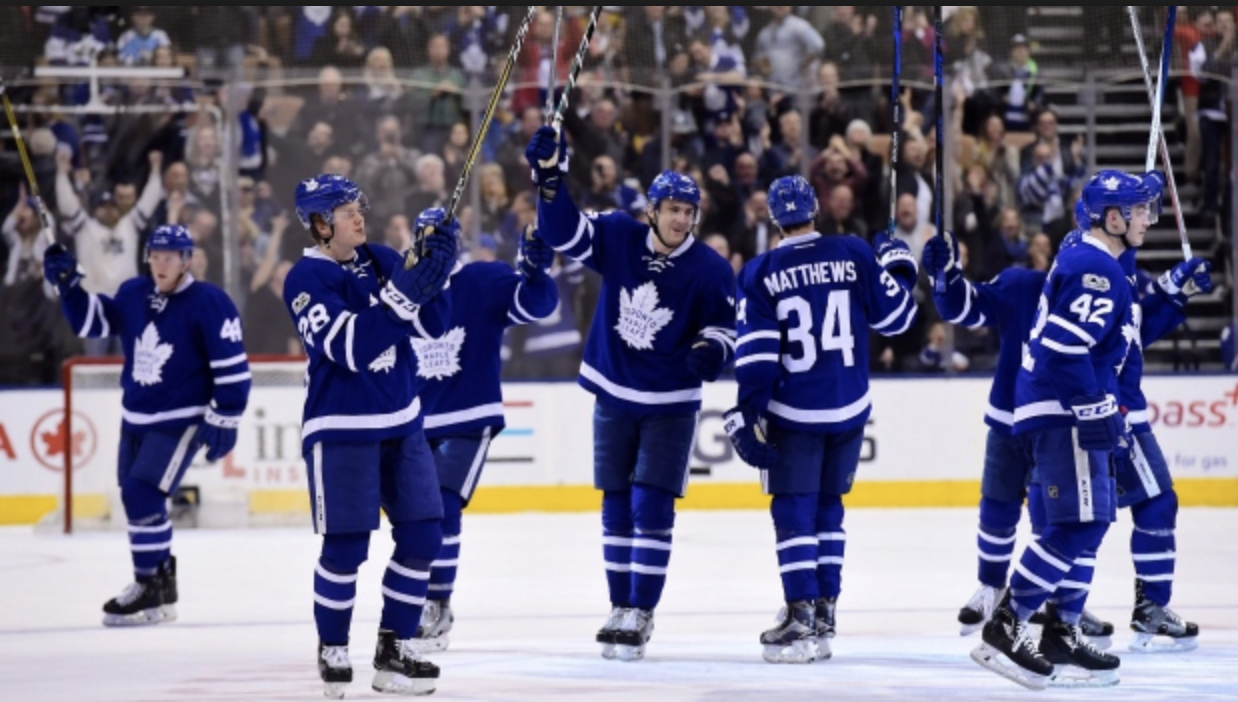 Ah, everybody’s favourite sports franchise. Read: franchise with the most daggers to the hearts of its long-suffering fans in recent years. The Leafs were perennial contenders in the years preceding the NHL lockout of 2004–05 but were absolutely snake-bitten in the years following hockey’s return.

They finished just out of reach of a playoff berth in the two seasons immediately after the lockout, but were not close to qualifying for a chance at the Stanley Cup until 2011–12, when they were in the thick of the playoff race for most of the season only to brutally bow out in the second half of the season. They endured a stretch of 20 losses in 25 games between February and March of 2012 — a catastrophe that then-GM Brian Burke compared to an 18-wheeler driving right off a cliff.

The Leafs finally returned to the playoffs in the following, lockout-shortened season after an eight-year absence, but heartbreak ensued once again when they blew a three-goal lead with 10 minutes left in Game 7 of the first round. The following year, the Leafs were in the playoff mix all season, only to lose 12 of their last 14 games, including 8 straight, en route to missing the playoffs.

These on-ice mishaps — and the litany of ill-advised contracts signed by management throughout the Leafs’ extended time in the NHL’s playoff wilderness — finally led to the Leafs’ brain trust calling for a long-needed teardown and rebuild of the team. Through the selling off of core players and focus on development of prospects in the minor leagues instead of baptizing them in the fires of the NHL, the Leafs slogged through the worst season in team history, with 53 losses and the dubious distinction of worst record in the NHL in 2015–16. This throwaway of a season paid off, as the Leafs won the draft lottery and were able to select generational wunderkind Auston Matthews first overall, kicking the rebuild into overdrive.

Led by Matthews and the rest of the youth movement, Toronto made it back to the playoffs last year, going toe-to-toe with the first-place Washington Capitals and giving them all they could handle for 6 hard-fought games. Only better with experience, this year’s version of the Leafs has already broken the team regular season record for wins — in its 100th year, no less — with 47 and counting at the time of writing. The Leafs look like they will be playoff locks and a consistent threat to bring Lord Stanley’s Trophy back to Toronto for a long time to come.

The rebuild was obviously helped by the luck of the draft ping-pong balls — Matthews had an 80% shot of wearing another jersey before the hockey gods blessed Toronto. However, the shrewd moves made by the front office pushed the Leafs to the cusp of Stanley Cup contender status, and separate Toronto’s rebuild from less successful attempts by other teams (cough, Buffalo, cough). Leafs coach Mike Babcock was asked about the difference in success between Toronto’s and Buffalo’s retooling efforts, and did not deny the luck of landing Matthews, but was quick to point out Toronto’s efforts in scouting, trading, salary cap control, and prospect development. The latter is extremely crucial to the team’s current success — once a dumping ground for fourth-line plugs and albatross contracts, the Leafs’ affiliate Toronto Marlies has been revamped in recent years to serve as the high-performance training ground for many current Leafs, such as Nazem Kadri, William Nylander, Connor Brown, Zach Hyman, and Jake Gardiner, to name a few.

This year, speedsters Kasperi Kapanen and Andreas Johnsson plied their trade in the minors before getting the call to contribute to the big club. 2015 second-round pick Travis Dermott spent all of last season and most of this year honing his craft with the Marlies before a January call-up provided him the chance to prove a mainstay on the Leafs’ blue line with surprisingly strong play. The success of a rebuild depends not just on the blue chip, can’t-miss prospects to fulfill their potential, but on later draft picks and project players to develop well and pan out with the big club. While the Leafs’ are flooded with youth, more exciting prospects like Jeremy Bracco and Adam Brooks are putting time in with the Marlies in order to have a shot at cracking the team soon. The surplus of NHL-ready and soon-to-be-ready players in the Leafs’ system is the real reason they will be a treat to watch in their quest for postseason glory for a long time to come.