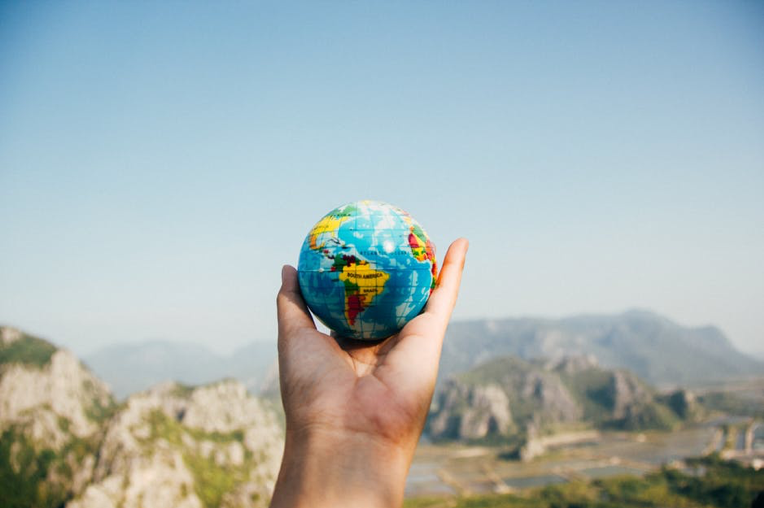 The centering effect of de-centralizing yourself

It was getting dark, but I figured the mackerel didn’t care. I got up from my seat, grabbed a rod from behind the front door, and hiked down the hill to the coast. It was May and St. Margaret’s Bay was calm, flowing north, and very, very black.

I made it to the dock. My uncle had been down there for a while. I called to him and received a wave.

We started chatting — university, work, summer, fishing, the Red Sox, the Blue Jays. More Red Sox. Same old, same old. Then we swerved and landed on the topic of travel. After some back and forth, he threw something out, and it stuck: “The best thing that you can do, I think — the thing that’s helped me the most — is to travel. Travel as much as you can, wherever you can. You learn so much.”

Before that conversation, I wasn’t sure if I wanted to study abroad for second semester. I’d received an offer from Edinburgh, but I was sitting on it. The whole thing seemed sort of insane: ditching friends and family in Toronto, securing tickets, transcripts, permits — all for what?

But I figured my uncle was wiser than me — not to mention a far better fisherman — so I took his advice and accepted the offer.

After spending a week in Edinburgh, I can see why travel was so high up on his list. Parachuting into a new country overwhelms your ego and smacks you with humility. When you’re hundreds of miles away from your accomplishments and past and friends and family, you’re really no one. You’re invisible and the further away you go, the bigger the effect. You’re a small fish in a big, big pond, and that, more than anything, is what I needed. In the age of social media, selfies, and self-promotion, perspective is rare, humility even more so, and travelling provides an endless supply of it.

Stumbling across Scotland has also taught me that, as far as I can tell, people are pretty much the same anywhere you go. The exotic landmarks of every city — the Eiffel Tower, Big Ben, CN Tower — vary based on where you go. But the people underneath, around, or on these things seem to harbor the same fears, ambitions, and desires. At residence in Edinburgh, much like Toronto, students complain about tuition, stress about grades, drink cheap booze, mock their dons, and listen to Drake.

This pattern doesn’t stop when you leave campus, either. The locals are much the same.

For example, the day after I landed in Edinburgh, I hiked up Arthur’s Seat, a huge, famous hill which looms high over the city, like the shameless tourist I am. The rocky hill is about 825 feet from head-to-toe, or about half the height of the CN Tower.

I took off at about 8:30 p.m., just as the sun was rising. As I skirted my way up, I was surprised: for the most terrifying thing in the entire city — besides, maybe, the roving packs of American exchange students — Arthur’s Seat was, well, pretty easy to climb up. Sure, the rocks squirt out from under you and the wind leans into you the whole way up, but it wasn’t that bad.

As I was approaching the top, I nearly slammed into an older, Scottish fellow. I thought we could slide around each other, but the trails are narrow, and scrambling onto the sides gets sketchier the further up you get. He forfeited and waved me up.

He was by himself. I thanked him, and he raised his eyebrows.

“No, Canada,” I said, suppressing both embarrassment and rage.

“Oh, alright. Are you at school here, then?”

“Yep, I’m at the university here for five-odd months.”

“That is a great thing. I take it you’re travelling while you’re here?”

“Yeah, I hope to,” I said. “Do you have any recommendations for spots in Europe?”

He raised his eyebrows again.

“Well, I’d say Inverness, Aberdeen, Glasgow, Skye — the big ones, you know. But you’ll have a time anywhere you go. It’s really one of the best things you can do when you’re young, I’d say.”