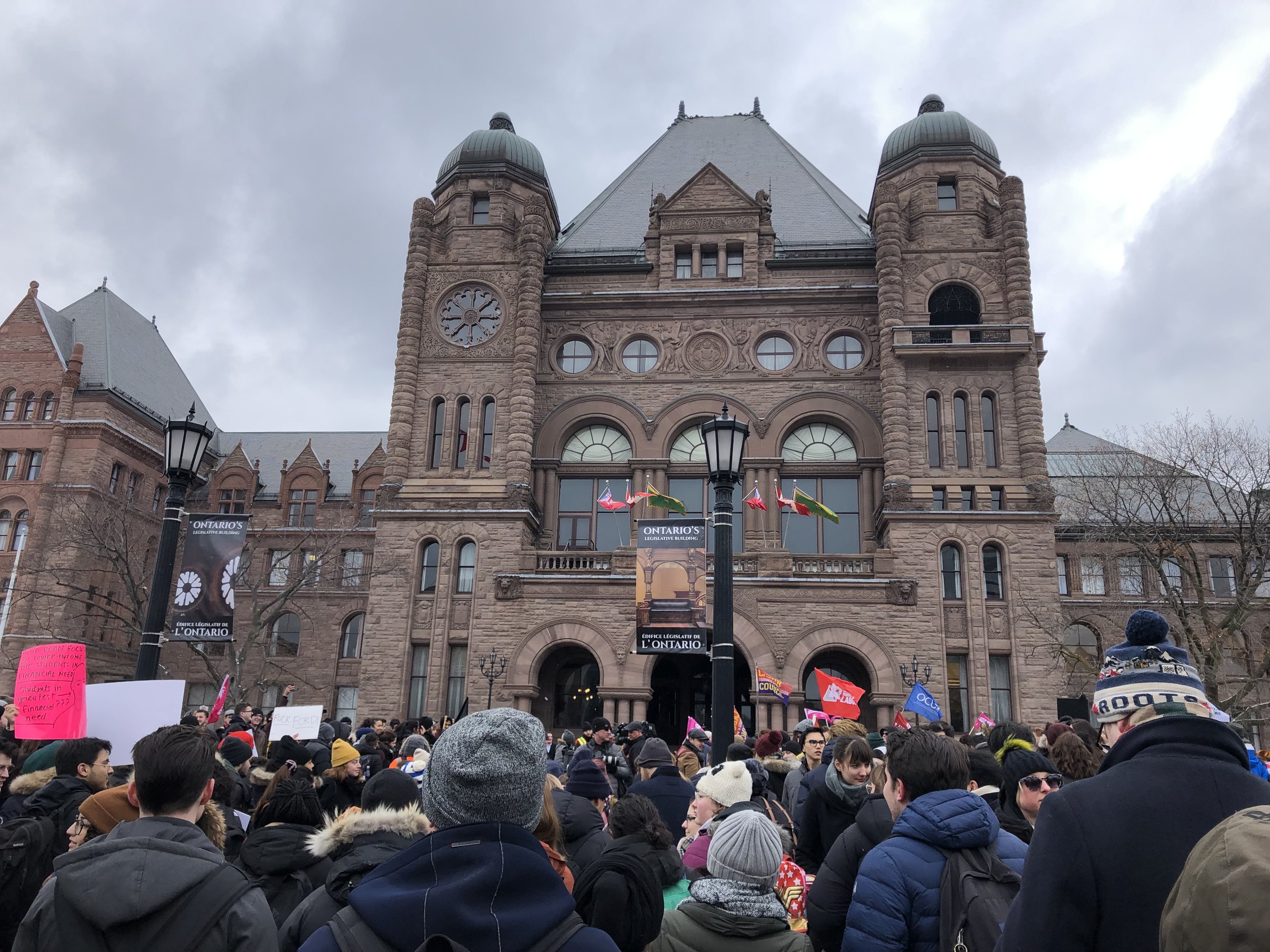 Just a day after Ontario Premier Doug Ford’s Progressive Conservative government announced major cuts and changes to the funding of post-secondary education, student unions and other groups gathered at Queen’s Park in protest.

The changes stated that tuition would be reduced by 10% in the coming year, and that changes to OSAP would also be made, making it more difficult for low income students to receive monetary aid. The six-month grace period for students to repay their OSAP loans that was put in place by the previous liberal government would be removed, and the threshold for students to be able to apply for OSAP would be lowered from a combined family income of $175,000 to $140,000.

As a result of the cuts to tuition, universities in Ontario would lose about $360 million in revenue, while colleges would lose around $80 million. To make up for the loss students will have to pay, which could affect the quality of education that they receive or the sizes of the classes that they are enrolled in. Schools will also have to give students the choice as to where their tuition money goes, making all “non-essential” fees that they pay optional. Fees for services such as health and safety and accessibility will continue to be mandatory.

For students, this means the funding for their extra-curricular clubs and events could be decreased considerably, possibly putting those organizations in unstable positions.

After the announcement on Thursday, January 17, students and groups representing the interests of students congregated at Queen’s Park on Friday, January 18, to show their disapproval for the changes that the provincial government had made. Signs saying phrases like, “Students want FREE education, NOT $1 beer,” and, “I can’t afFORD this sh*t” floated amongst the aggravated crowd.

Ford’s government is attempting to trim the province’s $12 billion deficit through these cuts. Many argue that cuts should definitely be made, just not in the education sector. “The best way to improve the province is to invest in education for all of its residents,” said one protestor.

Ford and his government argue that the cuts will benefit students in Ontario, but people are not convinced. For now, everyone will have to wait and see how the changes unfold.