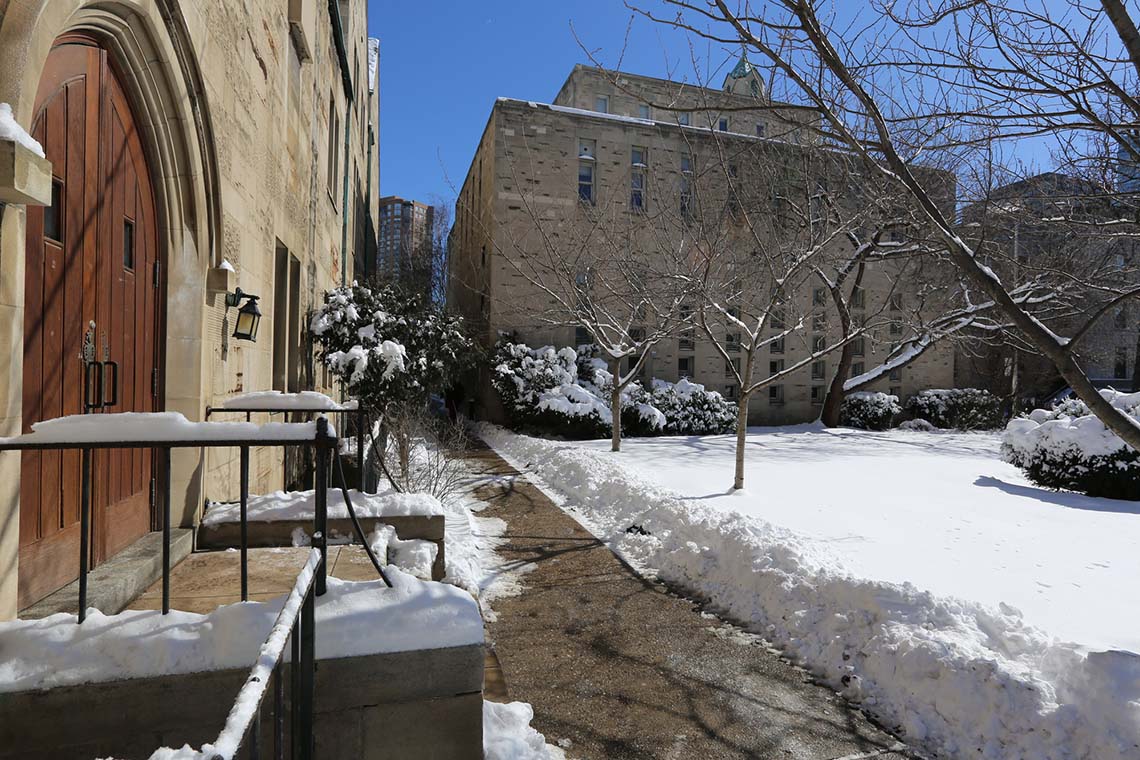 Commitment made to comply with provincial mandate

On December 5, 2018, the Collegium of the University of St. Michael’s College (USMC) voted to officially adopt the University of Toronto’s longstanding freedom of speech policy. USMC announced the move, which was taken in order to comply with the Ontario Progressive Conservative government’s recent mandate to colleges and universities, via a brief statement posted to their website.

U of T’s Governing Council originally adopted the policy in question, the “Statement on Freedom of Speech,” in 1992. University of Toronto (U of T) President Meric Gertler re-endorsed it early last September in a post to the university’s website. According to Gertler, this statement, along with the school’s other policies, reinforces U of T’s commitment to freedom of expression. Gertler highlights that the rights it outlines are made possible by “an environment that values respect, diversity, and inclusion,” as well as academic freedom, which is laid out with greater specificity in U of T’s “Statement of Institutional Purpose” (1992) and “Statement on Equity, Diversity, and Excellence” (2006).

“We have a responsibility as a university community to ensure that debates and discussions take place in an environment of mutual respect, and free of hate speech, physical violence, or other actions that may violate the laws of the land,” Gertler said. He noted that while “[U of T] remains an institution committed to the principle that all sides of complex and controversial issues can be — and are — discussed … we cannot take for granted that this principle will be consistently respected,” and so, “we must all do our part to preserve and strengthen the conditions that support our ideals.”

In August 2018, Ontario Premier Doug Ford directed all publicly assisted post-secondary institutions to adopt freedom of speech policies or risk facing funding cuts. This directive was a campaign promise that followed a number of prominent, highly politicized protests against controversial guest speakers at Ontario universities this past year. His government gave institutions four months to comply with this mandate and design, install, and begin to administer freedom of speech policies.

The policies “[must] not only protect free speech but ensure that hate speech, discrimination, and other illegal forms of speech are not allowed on campus,” reads the August 2018 mandate. It requires that, in order to “monitor compliance, colleges and universities must report annually on their progress to the Higher Education Quality Council of Ontario (HEQCO) starting in September 2019. Colleges and universities that do not comply with the free speech requirements may be subject to a reduction in operating grant funding.” It also notes, “Students whose actions are contrary to the free speech policy are subject to existing campus student discipline measures,” and that any “unresolved complaint[s] against the institution … may be referred to the Ontario Ombudsman.”

The mandate stipulates that “the university/college should not attempt to shield students from ideas or opinions that they disagree with or find offensive,” and, “while members of the university/college are free to criticize and contest views expressed on campus, they may not obstruct or interfere with the freedom of others to express their views.” In addition, it calls for institutions to consider student groups’ compliance with the policy as a condition for ongoing financial support and recognition.

U of T’s freedom of speech policy states that “the essential purpose of [U of T] is to engage in the pursuit of truth, the advancement of learning and the dissemination of knowledge”; in order to accomplish this aim, “all members of the university must have as a prerequisite freedom of speech and expression.” It defines this freedom of speech as “the right to examine, question, investigate, speculate, and comment on any issue without reference to prescribed doctrine, as well as the right to criticize the University and society at large.”

This right extends to “individuals cooperating in groups” who “have the freedom to communicate in any reasonable way, to hold and advertise meetings, to debate and engage in peaceful assemblies and demonstrations, to organize groups for any lawful activities and to make reasonable use of university facilities, in accordance with its policies as they are defined from time to time and subject to the university’s rights and responsibilities.” The use of the term “reasonable” appears to allow the university situational flexibility. In practice, it could become a point of contention.

The policy states that a U of T “where unorthodox ideas, alternative modes of thinking and living, and radical prescriptions for socials ills can be debated contributes immensely to social and political change and the advancement of human rights both inside and outside the university.” During such debates, U of T’s primary obligation is “to protect the free speech of all involved” in order to “allow the fullest range of debate.”

It alludes to necessary limits to the right of free speech, including to “direct attack[s]” that [have] the effect of preventing the lawful exercise of speech by members or guests,” and to the right of the university to intervene in such circumstances. It also acknowledges that “values of mutual respect and civility may, on occasion, be superseded by the need to protect lawful freedom of speech.”

The policy, in its present form, appears to be in compliance with this mandate. However, the current lack of provincial legislative detail (aside from the abovementioned release) makes this fact uncertain — and alterations at the behest of the province remain a possibility.

At present, the only results of the provincial mandate at U of T appear to be the institution of a new oversight measure in the form of the annual report to HEQCO. The effects of the mandate’s call for institutions to make student group compliance with this policy a condition for support remain unclear.