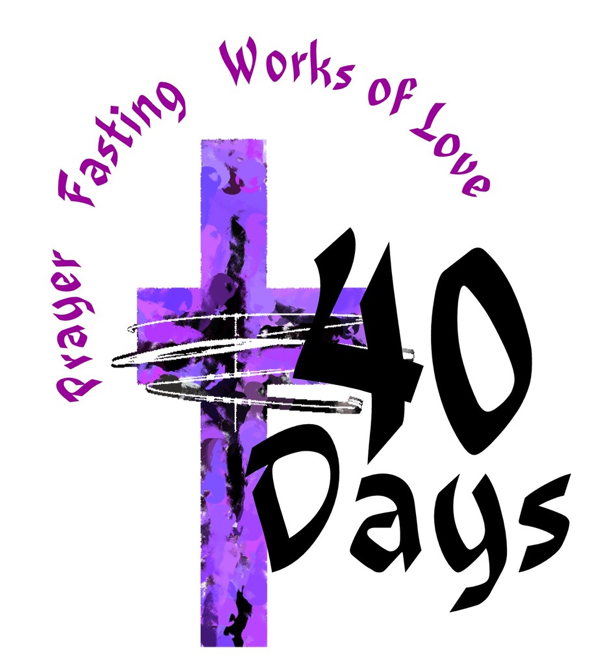 The journey and goal of the Lenten season

Once again, we enter the throes of the Lenten season with its familiar call to repentance on pillars of fasting, prayer, and almsgiving. The Church invites us to collectively consider the ways in which we have fallen short of the Glory of God, and to therefore do penance and turn away from sin. While this all seems to be very succinct language to describe a very intricate and ongoing process, I shall reflect on the meaning of Lent under two themes: the Journey and the Goal. In doing so, I shall illustrate that Lent essentially orients us to focus on our continuous conversion from good to better.

Before actually delving into this theme, I should note two things. First, conversion throughout this piece refers not to a dramatic change in religion or worldview (at least not necessarily). It refers to the process by which we as humans continuously move from our fallen state toward a state of goodness or perfection. To use the language of Thomas Aquinas, it is toward God, to whom all things are ordered. Second, it is worthy to consider the nature of periods of collective pause. What is always striking about them is that quite often, people take the time to consider what they have done and where they go from that point onwards. These events include birthdays, graduations, and, quite especially, Christmas and New Year’s Eve. On such occasions, it is a common thing to briefly glance into the rest of one’s life, and think about how to improve one’s future. Particularly for New Year’s Eve, many undertake resolutions because they see the incoming year as a new era. The old year has come to a close, and whatever I have done is now the foundation upon which I shall improve myself. What does this have to do with Lent? Lent is similar in the sense that it is a period during which devotees are called to individually pause, or at least slow down their pace, and ponder on the ways in which we have fallen short of God’s glory. In doing this, we are called to find ways to correct such habits of failure as the season culminates in the Cross.

Lent firstly invites us to enter into the desert and increase our focus on what we can do to improve our shortcomings. What does all this mean? The Gospels on the first and second Sundays of Lent are always the stories of Jesus in the Desert, and the Transfiguration respectively. These stories, I think, are aptly placed as they do encapsulate how we are called to embark upon the Lenten journey. First, Jesus enters into the desert as a means of pondering on his ministry. In reorienting ourselves toward focusing on our ongoing conversion, one must first recognize the different ways in which our shortcomings become habits and find ways to move beyond them. These may involve acts of changing habits or lifestyles, or may involve some positive act of correcting a past transgression. A very common example is attempting to reconcile with an individual with whom one hardly gets along. To do this reorientation more effectively, one often needs to enter into some kind of desert. The desert for us need not be the Saharan Desert. Rather, it is simply some manner by which we remove the distractions of daily life. In this way, we are able to see more clearly our faults and things we have neglected. It can involve refraining from social media, or devoting an extra hour of daily prayer. Particularly for students, it is often difficult to give up “daily” distractions, because more often than not, these distractions are truly our studies. When we inundate ourselves amidst heavy workloads, we pay less attention to other matters. However, in trying to make the Lenten goal a reality, it is important to find some ways to allow our failings to become clearer. It is for this reason that even Jesus, whenever things became very hectic, often wandered off to a quiet place to pray. The distractions of life, even when they are good deeds, often allow us to lose focus or even ourselves. The journey of Lent in reorienting ourselves toward our ongoing conversion requires us to enter into some form of desert.

The second Sunday’s Gospel is the Transfiguration, where Jesus and three of His disciples climbed to the summit of the mountain where the latter received a foretaste of Jesus’s glory. Climbing a mountain is no easy task. Depending on the height and terrain, it can take weeks. Getting to the top requires perseverance. Therefore, seeing our Lenten journey as such a climb is a helpful way to prepare ourselves for it. This is how Lent is differentiated from the other periods of collective pause. It is not simply a moment or a day where we decide how we are going to become better people. Instead, Lent is a period of continuous reflection on our shortcomings and on how to improve our lives. It is a short period representative of life’s continuous movement from good to better. The prayer, fasting, and almsgiving throughout the season of Lent are like the continuous efforts of enduring through the cold, the rough terrain, and the exhaustion of climbing a mountain. In both cases, these tools take us to a more exalted place, but they are not in the least bit easy, and require an ongoing steadfastness and perseverance. Thus, not only does the journey require us to enter into some kind of desert, but to recognize that the journey involves a great deal of continuous effort.

Ash Wednesday’s Gospel summarizes the three pillars of Lent (Prayer, Fasting, and Almsgiving) under one theme: Genuineness. It is often the case in Jesus’s time as it is now that people often do good deeds for ulterior motives. Specifically, the Gospel refers to those who do good works simply for the sake of reputation and self-aggrandizement. Instead, we must find it in ourselves to do these acts as ends in themselves, and out of mere devotion to God and neighbour. I see this as representative of what the goal of conversion ought to be. Above all, it must be genuine because otherwise, one has not really converted.

For us at St. Michael’s College, we have just had the grand staging of Beauty and the Beast in its 25th Anniversary. I find it interesting to tie this into our Lenten theme, because I have always found Beauty and the Beast an underestimated, yet uniquely moral tale. In short, it can essentially be seen as a story of conversion. A young, notoriously selfish man’s outer appearance is made to reflect what lies within through the power of a spell. To break the spell, his inner thoughts and heart must change to genuinely and selflessly care for another, and in doing so earn the other’s love. This change will then reflect in his outer appearance, and he will regain his human form. For the Beast, the defining moment of his change from selfishness and of his genuine love for Belle is when he sets her free to save her father. In that moment, he made the decision to surrender any chances he had to regain his humanity simply for the sake of Belle and her father. Hence, it became clear that the care he showed her was for no other reason than a genuine love for her. Prior to this moment, it is possible that his focus remained on breaking the spell. In the same way, conversion ought to be genuine. Becoming honest ought to simply be for the sake of honesty. Becoming selfless ought to be for the sake of selflessness. Fasting, prayer, and almsgiving ought to be for the sake of improving one’s conversion, and not to simply convince myself that I have done my Lenten obligation and therefore good on me! Gravitating toward the pinnacle of conversion ought to be simply for its own sake and for one’s love of God and neighbour, and not simply for the reputation of having done so.

Lastly, conversion on the whole need not be seen as something dramatic, or something that takes place all at once. Henry Charles says, “Ordinarily, conversion is something gradual, and persevering. It has its high moments, and its low, but the commitment it requires to be a better person is usually not dramatic or public, but private and persevering.” Thus, in our journey of entering into the desert and climbing the mountain of ongoing conversion, we are called to recognize that the goal of genuine conversion is in most cases something that continues throughout life. Knowledge and becoming a better person are not things that really ever become complete. Otherwise, we would not need a Saviour. Lent is simply a period of emphasis and reorientation toward something that should be on our minds all the time, namely, in the words of Henry Charles, “ongoing conversion from good to better.”