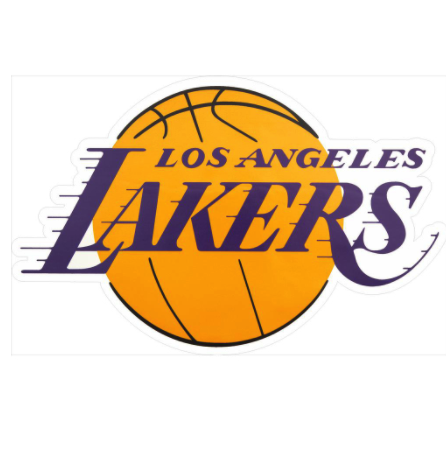 A recap of the Los Angeles Lakers’ lackluster season

Just as quickly as it had started, the Los Angeles Lakers’ only chance at a bid for the postseason ended on March 6 in a disappointing loss to the Denver Nuggets, 115–99. Once again highlighted by poor free-throw shooting, uninspired defense, and more antics from Rajon Rondo, this latest defeat signifies the final nail in the coffin of a wasted year in the career of one of the greatest of all time. Back in October, many experts and fans had them making the playoffs with ease, potentially even seizing a top-four spot in the Western Conference. LeBron James, fresh off of signing a deal paying him an average of almost 40 million dollars a year for the next four years, had just finished up one of the best seasons in his esteemed career that saw him play all 82 games and lead the Cavaliers to the Finals as a fourth seed. The sky seemed the limit for James’ new squad that sported a group of promising young talent mixed with an interesting collection of veterans on short contracts. So where did it all go wrong, and what does this mean for the future? There is no simple way to put it, but a mixture of poor decision-making with bad luck seems to account for it.

NOT SO MAGIC JOHNSON

While the Lakers certainly had an interesting squad in October after a busy offseason, it was seen as more of a project than a contending squad. While players like Lonzo Ball, Kyle Kuzma, Brandon Ingram, Josh Hart, and others were expected to break through and find their spot in the starting lineup, Magic Johnson had signed a plethora of different veterans to strange contracts to guarantee space for a max free-agent the next summer. These players included the likes of Lance Stephenson, Michael Beasley, JaVale McGee, as well as others that came together to resemble a group of misfits. Due to the ultimate goal being landing a superstar player in summer 2019, they couldn’t commit to many, if any, younger players that needed extensions. This lead to trading D’Angelo Russell and letting Julius Randle walk, both of which were poor decisions in hindsight. While trading away Russell brought back an asset which lead to Kuzma and allowed the Lakers to dump the massive contract tied to Timofey Mozgov, keeping him for another year to potentially use him in a package for Anthony Davis seems like it could have worked. Letting Randle walk, however, was a disappointing move, considering he signed for two years at 19 million dollars with the Pelicans, an extremely reasonable contract. Given the fact that the Lakers haven’t had a proper centre this season, forcing them to play Kuzma at the five and signing Chandler Parsons mid-season, Randle would have been much appreciated this year. At the trade deadline, trading away promising young centre Ivica Zubac for Mike Muscala was a laughable deal, and in retrospect actually hurts your brain to think about. There was no reason to trade their best prospect at the big man position, especially for an older veteran with little to no upside, and they’ve paid the price for similarly short-sighed decisions in recent memory. While the decision-making by the front office could have done a lot better, the Lakers were not immune to unlucky injuries this season as well.

Bad decisions made by the front office are bound to handicap any NBA team, but it also takes some bad injury luck to truly create a season to forget. These injuries struck the Lakers in the shape of a sprained ankle injury to sophomore point guard Lonzo Ball, a hip injury to forward Kyle Kuzma, and finally a groin injury sustained by superstar LeBron James on Christmas day. In LeBron’s absence, the Lakers went a disappointing 6–11, going from a 20–14 record following a win over Golden State to almost .500 at 26–25. Since his return, they have sorely missed the defensive stability and keen playmaking they were so accustomed to with Ball on the court. Recently highlighted by Kuzma’s desperate attempt to force James to actually play defence instead of standing around in the paint by shoving him to contest a shot, the Lakers defence has been extremely lack-luster with Ball out. Ball, an oversized 6’6” point guard, makes up for his poor shooting and lack of options on offence with stifling defence that takes some weight off of his teammates’ defensive responsibilities. His playmaking also opens up options for the Lakers on offence, taking some weight off of James’ shoulders as the primary ball-handler, something that they have gravely missed in the last month and a half. Given their recent stretch of play, many fans have realized how important Ball is to the Lakers’ success, and that while LeBron James is LeBron James, he can’t do it all himself in the Western Conference.

ON THE TRADE BLOCK

Despite their poor performance in the second half of the season due to injuries and a sub-prime roster, many people may highlight the failed attempt to trade for Anthony Davis as the biggest reason for their collapse. Early in February, the Lakers offered a package of Lonzo Ball, Kyle Kuzma, Brandon Ingram, and a collection of picks for All-NBA big man Anthony Davis. While the package was without a doubt one of the best they could have received, the Pelicans turned it down, opting to wait until the summer to deal arguably the best player in franchise history. This failed trade attempt was followed up by a loss that was the worst in James’ career, a 42-point defeat to the Indiana Pacers. Ever since then, there has been what appears to be a rift between the young players and their all-time great leader, and how could anyone blame them? It’s already tough playing in perhaps the biggest market in the NBA with thousands of journalists waiting for a drop of blood in the water to pounce on any player that shows weakness, and it’s only tougher when your supposed leader is trying to send you off to New Orleans. James signed with the team in the summer with the hope of being able to gel with the young players on the Lakers roster, creating chemistry and helping them develop for the future. Instead, he damaged his relationship with them, as he was one of the biggest drivers for the trade for Anthony Davis, one that would give away the three best prospects in their pool. As a young player looking to make their mark on the league, having an all-time great teammate that views you as an asset more than as a teammate is a tough thing to deal with, and the chemistry between the Lakers players hasn’t been the same since. Going into next season, they don’t know if they’ll even be on the roster, and playing with that at the back of your mind has got to take away from your focus on the court.

HOPE FOR THE FUTURE?

LeBron James is not superman. In a Western Conference this deep and tough to play in, he can’t carry this roster to the Finals himself. He needs help, whether it be from a break-out year from his teammates, a trade for an All-Star, or a max-level signing in free-agency, and after a disappointing year like this, everything that seemed all but guaranteed last year is going down the drain fast. Players may start finding less of an appeal to play with James in a stacked West, while the younger players may be looking for a different opportunity elsewhere. Regardless, it will take a lot of work from LeBron, Magic, and the rest of the Lakers’ office to put together a roster next year that can truly compete with the best, and after a season like this, it will take a miracle to put them over the top.