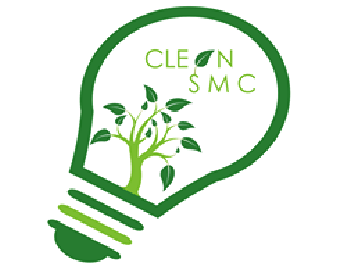 Climate change is an especially relevant topic on the global scale, with news and media consistently releasing novel information on the current state of global warming. In light of the adverse effects civilization has had on the environment, student groups help educate and mobilize the community. One of these groups at the University of Toronto (U of T) is Clean SMC. While based within the University of St. Michael’s College (USMC), the organization operates throughout the campus.

Initiated in 2017, Clean SMC’s objective is to promote sustainability and create opportunities for students and administration to work together in making the campus an environmentally aware space. The Mike spoke to founder Damian Diabase to gain an insight into the organization, and the work that it has undertaken since its commencement.

Clean SMC has accomplished a number of milestones through its last two years of operations. One of these incudes reducing the plastic waste at Kelly Cafe, and this year it is set to acquire funding through federal and student efforts in hopes of switching the external light system from fossil- to solar-powered. It has also been fundraising for bee conservation sites and recycling bins which will be allocated on campus.

Fundraisers are an opportunity for the club to highlight the importance of sustainable habits, and range from succulent sales to painting your own tote bags. Its aim is to educate and expose the community to sustainable practices and the realities of climate change. Therefore, Clean SMC often provides students with subsidized tickets to installations within the city that focus on the effects of climate change.

This organization is mobilizing students on a micro level to raise awareness about this critical topic with the hope that U of T will set an example for other public and private institutions to do their part. Climate change is an often daunting reality, but student-led initiatives aim to provide students with the opportunity to make a difference and incentivize the university to prioritize sustainability.

Clean SMC held a Climate Conference at The Coop at St. Michael’s College on February 27 to educate students on the effects of their actions on climate change. The guest speaker was Megan MacLean, an outreach project leader from Live Green Toronto, who The Mike also had the chance to speak with about the aim of her presentation. Live Green Toronto is a city-run program that aims to promote community-based initiatives to clean air, reduce emissions, and fight climate change. The program began in 2008 and is a part of the city’s commitment to reducing greenhouse gas emissions within Toronto by 80% by 2050.

The core message of MacLean’s talk was to dispel the myth that climate change cannot be fought on an individual level, and she highlighted the various manners in which students can reduce their carbon emissions within their own homes. MacLean hopes that those who attended her lecture “took away a sense of confidence in that we can, together, reach our climate goals and that they can play a role in several important ways.”

Student-led initiatives often have difficulty in motivating students to attend events, so Clean SMC aims to incentivize students by hosting educational yet enjoyable gatherings. It intends to instill a sense of responsibility within the community by working with USMC administration in campus-wide campaigns. Currently, Clean SMC is recruiting for the upcoming academic year and details of its next meeting can be found on its social media platforms.