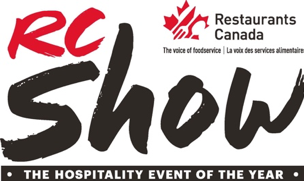 A look into Indigenous Chefs in the 2019 Restaurants Canada Show

Across Canada, Indigenous peoples still bear the wrath of our country’s cruel and unethical past; a history of division and determination, characterized by the assimilation of Indigenous peoples into Western tradition. Canada’s tumultuous relationship with its Indigenous communities is most recognizable through political lenses such as social policy and legislation. However, it seems as though individuals can analyze Canada’s relationship with its Indigenous communities beyond a political sphere and in turn into social life. The 2019 Restaurants Canada (RC) Show hosted in Toronto February 24–26 featured three of the country’s most accomplished Indigenous chefs: Norma Condo (Mi’kmaq Catering Indigenous Kitchen, Montreal), Joseph Shawana (Ku-kum Kitchen, Toronto) and Johl Whiteduck Ringuette (NishDish Marketeria & Catering, Toronto). Chefs shared recipes of native ingredients and skills that have been passed down from generation to generation, allowing Indigenous chefs to celebrate a culture that Canada has historically tried to erase.

The Restaurants Canada Show began in 1945 and sparked annual shows, leaving behind an over 70+ year legacy. As stated on the Restaurants Canada show website the RC Show is a trade show and conference with networking events designed to bring brands to life across all categories. With over 18K+ hospitality professionals in attendance, RC Show is Canada’s largest food service and hospitality event bringing the industry together to shop, taste, learn, connect and grow your business. In advance to sharing recipes with attendees, Indigenous chefs participated in a panel discussion focused around celebrating Indigenous dishes that support the use of ingredients derived from our land and water. The panel discussion gave Indigenous chefs a spotlight on traditional ways of cooking and left audiences intrigued by nuanced methods of culinary work – chefs made sure to clarify that such methods of cooking were not so new after all and have in fact existed for generations.

As a continuous activist for Canada’s Indigenous issues and concerns, my reaction to the 2019 Restaurants Canada Show featuring Indigenous chefs and cuisine was varied in hope and minor disappointment. Although I am humbled with the inclusion of Indigenous cuisine and aware of its role in helping Canada respect and acknowledge Indigenous culture, I could not help but think of the sad realities Indigenous peoples face every day in Canada — those that are not portrayed on a “silver platter,” if you will. Perhaps before incorporating Indigenous culture into a capitalistic industry, Canada should first focus on larger issues that Indigenous communities face. It is no coincidence to me that Indigenous participation in the RC Show received media attention — but what about everything else? Our nation currently faces numerous Indigenous issues that almost never reach media headlines, topics such as missing and murdered Indigenous women and girls, quality of life on reserves, HIV and AIDS crises on reserves, as well as the Trans Mountain Pipeline — the list goes on and so does the silence. It is evident to me that the harsh realities of Canada’s Indigenous communities require attention and most importantly affirmative action. Could it be true that Canada chooses what to show or more importantly what they want us, as the wider public to see? The RC Show paints a picture of Canada’s empathy and consideration for Indigenous heritage while cases are left unheard, violence continues, perpetrators are freed and more Indigenous lives die in the hands of Canada’s mistreatment of the first to occupy what we call home. Although the RC Show brings Canada a step forward into Indigenous recognition and dignifying Indigenous culture, I know we can do more.

With a dark history of colonial oppression, Canada’s Indigenous communities have more often than not been silenced or intentionally unheard. It may be more important now than ever that youth today, both Indigenous and non-Indigenous, recognize the relevance of Indigenous culture and heritage to all aspects of Canadian society. The participation of Indigenous chefs at a national event such as the Restaurants Canada Show sets precedent for youth to engage with native cuisine and respect the work of those who refused to allow cultural assimilation from allowing them to celebrate their ancestry. Indigenous Tourism Association of Canada (ITAC) CEO Keith Henry commented on how “food is such an important part of Indigenous culture, and it is often overlooked. For it is truly possible that the participation of Indigenous chefs in the Restaurants Canada Show may act as a way to keep Indigenous peoples’ heritage present and relevant in Canada.

Victoria Lunetta is a second-year St. Mike’s student majoring in Political Science with a double minor in Women’s Studies and Music Culture. Victoria is an alumna of the Gilson Seminar at USMC and travelled to Rome last May with her USMC class. She enjoys volunteering at St. Mike’s events and participating as a member of the U of T Music Committee.