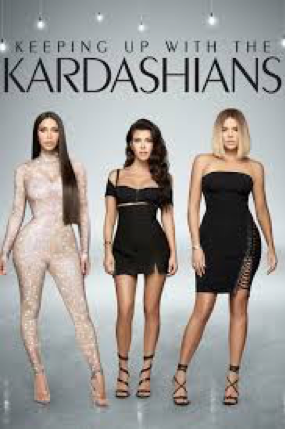 Why you shouldn’t idolize these ‘celebrities’

The Kardashians have built a media empire. Each of the sisters has created their own personal brand and are all globally known personalities. They’ve taken over Instagram, Twitter, Facebook, and on occasion, have made headlines in the news. Kylie Jenner goes so far as to thank social media for helping her attain billionaire status.

They are influencers to the extreme, and not just in terms of products. They have begun to influence the way people think, behave, and see themselves. The saying goes, “The devil works hard, but Kris Jenner works harder.” This cannot be more true. The Kardashians have brought nothing but evil and pettiness to our world and should not be idolized by our generation.

It seems like everyone has an opinion about every Kardashian scandal. The most recent one involves Khloe’s boyfriend, Tristan Thompson, cheating on her with Kylie’s best friend, Jordyn Woods. This isn’t even the first time he has cheated on her — Tristan cheated on Khloe when she was heavily pregnant! Adultery is a never-ending issue in this family, keeping in mind Kourtney’s marital issues with Scott Disick in the past.

Furthermore, in 2015, Caitlyn Jenner caused a car accident in which one person died and seven were injured. But did she go to prison? No. Do I have to explain why not? No. Caitlyn killed a 62-year old woman with no repercussions.

In a different car-related issue, in 2005, Khloe was arrested for driving under the influence. The Kardashians have been known to make fun of Khloe for this mishap, years after it occurred. I must not understand their humour considering I don’t think driving drunk is a funny matter.

The Kardashians are only known for doing shady or horrible things. Aside from the aforementioned issues, Kendall Jenner promoted Fyre Festival, where thousands of people got stranded on an island attempting to attend the failed business venture. Further, the Kardashians have been known to spread gossip and slander their peers.

Don’t get me wrong — I don’t hate the Kardashians. I still see their stories every day. They exist and are relevant because we let them be relevant. I just can’t care to idolize people who have an extremely negative impact on the world. You shouldn’t either. If we make a collective effort to ignore the cloud of evil that is the spawn of Kris Jenner, then the world would definitely be a better place.

If you must idolize a celebrity, have them be a person who has left a positive footprint or has done a meaningful project. Good role models give something back. They do good in the world. They affect a population positively in some way. They don’t do the things listed above. Idolize activists. Idolize the women behind #MeToo. Idolize David Suzuki. Idolize Nobel Prize winners. But please, for the love of God, do not idolize the Kardashians.