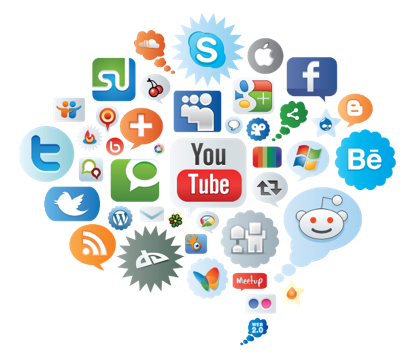 The struggle to stay social in the social media age

Are you an introvert or an extrovert? If you have ever taken a personality test before, you likely know the answer to this question. In fact, the two variants are so distinct from one another that it wouldn’t be surprising if even those who have never sought out an answer know which side resonates with them more. Whereas introverts recharge their batteries by performing solitary tasks (i.e. reading, playing video games, etc.) and feel drained after periods of prolonged social interaction, extroverts thrive in highly social environments and gravitate toward large groups, yet are prone to boredom and waning energy levels while alone.

Seeing as human relationships and interactions are of the utmost importance in any society, it is difficult to deny that an extroverted personality would have the upper hand. Across almost every stage in life, social gatherings play an undeniably important role in our growth and success as people. Our childhood and adolescent careers revolve entirely around classrooms, spaces crammed with around 30 of our peers, whom we are encouraged to befriend and compete with at the same time. Engaging with classmates regularly is sure to result in greater confidence, more active learning, and more positive mental health. However, for introverted students, this simply does not come as naturally as they would like. During young adulthood, parties emerge as key opportunities to maintain and create new bonds, while entry into the working world brings with it meetings and multiple new coworkers to socialize with.

Though introversion and extroversion refer to preference and not necessarily ability, the extrovert’s innate tendency to feel energized in the environments in which one’s value is determined (i.e. school, work, etc.) suggests a clear advantage, while the introvert’s aversion to such settings is indicative of society’s bias against them. After all, calling somebody “introverted” often carries a negative connotation and denotes shyness and/or inability to socialize.

In a world that is increasingly dependent on technology and social media, it is interesting to note how this divide between introverts and extroverts has changed. Upon first glance, the change seems to be positive, as the more impersonal, less direct nature of social media makes it easier for introverts to interact with their peers and experience less of the discomfort that may arise from trying to manage multiple conversations at once. In the past, interacting face-to-face was the only way for introverts to have their voice heard and to connect with others, but now, social media presents an alternative outlet; a quick, efficient way to keep in touch and earn social capital.

That being said, the internet is a big place. With the recent proliferation of new social media networks, many people use their preferred site most of the time and barely interact with those using different ones. In the past couple of decades, services such as Myspace, MSN, and Facebook functioned as social media hubs, which the vast majority of people primarily used. If a real-life contact frequented social media, it was highly likely they could be found on one of these sites (depending on the year). But recently, many users have scattered, opting for platforms such as Instagram, Snapchat, reddit, etc. instead.

This shift serves mainly to widen the gap even further between introverts and extroverts, as both groups seem to hold different preferences based on the platforms’ formats and cultures. Introverts tend to stay away from sites like Instagram, which rely heavily on posting personal pictures, opening oneself to the opinions of others, and exchanging compliments/remarks with other users. In fact, low activity on hyper-social sites such as these (and/or quitting altogether) can leave one prone to harsh judgement and gossip. Indeed, an introvert would likely opt for the anonymity and low social implication of a network such as reddit or 4chan.

The issue that this presents is that the Internet has become a place where introverts and extroverts stay away from one another. Before social media, introverts would be forced to go outside and interact with extroverts, allowing themselves to become more accustomed to social interaction and human connection. Now, social media allows the two sides to carve out their own online niches, thereby limiting opportunity to learn from one another.