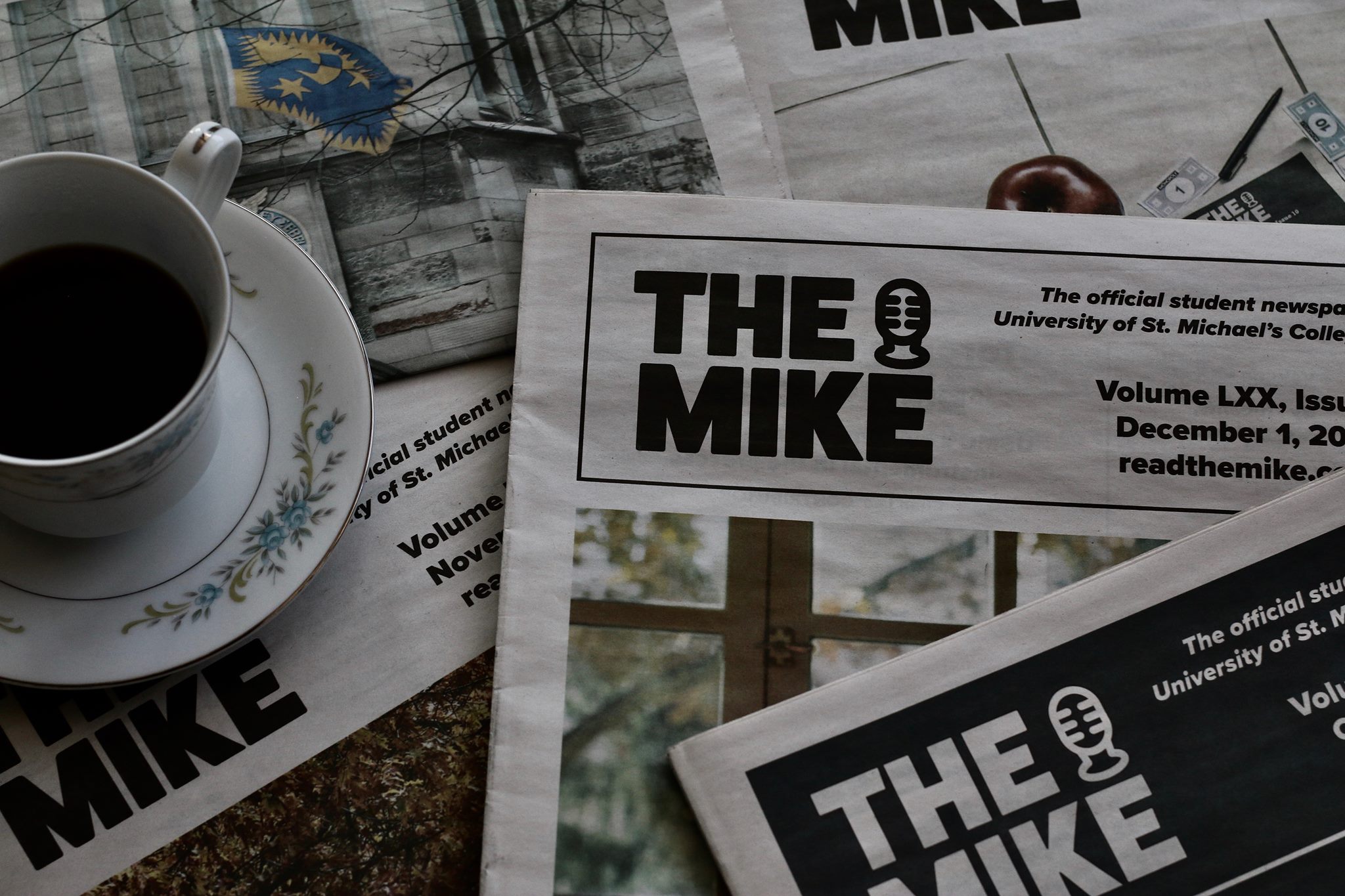 Why greater community engagement is essential to The Mike’s survival

In September, I began my tenure as Editor-in-Chief with an extensive list of overly ambitious goals. I only have a very vague memory of this list — by the time our second issue had been published in October,  my vision for The Mike had changed drastically. The goal of the year became progress, which I believed to encompass an achievable set of goals. I am happy to report that, in many aspects of the publication, significant progress was made. Our many areas of progress include updated editorial practices, continued expansion of our readership, and a growing sense of community within our staff and masthead.

I cannot take credit for this progress. This year, I had the pleasure of working with an incredibly talented, dedicated, and unique set of individuals. Each member of our staff and masthead helped to make The Mike what it is today: an amalgamation of dozens of voices from all walks of life. This year, our team had an energy and a willingness to improve that I believe to be unparalleled by any of our peers. More importantly, they were unafraid of failure in the pursuit of personal and organizational growth. The way I see it, this is one of the most admirable traits a person can have, and one I wish to emulate as I transition to future endeavours.

However, beginning next year The Mike could face considerable impediments to this progress. Beginning the next academic year, “non-essential” student fees will become optional through the Doug Ford administration’s Student Choice Initiative. This will manifest itself in the form of an opt-out option for these “non-essential” fees. As I’ve explained in previous issues, The Mike, along with every other campus publication in Ontario, will fall under the “non-essential” category.

The Student Choice Initiative could be the worst thing that’s ever happened to The Mike. Depending on the extent of the lost revenue  — our only source of funding currently comes from compulsory student levies — The Mike could face significant operational cutbacks. For a publication attempting to separate itself from decades of mismanagement and student apathy, this could be the end of The Mike.

However, this could also be the best thing that’s ever happened to The Mike. A major responsibility of future mastheads will be to convince students that The Mike is worthy of the annual $2.60 it costs. In doing this, my successor, and their successor, will be forced to confront this publication’s shortcomings to an extent that neither I nor my predecessor had to. While, in my estimation, the past two years at The Mike have been tremendously successful, we are not without our problems.

Largest among these is our relationship with the St. Mike’s community. While our readership has expanded immensely, this is not the true indicator of our standing within the college. Future mastheads must prioritize community engagement. I mentioned earlier that The Mike acted as an amalgamation of dozens of voices. In order to truly act as the voice of St. Mike’s, The Mike must be an amalgamation of hundreds, if not thousands of voices. Only then will we have the intellectual, spiritual, and cultural diversity that is necessary to represent an increasingly heterogeneous campus.

Only by addressing this concern, and addressing it soon, will The Mike survive the Student Choice Initiative. Apathy exists in the absence of engagement. Apathy makes The Mike non-essential; it eliminates the need for campus publications entirely. Without an engaged student body, The Mike loses its influence. With a student body that is indifferent to holding authoritative institutions accountable, we lose our power. The individual student is impotent and vulnerable. The individual student cannot effectively fight for better mental health services or improved accessibility on campus. However, when thousands of individuals have a common goal, when thousands of individuals fight for a better campus community, the university cannot ignore us. The Mike presents a unique and powerful avenue for expressing this discontent in a manner that is impossible to ignore.

With my inevitable retirement looming, I present a challenge to both The Mike’s future masthead as well as the St. Mike’s community as a whole: fight this apathy. Each group has a different role to play in this war against indifference. For next year’s masthead, reach out to your community. Find out what really matters to students. Learn to be their voice. For St. Mike’s students, get involved! By the time this is published, the applications for next year’s masthead positions will be open. I encourage every St. Mike’s student to apply for a position. Whether it be a lesser commitment such as Social Media Manager, or a larger one such as a section editor position, you will be doing a service to your college. Even for those whose interests lie solely in writing, contributors are the backbone of our publication. The more students contribute, the higher variation of voices are published in The Mike. Without this intellectual diversity, The Mike cannot be the voice of St. Mike’s.