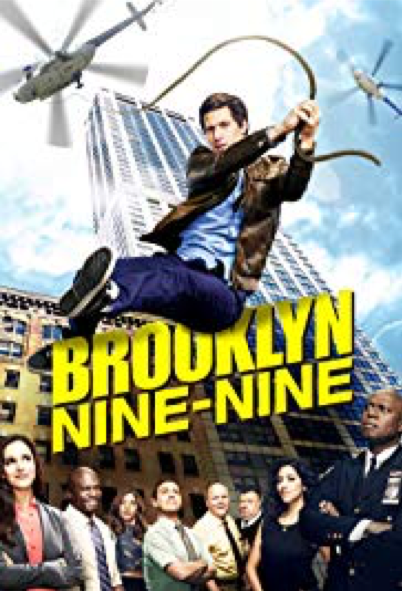 A list of TV shows, books, and music that will turn your exam season into an enjoyable and relaxing one

We’re almost at the finish line of the winter semester, which means that libraries are packed, students are walking more quickly to their lectures, and garbage cans are brimming with empty coffee cups. The atmosphere of the school has become war-like, and it’s almost as if students are about to go to battle with their laptops, books, and notes in hand. Despite the stressful and chaotic exam season, I’d like to think that everybody should reward themselves for their herculean efforts. Regardless, it’s essential that you treat yourself for the hard-work you put into all those late-night study sessions. This exam season, you deserve to have a peaceful, enjoyable, and fun time even while procrastinating for a 2,000-word essay or preparing for a three-hour exam. If you’re on the lookout for great television shows to binge on, background music to listen to, or books to inspire you during the exam season, The Mike’s got you covered!

You might laugh a little bit too hard when watching Brooklyn Nine-Nine or The Office. Brooklyn Nine-Nine is an American sitcom that revolves around Jake Peralta, a hilarious and immature New York Police Department detective, as he fights crime with his fellow detective friends. The Office interweaves the stories of an office’s employees as they all work and — believe it or not — have fun with their boss at Dunder-Mifflin. Jim Halpert’s wild pranks on Dwight Schrute or the Boyle-Peralta tandem can turn any stressful and gloomy school day around.

If you’re looking for an action-packed and heart-wrenching fantasy narrative with themes of corrupt families and warring kingdoms in order to forget your real world problems, then Game of Thrones is the perfect show for you. This show has everything: suspense, romance, action, beautiful cinematography, and picturesque European landscapes. If you’re trying to catch up on all the episodes before the long-awaited season eight premiere this coming April, then now might be the perfect time to start. Just don’t fall into the all-too-familiar trap of finishing seven episodes in one day or you might end up not studying for your exams at all!

When you feel like stepping away from your work, a dose of eccentricity and weirdness might help relax your mind. The whimsical adventures of Jake the Dog and Finn the Human as they travel around the Land of Ooo in Adventure Time will give you exactly that and so much more in approximately 11 minutes.

If you’re in a creative rut for an upcoming essay or you’re feeling doubtful with the path you’ve chosen, Elizabeth Gilbert’s book Big Magic: Creative Living Beyond Fear may offer the eureka moment you’ve been waiting for. She writes about finding one’s curiosity and being open to inspiration in the face of life’s hardships. If you’re looking for a book on guidance and destiny that’s a perfect read for the bus or train, Paulo Coehlo’s The Alchemist is the perfect way to add magic to those mundane commuter moments. Eckhart Tolle’s A New Earth: Awakening to Your Life’s Purpose may also be of interest to those who are seeking peace and healing in their lives. It’s the kind of book that you’ll want to keep on your bedside table every night.

If you’re the kind of student who studies more effectively with background music, give Heraldo Negro and Mac Ayres’ soothing sounds a listen. Helado Negro’s This is How You Smile and Mac Ayres’ Drive Slow EP are albums that can immediately calm a burdened mind with their respective experimental and R&B styles. They’re also perfect for those early morning cramming sessions before a test. For all-nighters and last-minute review sessions, songs like Boy Pablo’s“Dance, Baby!”,HONNE’s “Day 1”, or The 1975’s “TOOTIMETOOTIMETOOTIME” might be the mental caffeine necessary for that adrenaline boost.