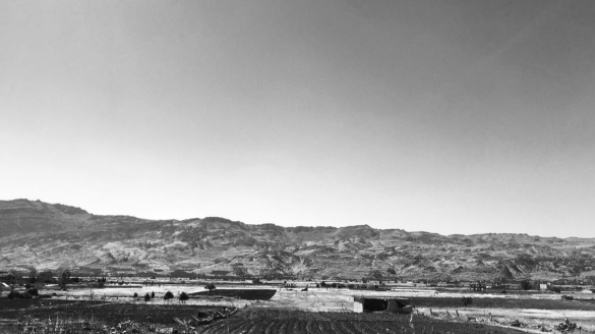 Years of tragedy and news headlines have masked the beauty of a country that perseveres. Syria, known for its ancient history and now for its suffering, has been overlooked by the majority of the world. The misconceptions and stereotypes could not run deeper than Damascus’ plains, deserts, and mountains. Hidden gems make up an entire country as moments amongst kind people form, with a song of acceptance ringing in the background.

Damascus, the capital of Syria, is known as the “City of Jasmine,” with these white flowers growing in volumes in front of homes and across deserted land. These flowers, although simple, carry a heavy scent of nostalgia. Their soft and warm smell is an understatement of the scent that dances in the wind.

In addition to its natural beauty, Damascus’ architecture keeps me in awe. The influences from across the Mediterranean can be traced in its historical monuments in the centre of the city. The Great Mosque of Damascus, or Umayyad Mosque, is one of the many gems in Old Damascus. With four distinct minarets, the Umayyad Mosque expresses timeless designs from Egypt and the Ottomans. The strategic and aesthetic structure manages to gravitate your attention to how grand the mosque truly is.

The Umayyad Mosque conveniently neighbours one of the oldest and largest souks (markets) in the country. Souk Al-Hamidiyyeh can be described as a hub for food, clothing, and jewelry, with pockets of laughter and sweet talk. The souk is built on tight paths bordered by mysterious walls, with chandeliers paving the way to the next spice shop that sells zaatar. Families, mothers, brothers, and friends pass from one store to the next, greeting each owner like they have met yesterday.

As we stand in Old Damascus, at the heart of the city, you feel a sudden brush of wind as children run between tight alleys and roads. Brothers are bickering and sisters are giggling, while an old couple walk hand-in-hand back to their relatively empty home. Broken windows and chipped walls form a pattern and, ironically, make the homes feel worth more than ever before. Light lands in patches between buildings and wires, creating a carpet of shapes and cool shade. A man stands in the corner, fiddling with his misbaha (prayer beads) as he looks up and down the street with almost silent whispers, enjoying his lucky patch of shade.

One of the bigger differences between Old Damascus and the newer part of the city is noise. Cars, and more significantly car horns, make up the soundtrack of the streets. Yellow taxis swerve between cars that should only fit five passengers but have managed to squeeze in eight. Daughters sit on the laps of grandmothers while listening (talking over) to Fairouz, with no complaint in mind.

The car ride leads to one of the most overwhelming streets on the planet (this could be an exaggeration) — Umayyad Square. The name is deceiving, as the street itself is not a square but a roundabout. With no structure, order, or strategy, the roundabout is a risky endeavour. Vehicles of all sizes scatter around the circle, making their way to different exits. The center of the Umayyad Square is the attraction with a simple fountain decorating the chaos.

As you enter a residential street, the noise calms down, and suddenly the smell of cigarette smoke and gasoline fills the air. Families are sitting on their balconies with cups of Turkish coffee and shawls to keep them cozy. The view is incredible both by day and at night. When the sun is out, the mountains and burnt fields cannot be ignored as questions and memories fill up the time until the next round of coffee. Once the sun sets and the adhan has echoed, stars light up the sky. The blue light of the moon seeps through the window as the wind blows the curtains away.

Damascus is the only one of many cities that embodies beauty, scent, texture, and nostalgia in Syria. Aleppo, Homs, and Hama are cities I have yet had the chance to visit, and each of them distinct in its people, culture, and specialties. Although photographs can never do the city justice, it allows for one to observe beauty in the simplest and most hopeful of things.