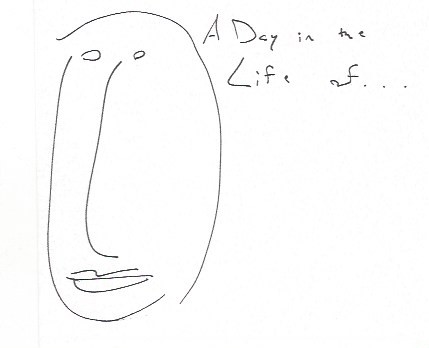 We sat in an Uber Black before the sun had risen driving to the beach. I stifled a yawn as I listened to Shelly Longfellow describe her perfect day. “Wake up, eat something good, go to the beach, then classes, see my boyfriend, finish the day back at home making pasta with my boyfriend.” I asked her who her boyfriend was. She said she didn’t have one but that she was working on it. We were currently on step three of a perfect day for her. The Uber driver was as confused as I was when he saw the destination: driving from The Annex to Cherry Beach. Shelly stared out the window with amazement.

Before we got out of the Uber she had convinced the driver, Jacob, to come out to the beach with us. It was the perfect time for the beach, she said. The sun was just beginning to come up and it was quiet. Jacob and I stood at the edge of the sand as she ran around through it and dipped her toes in the water. I had never seen a 21-year-old with so much joy. She got back from the water and pulled out her phone and called another Uber Black. It wasn’t Jacob who got the call so she thanked him with a hug and we were on our way.

During the drive back to campus, Shelly talked to me about the rest of the day. She had classes at Sid Smith that we had to go to. Shelly is an English major but revealed to me that she doesn’t always get the readings done. “There is just so much else to do!” And it really does make sense why she would struggle sitting down and working through a book. Everything in the world catches her eye. She missed her first class entirely because a first-year asked for directions and then the two of them hit it off and she wanted to give advice on making their time at U of T the best experience it could be.

We finally made it inside Sid Smith and got to her third class, Literature and Psychoanalysis. She sat right at the front of the class and made me sit next to her. She introduced me to everyone in the first row and the professor. I sat beside her throughout the class and watched her notes progress from doodles to real notes back to doodles and finally ending on a note to me saying, “I am SOOOOO bored.”

After the class the professor asked if she could have a word with me. “What did she do?” I had to explain to her that I was doing profiles of people at school. Human interest stuff. “I was racking my brain the entire class trying to think of what would warrant this. She’s a great girl but just a little spacy.”

I met Shelly outside of the classroom. I asked her how she thought the day was going. She gave me a funny look and said that she thought we should be done for the day. Shelly had hoped that there was going to be a connection between us but after spending half the day with me she was just not exactly feeling it. Apparently I was a little too awkward for her. She felt like I was watching her the whole time. I just nodded my head and said goodbye.

This has been a Day in the Life with Thaddeus Borowitz. Check in next time to read about my next exciting campus personality.