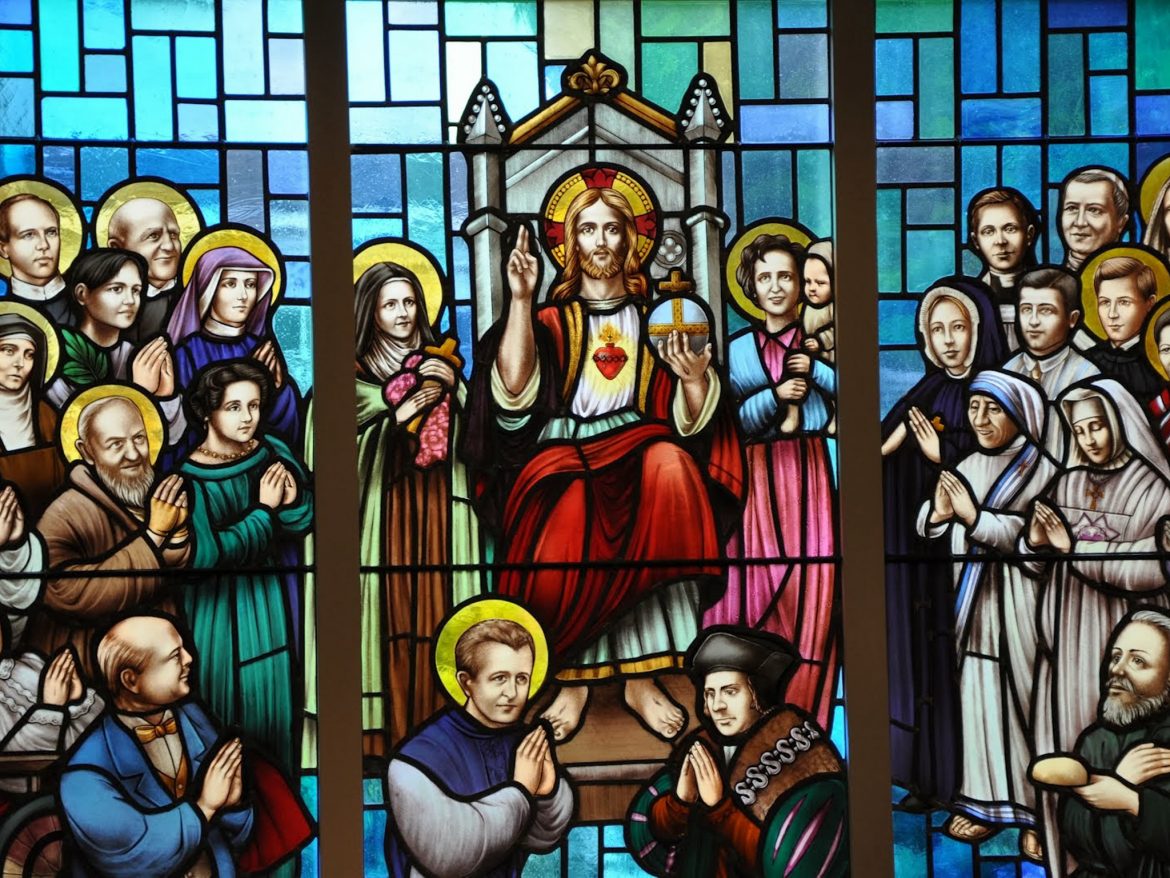 St. Cassian was a schoolteacher in the year 363. He had been a bishop prior to teaching, but was forced to relocate when he was banished from Brescia, the region of his episcopate. The persecution of Christians in the Roman Empire at the time was severe, and when Cassian refused to offer sacrifice to the pagan gods, he was sentenced to a punishment of death with his own pupils as his designated executioners. Battered slowly by tablets and styluses at the hands of small pagan children, he perished. He was canonized in 1952.

St. Mark Ji TianXiang was addicted to opium and died in the Boxer Rebellion of 1900. Many areas of his life succumbed to his addiction, and he frequented the confessional in hopes of regaining control. For 30 years he was denied absolution, because his priest did not understand the nature of addiction, and assumed that Ji lacked genuine repentance. As he was beheaded alongside his children and grandchildren, he was singing a litany. He refused to deny his faith and died a martyr. He was canonized in 2000.

St. Gianna Beretta Molla was lovingly devoted to her career as a pediatrician, to her marriage, and to her three children. She knew that her fourth pregnancy, where a painful tumor was found alongside the child in her womb, was a threat to her life that she had worked to build. When given the opportunity to abort her child and save her own life, she insisted that everything be done to save the baby over herself. Her child was delivered alive and healthy, and Gianna died of septic peritonitis a week later. She was canonized in 2004.

Every year on November 1st, the Church celebrates the lives of saints like Cassian, Ji, Gianna, and innumerable others who lived and died similarly. This day is known as All Saints’ Day, Hallow’s Day, Hallowmas, or the Feast of All Saints. On November 2nd follows All Souls’ Day, also known as the Day of the Dead (or in Mexican culture, Día de los Muertos). These two days that succeed October 31st emit a less spooky cadence than the cobwebs and plastic dismembered limbs of Halloween, the more popular public devotion.

I say less spooky because while these feasts still commemorate death and dying in a shameless way, their objective is less to scare than it is to celebrate and remember. Of course, one would be right to ask, what is it about being beaten to death by styluses, or about opium addiction, or about dying and leaving behind your husband and children that warrants celebration?

The answer lies in the reality that sometimes success can look like failure. In the eyes of the world, death ends all. But for Cassian, Ji, and Gianna, death meant the fulfillment of the paramount desire of their hearts: union with God. Slowly dying for the faith, whether explicitly in martyrdom or more quietly in steadfast commitment to living for the greater glory of God, is the definition of Christian success. This definition derives from the cross, where God hung limp and bloodied and mocked and sneered at until he died. That is the perfect picture of victory, of success, because of how the story continues.

We know this to be true in more simple ways as well. Popular wisdom tells us as much in phrases like, “no pain, no gain,” and “keep calm and carry on”. Winston Churchill is quoted to have said that, “Success means going from failure to failure and not losing enthusiasm”. What these sentiments distill down to is the idea that terrible things will happen, but there is something on the other side of those terrible things that makes up for all the pain.

To pivot to a banal but nonetheless important example: studying for a midterm can be painful, especially when there are many lectures left to watch and few hours left to do so. But on the other side of that midterm is the freedom to move on to the next thing. Even if you fail that midterm, or that class, there are better grades in more enjoyable classes to be attained, and there are dinners with friends, and trips to interesting places, and hugs from your loved ones stored up in your future. It is also important to remember that sometimes falling and failing again and again and needing someone else to pick up your burden and carry it for a few blocks can actually be a sign of strength.

Without a doubt, failure can be scary in the moment and on the surface. Like a spooky ghost or descending spider or unexpected jump scare, failure can burst upon us and rattle our cores. But the good news is that after the spookiness comes celebration. This All Saints’ Day, reconsider the areas of failure in your life in light of those whose entire lives looked like failure, and yet who are commemorated for their success on this day every year.