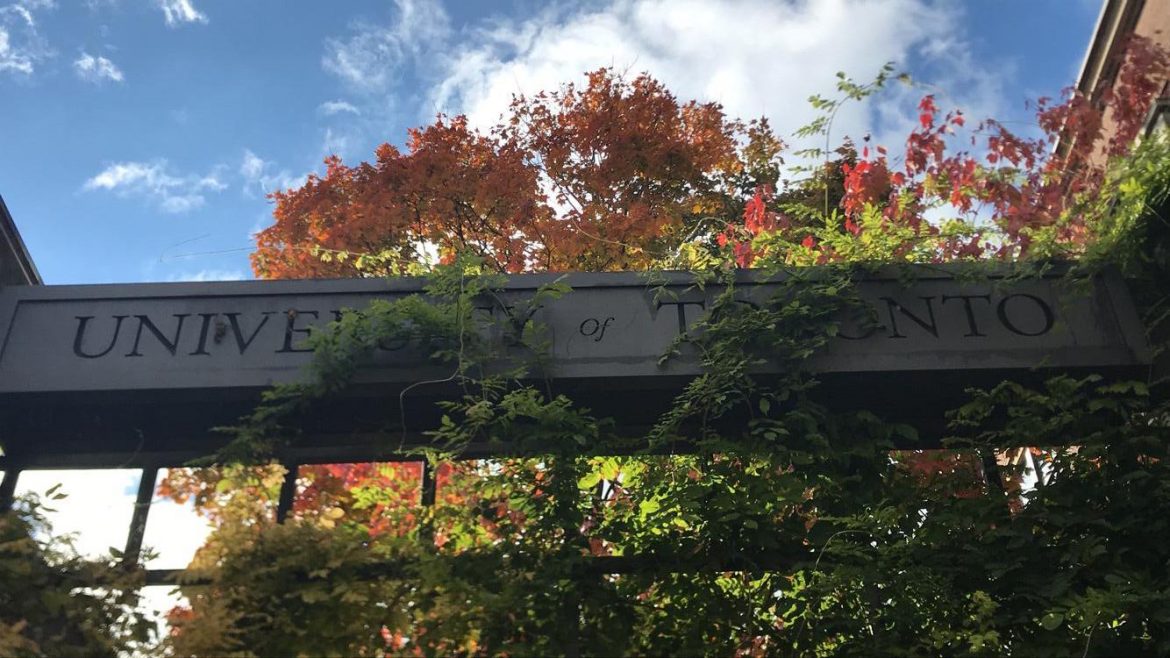 Usually your last year of undergrad comes along with a heavy dose of retrospect, and hopefully joy of time well spent. I’ve summed up what I’ve learned about university life during my past three and a half years at the University of Toronto (U of T) in four slightly sappy pieces of advice to my first-year self.

Remember why you started

I’ll never forget how difficult my first night of university was. My mom and I spent the afternoon on campus, moving in my things and exchanging our excitement about my upcoming year in our favourite city. My roommate was great, my room was fabulously decorated, and my colour-coded school supplies were perfectly in order. Nonetheless, as I laid in bed my first night as a university student, I couldn’t ignore the feeling that I was simply not prepared. I thought I was excited, as I toured campus, enrolled in courses, and bought U of T sweaters, but that first night was not what I anticipated. I was terrified. I wasn’t ready to leave the room I had lived in for 18 years. I wasn’t ready to leave my friends and family at home, and embarrassingly enough, I wasn’t ready to leave the high school I’d grown to love. Despite my roommate sleeping several feet away from me, and the bustling buzz of the city drifting through my window, I felt terribly alone. Instead of focusing on all that I gained by enrolling at U of T, I focused on all that I’ve lost by moving away from home.

If I could appear in first-year Hannah’s bedroom, Christmas Carol-style as the ghost of university’s past, I totally would. I would shake my 18-year old self and stress, to no end, that change is good. Dwelling on the past, I now realize, certainly clashes with setting foot on a new path. Today, I would tell my first-year self that this journey, beginning with that first night in residence, is about looking forward and bringing all the possibilities of the future into focus. U of T is not only a top university in Canada, but it is right smack in the middle of one of the coolest cities in the world. I was accepted for a reason, I enrolled for a reason, and there was so much ahead of me to explore, if only I could see it. I would share the same advice with any student beginning their university experience. At times, change will feel a bit weird, but you should embrace the excitement and novelty that accompanies change. I would tell my first-year self to simply remember why you started.

Put yourself out there

U of T is big. Like, really big. With 60,000 students and 3 campuses in the Greater Toronto Area, it can initially feel difficult to establish a sense of community. As a first-year student, I was fortunate enough to be a member of the inaugural Gilson Seminar at St. Mike’s, a two-part course that took a group of first-year students to Rome, Italy, to study faith and ideas. This course was certainly a blessing, but I wish I had gotten to know my fellow St. Mike’s students earlier on. Granted, we became such a close-knit group by May, during our trip to Rome. If I had put myself out there my first semester, though, I know I would have acquired a sense of belonging much earlier in the school year.

Humans are social creatures. The allure of social media gives us the freedom to spend every second out of class in solitude, but in truth, spending too much time alone couldn’t feel less like freedom. If I could talk to my first-year self today, I would emphasize how important strong friendships are for maintaining good mental health and feeling confident. I would say, “don’t wait until friends come to you- put yourself out there!” Study in groups, confide in others, ask for advice, share successes and high points. U of T can seem big and daunting, but in reality, it is made up of thousands of students who are just like us, who are simply trying to find their way. Granted, I learned to expand my social circle by the winter semester, but putting myself out there earlier would have made my Fall semester more complete, more satisfying. Friendships, after all, are an important thing to take away from university. Kindle them, treasure them, and never be afraid to go out and make them.

I usually don’t like to use sayings, such as, “been there done that,” as they seem rather vague and unoriginal. However, I would say that “work hard, play hard,” is one of the best pieces of advice that a university student can hear. My first year at U of T, I tended to opt for the latter. Enthralled by the vibrant nightlife, food, and art of Toronto, I spent a lot of time having fun. Admittedly, I didn’t spend a lot of time studying at all.

I would tell my first-year self to create a balance. I was lucky to have made close friends by the second semester, but I found myself a bit too caught up in the fun. At least four nights a week I would go out, and studying seemed to get lost in the shuffle.

Schedules eluded me. I would spontaneously seize the day, my actions driven by impulses to re-watching Glee episodes or meet people at Brennan. By fourth year, however, my calendar became a close comrade. Structure is the antidote to stress, so I’ve learned to plan each day in advance, to create an ideal set-up that balances work and leisure. Now, each morning, I answer emails and make a healthy breakfast. Each afternoon, I go for a long walk then work on assignments. Each evening, I complete course readings and do one fun activity. I would tell my first-year self to put work before play, and not to feel pressured to go out so often. There is no end to the fun to be had in Toronto, and I wouldn’t be missing out as much as I thought by just staying in to study once in a while

Sanity is necessitated by structure, and I know my first year self would have benefited from this piece of wisdom.

Live in the moment

In my first year of university, I remember constantly being caught up with what’s next. I don’t mean planning my upcoming week on a calendar, but rather restlessly worrying about the future; worrying about what comes next after undergrad. Live in the moment is the last piece of advice I’d give to my first-year self. As a 4th year student now, I know how quickly university goes by.

My friend and I have an inside joke about our obsession with the U of T Arts & Sciences calendar. It was our favourite website. We would plan courses way too far in advance, go to each other for reassurance in choosing programs, and stress about things completely out of our control and fairly insignificant. I know I should have just stopped and “smelled the flowers” during this time. University is not exclusively meant to prepare you for higher education or the workforce. University is four years of learning, exploring, and growing, and that’s all I needed to know. I would tell myself to plan wisely, but not worry too much about the future. In fact, I didn’t decide what I wanted to do professionally until this past summer. It’ll all work out, young Hannah, enjoy where you are, and you’ll figure it all out in time.

To all first-year U of T students, remember why you started. Put yourself out there. Create a balance, and don’t forget to live in the moment. There is so much good ahead of you!