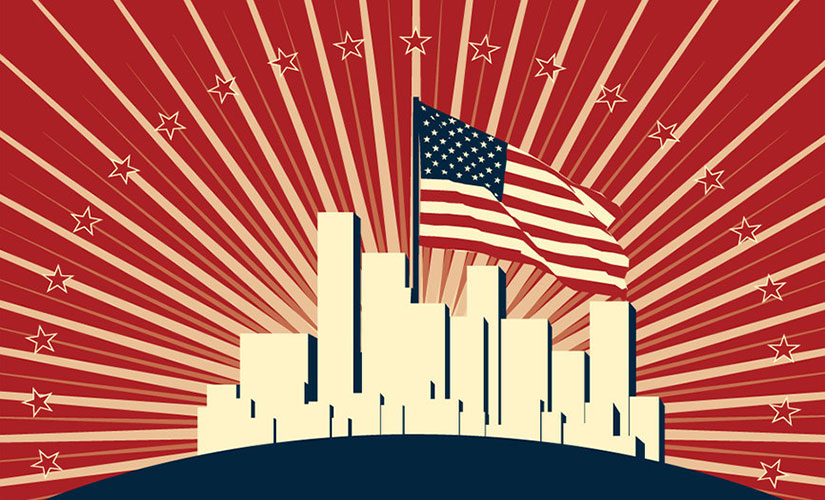 To understand American Exceptionalism, one must first understand the United States’ perception of itself as the purveyor of global democracy. This perception emerged alongside that of the nation, as the founding fathers debated the future and values of this new nation. Beginning as early as the 18th century, the United States demonstrated its firm stance on democracy as it attempted to bestow this democracy on other nations. But understanding this sense of responsibility towards the spread of democracy is tied to the realization that the responsibility does not stand unbiased by the multiple different facets that define nations across the globe. These facets point particularly to the ethnic and religious identities of the nations and territories that are often the subject of American interest. The persistent historical interest of the United States in the Middle East relies heavily on the American perceptions of race and religion, particularly through the lense of ‘Orientalism’, because of prevailing misconceptions of non-European nations and idealization of Western democracies bestowed by American agents over the independent abilities to self-govern.

Beginning from the very emergence of the American democracy after the civil war, the concept of American Exceptionalism continued to grow and spread during the 20th and 21st centuries. What distinguishes the more recent attempts at creating stations of American-sanctioned democracy from previous attempts was the motivation, particularly in regards to competing political ideologies and the threat to American dominance. This specifically speaks to the tensions created during the second World War and the Cold War as the political structures that slowly gained traction in Eastern Europe and Asia exacerbated American foreign efforts to maintain governing structures that benefited them and their national security.

The most prominent of these tensions can be divided into two distinct historical phenomena; the threat of communism and the spreading sentiments of self-governance in post-colonial nations. These two phenomena are essential in the discussion of the Middle East because they converge to create the second Nahda, or Arab Renaissance, in the mid 20th century onwards. As the nations of the Middle East slowly shed their state of formal colonialism and began to emerge as independent nation states, efforts of nation building were bolstered by the desire for self-governance and a rejection of imperial structures.

After decades under colonial European rule, the nations of the Arab world, with Egypt and Iraq under British rule and Syria, Lebanon, Morocco and Algeria under French rule, were freed from the counter-productive structures of governance that not only forced European ideologies onto these nations and their people, but also perpetuated false perceptions of the communities through stereotypes. The movements of liberation in the Arab world, therefore, began to emerge as opposition to these colonial forces, particularly in Egypt, in an effort to expel the exploitative powers and the puppet regimes that were in place. These forces of opposition were then transformed into movements of nationalism and pushes for self-governance once the traditional and obvious structures of imperialism were removed.

The Nahda was a period of great upheaval in the Arab world as it was a defining moment for a region that remained under authoritarian control of other states for decades before. The nations of the Arab world displayed their determination for self-governance through the rise of political parties, literary movements, and new artistic expressions in order to forge a new identity for themselves. And while the United States was not a directly present force in these nations during the early 20th century, the nature of revolution and political mobility that took place in the capitals of Egypt and Iraq allowed for a great point of comparison for the Arab Spring of 2011. The Arab Spring of 2011 will be revisited to help understand the generalized Western perception of the attempts at independence which are essential in order to understand why American policies of expansion in the late 20th and early 21st centuries cannot be discussed without this historical lens.

Though, the United States was only a peripheral character to the movements of independence in the post-colonial Arab world, the notion of self-governance and self-determination under oppressive non-democratic regimes was initially espoused by American President Woodrow Wilson in his discussion on the Fourteen Points. Wilson’s argument and push for national self-determination inspired countries in the developing world to fight for governance that grants them independence. But what is most notable about Woodrow Wilson’s argument for self-determination was not its ability to inspire revolution, but rather it was the limited scope in which the concept applied, and its staunch exclusion of nations in the developing world, specifically nations classified as part of the ‘East.’ This same exclusion is mirrored in a more poignant example through the application of Jean Paul Sartre’s philosophy of existentialism in the Middle East during the 1940s-1960s as the Arab populations were so heavily inspired and moved by the calls to an existentially free life described by Sartre. Sartre’s philosophies of existence inspired the movement of Arab Existentialism that greatly inspired the post-colonial revolutions of the Nahda. But, the reverence of his ideology faltered when it came to the Israel-Palestine conflict of 1948. Once the interests of the Arab world clashed with Sartre’s loyalty to European politics and Israeli rights, he no longer embodied the leader of liberation that he was expected to be.

I present these two ideological examples of Wilson and Sartre because they point to the difficulty in reconciling notions of self-determination and independence that are popularized by the rhetoric of great historical figures with the actual yearning for independence in nations exactly like those of the Arab world. For the ability to gain their freedom from colonial rule and the subsequently established despotic regimes is hindered by the perception that particular purveyors of justice have towards them.

The concept of Orientalism has largely influenced the current perception of the Middle East. Orientalism is a historical phenomenon explored by Edward Said. The concept can be described as a romanticized depiction of the East and its people through the lens of the West. These perceptions paint the people of the ‘Oriental’ world with the broad brush of backwardness and idleness and that seep into the perceptions of routine lives and societal structures of these populations. The perceptions still linger in the contemporary consciousness of the West originate from the historical and literary portrayals that were produced by colonizers and imperialists in the 19th and 20th century. The image that these depictions publicized created an image of insufficiency in the ability to govern and sustain functional societal systems. This is particularly the narrative that sustains the American interventions in the Middle East and Arab world during the 20th century, as these nations were seeking a final emancipation from the clutch of Western governance.

This conversation finally brings us to the 21st century in the Middle East, as the most dominant foreign power is the United States. Spanning from its infamous Iraqi occupation in the early 2000s, to its intervention in the Syrian Civil War of 2011, American military intervention in the  Middle East still largely relies on the self-fulfilling belief that they are fighting tyrannical governance and establishing systems that enable American-sanctioned democracies to emerge. It is no surprise that this American presence in the Arab world during the last few decades was seen as an insult to the fights for liberation against dictatorships. It centralizes the argument for liberation on what the United States views as liberation, which is the dominance of Western democracy and anti-traditional societal structures. For it is the fight to instate this kind of democracy that relies on the previously mentioned Orientalist perceptions because of the narrative that it places on traditional aspects of Arab society.