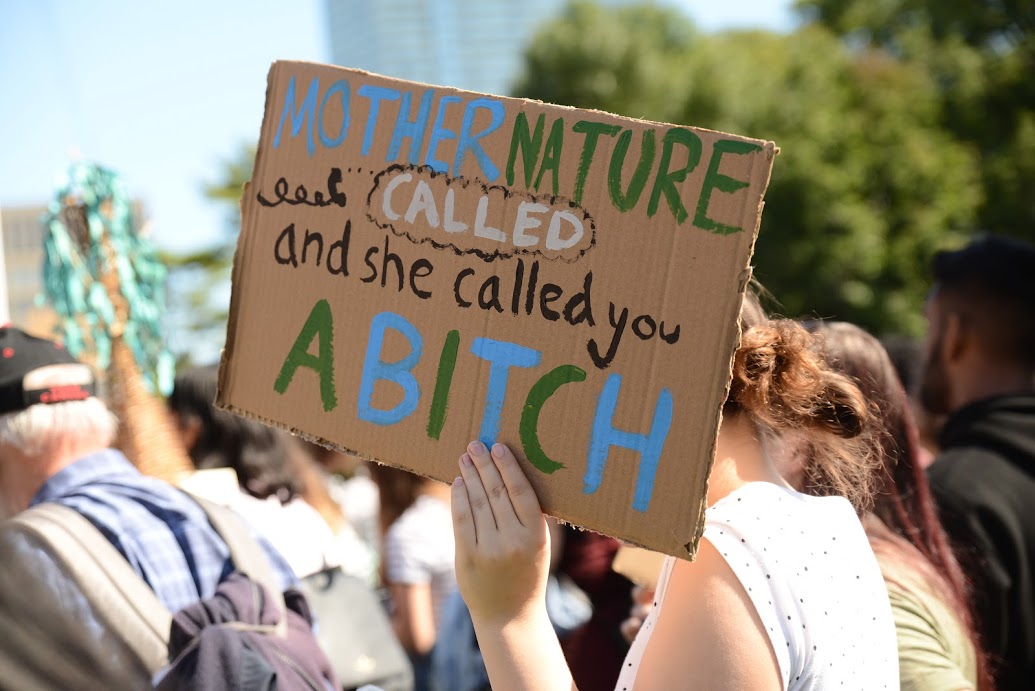 Signs, slogans, and chants are a hefty part of public protest, and when used appropriately, they are very effective in summing the concerns of demonstrators in a few words. Toronto’s climate strike saw both the effective use of signs and posters and the ineffective uses of this medium of communication between protesters and policymakers toward whom the protest is directed.

The use of sexualized posters in expressing concern of climate change was an attempt at a satirical approach to garnering attention, but this only served to reduce the seriousness of the demonstration; perhaps even giving our leaders another reason to sit back and push forward lax climate policies.

It is not unknown that public protest — especially one of a magnitude like the global climate strike — are effective in pulling attention from Canadian policymakers. However, in being large they must be viewed by members of both provincial and federal legislatures as legitimate and serious in their make-up.

When politicians see the sexualized satirical content on posters, they see the need for climate action as a demand of teenagers and young folk, bound to go silent when the strike is over. They see it as a concern only as serious as the posters marked “Let’s Fuck Each Other Instead of Mother Earth”.

Signs that use this form strengthen notions of the young voice as unimportant, when the voice of the young is intellectual, aspiring, and innovative. When television screens and social media posts flare with images of a poster marked “I love being choked but not by greenhouse gasses,” onlooking policy makers are barred from seeing the courage, the strength and most importantly: the seriousness behind the demonstration.

Satire can attract both eyes and ears, but what is most important is the impact these signs have on the now attentive Canadian leaders. Signs with disturbing language and sexual references are not the best way to make our case.

Demonstrations should make evident to our representatives in Ottawa and Queen’s Park that climate change and the efforts we demand for its mitigation are not a joke. These must be portrayed as demands that are the legitimate concerns of Canadians. Demands which politicians must meet!

The way in which we put forth these demands is extremely important, and we as students who will face direct consequences of global warming must be vigorous, but our vigour must be presented in a manner interpreted as serious and credible.