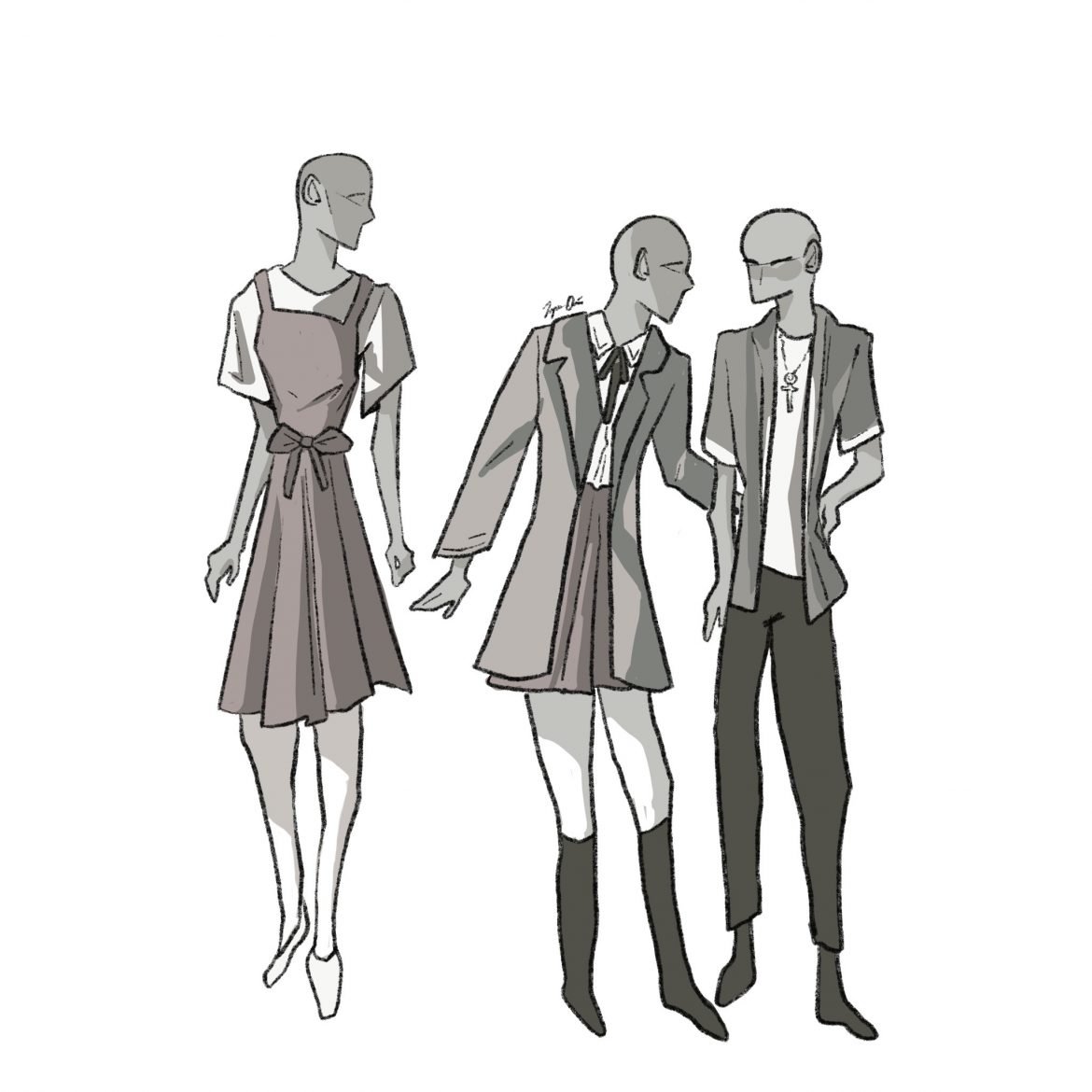 Why you should stop, drop, and dress yourself carefully

One of the rules we often hear referenced in the fashion industry is “wear the clothes, don’t let the clothes wear you.” Vera Wang echoed this when she said, “I want people to see the dress, but focus on the women.” Gianni Versace followed suit by saying, “Don’t be into trends. Don’t make fashion own you, but…decide…what you want to express by the way you dress.” Hubert de Givenchy reinforced it when he argued that “The dress must follow the body of a woman, not the body following the shape of the dress.”

But what does it mean to “wear the clothes”? And what happens when the clothes “wear you”?

When someone wears the clothes, they own them. The clothing enhances them because it aligns with who they are as a person. Rather than overshadowing the individual, the outfit compliments the individual’s presence, personality, and environment. On the other hand, when the clothes wear the person, the clothes steal the show. The person becomes the accessory instead of the center of attention. This could be because the clothes clash with the person’s identity, because of a poorly put-together outfit, or because the attire is unsuitable for the situation.

Research on the psychology of fashion suggests that clothes wear us in some surprising ways. Studies suggest that our attire influences how others respond to us and affect our psychological processes. For example, women who dress more provocatively are rated as more flirtatious, assertive, and less genuine; women who dress more manly for a job interview have higher chances of being hired, and men who wear red are rated as more attractive.

A study published by the Journal of Experimental Social Psychology emphasized the psychological effects that fashion has on people. The study coined the term “enclothed cognition” to describe the effect that clothes have on a person’s “psychological processes” and examined how the meaning associated with a particular item of clothing influenced the wearer’s psychology. It found that when we wear something we unconsciously “embody the clothing and its symbolic meaning.”

For instance, when participants wore a lab coat while completing a task they were more attentive than participants without a lab coat. It seems that since the participants associated lab coats with attentiveness and diligence, they unconsciously changed their behaviour to fit the association.

Why is this significant? Well, for starters, the results suggest that clothing wears us more than we think. Not only does what we wear affect how people see us, but it affects how we feel, behave, and perform. We wear a lab coat, and boom, our attention improves. We slap on some glasses and feel more intelligent. We dress up in a suit and experience a boost in confidence. We wear a black sports uniform and play more aggressively.

With this in mind, maybe the next time we scour our closets for something to wear, we should stop, drop, and dress ourselves according to how we want to feel, act, and be perceived.

Let’s choose our outfits based on the message that we want to convey and the symbol that we want to embody. Because let’s face it, we’re way too interesting to be overshadowed by our clothing.