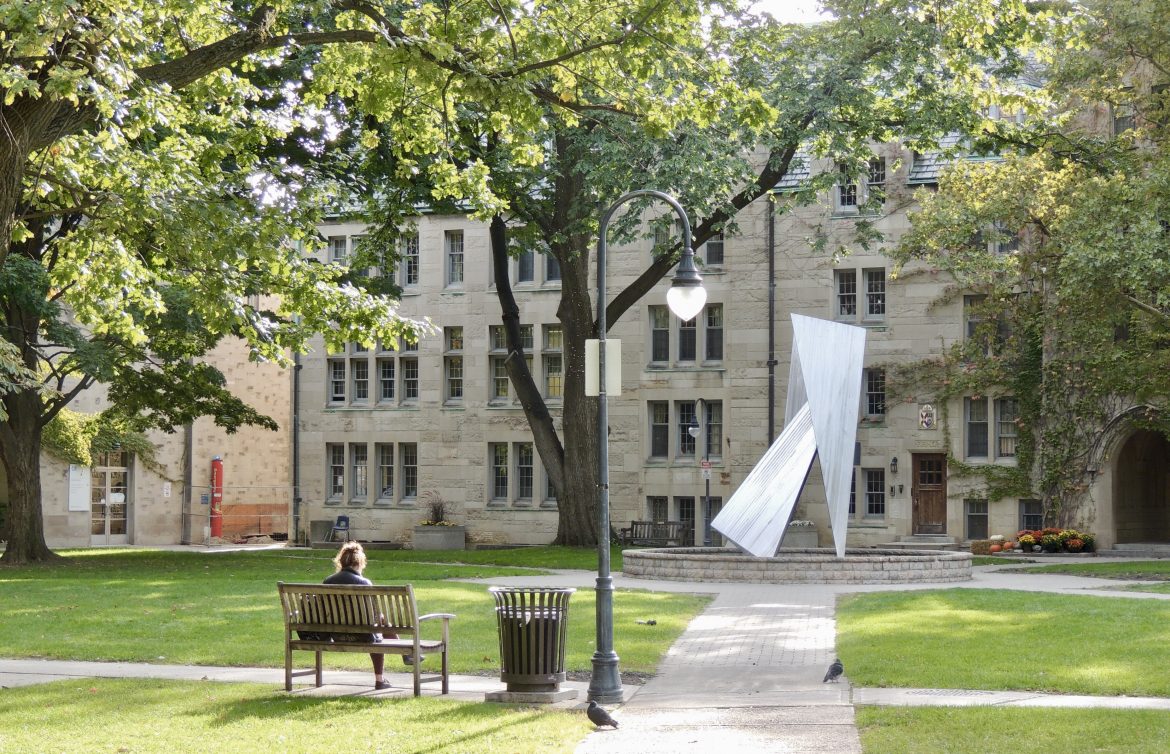 Every morning I wake up bright and early, not because I want to be awake at that time (I am literally the definition of a night owl), but because I live in Vaughan and need to collect my entire life to commute downtown. I always plan out my clothes the night before, but since today was Michaelmas, I decided against my staple “Sophia outfit” – leggings and a hoodie– and instead shook things up and decided on wearing jeans and a sweater vest (I know crazy, right?).

Since I have to wear the same clothes all day, I am always on the side of comfort; but today we had some events happening at SMC, so I had to spice it up a little. After I finally got ready, I grabbed some breakfast with my brother before he dropped me off at the Vaughan Metropolitan Station. It’s at the very top of Line One on the TTC. I then sat tight for an hour-long subway ride.

Usually, when I get downtown the first thing I do is grab a Starbucks and head to class, however, this morning I arrived on campus much earlier, so of course, I made my way to the COOP. With my coffee in hand, I sat with my friends in the SMCSU office until it was time for me to go to class. I eventually made my way over to the Isabel Bader Theatre and learned how to be an entrepreneur for 2 hours in ENT200.

Once my class was over I headed back to SMC to meet with my Accessibility Advisor (because asking for help IS the best thing you can do) to renew my academic accommodations for the year. Shoutout to my advisor Bismah, she’s so amazing! After that, it was time for me to join the fun of Michaelmas and grab some poutine and churros from the Quad.

Once I had eaten something I got to work on my assignments. Since I would be home later than usual, I had two projects I needed to complete for Monday. So, I put my headphones on and ignored the world around me for a few hours and got productive. At 5pm, I had another class I needed to attend – thankfully on Zoom. I logged into my class and stayed there until 8 pm, a three-hour class on breathing activities and mindfulness (take BPM330 if you can, it’s such a bird course). As my class finished I headed over to Firkin with my friends for the first SMCSU pub night of the year! We had fun, ate some amazing food, and chatted until it was time for me to commute back home.

I headed back to the subway with my bestie Alessia (you’ll know her as this year’s amazing Editor-in-Chief for The Mike) and we commuted together until the TTC decided was going out of service at St. Clair West. We needed to take a shuttle bus, but fortunately for us, my brother was able to pick us up at a much earlier spot. We then dropped Alessia off and finally made it home after a long – but extremely fun – day!