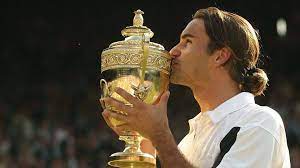 G.O.A.T. or not, Roger Federer was a gift to tennis

As a new era begins, so another one ends. Just days after 19-year-old Spanish wunderkind Carlos Alcaraz Garfia won his debut Grand Slam at the U.S. Open, making him the youngest world No. 1 in the sport’s history, one of the sport’s all-time greats announced his upcoming retirement plans.

Roger Federer, at 41 years old, shared via audio message on social media that he would retire competitively from tennis after the Laver Cup event this September. Federer is a 20-time Grand Slam champion, the oldest world No. 1 in history, the sport’s most beloved ambassador, and (arguably) the greatest player the tennis world has had the privilege of watching.

Born and raised in Basel, Switzerland, Federer’s long and successful tennis career brought him all around the world. But perhaps the defining watershed moment for him occurred while here in Canada.

In 2002, the young prodigy’s junior coach, a former second-string Australian player named Peter Carter, died in a tragic car accident in South Africa. Federer was competing at the annual ATP Masters 1000 tournament in Toronto. Upon hearing the news of his beloved mentor’s death, a distraught 20- year-old Federer supposedly ran through the streets of the city bawling.

Carter’s death devastated him, but this personal tragedy also galvanized Federer to reach his true potential and become a future champion. He won his debut Grand Slam title at Wimbledon the following year, in 2003, and then nineteen other Slams over the next two decades. That’s not to mention his 103 career singles titles, Olympic gold medal in doubles, six tour-end final titles, and record for most consecutive weeks as world No. 1.

Federer was not the first dominant player celebrated for his finesse, shot-making, and style. John McEnroe was similarly admired during his time. But unlike McEnroe, Federer curbed his tempestuous personality early on in his career, while also cultivating his tennis talent. Despite being dubbed “King Roger” at his zenith, Federer was so enduringly appealing because he projected the image of being a people’s champion. He remained a poised, elegant, and down-to-earth personality both on and off the court.

Federer was also one of the few all-time great athletes whose feats were immortalized by an equally great writer, David Foster Wallace — a comparable household name in literary journalism as Federer is to tennis. His 2006 essay “Federer as Religious Experience” remains one of the most insightful pieces of nonfiction writing about tennis, and a panegyric to a masterful player.

Unlike most “G.O.A.T” candidates in other sports, Federer had to prove he was worthy of that status by battling against two worthy rivals throughout his career. First, Spain’s clay-court bruiser Rafael Nadal, and later against the all-court attrition of Serbia’s Novak Djokovic.

In both of these rivalries, Federer often came up short. As much as the Swiss master’s career was a highlight reel for excellent tennis, he also suffered some of the worst losses against his two younger rivals. The 2019 Wimbledon final — where Federer let slip two championship points on his serve, to ultimately lose against Djokovic — is still heartbreaking to rewatch.

Nadal and Djokovic have now both surpassed Federer’s all-time Grand Slam record. Online pundits have and will continue to draw on different facts and figures to justify why their favourite player deserves the status of “G.O.A.T.” In many of these statistical metrics, Federer has fallen behind.

But simply to crunch the numbers and parse over minute details would be a disservice, and would miss the broader point of Federer’s legacy. He has transcended the boundaries of his sport, becoming more than just a great tennis player, but a global icon of athletic achievement. Case in point: just Google the word “tennis” and he’ll be among the first images that pop up.

Above all, Federer, as has been near-universally acknowledged by peers, commentators, and contemporaries, was not only an athlete but also an artist. Like with any art form, appreciation is subjective and deeply personal. And if artistic beauty lies in the eyes of the beholder, then plenty of tennis fans can say they have been witnesses to the most beautiful player ever to grace the court.