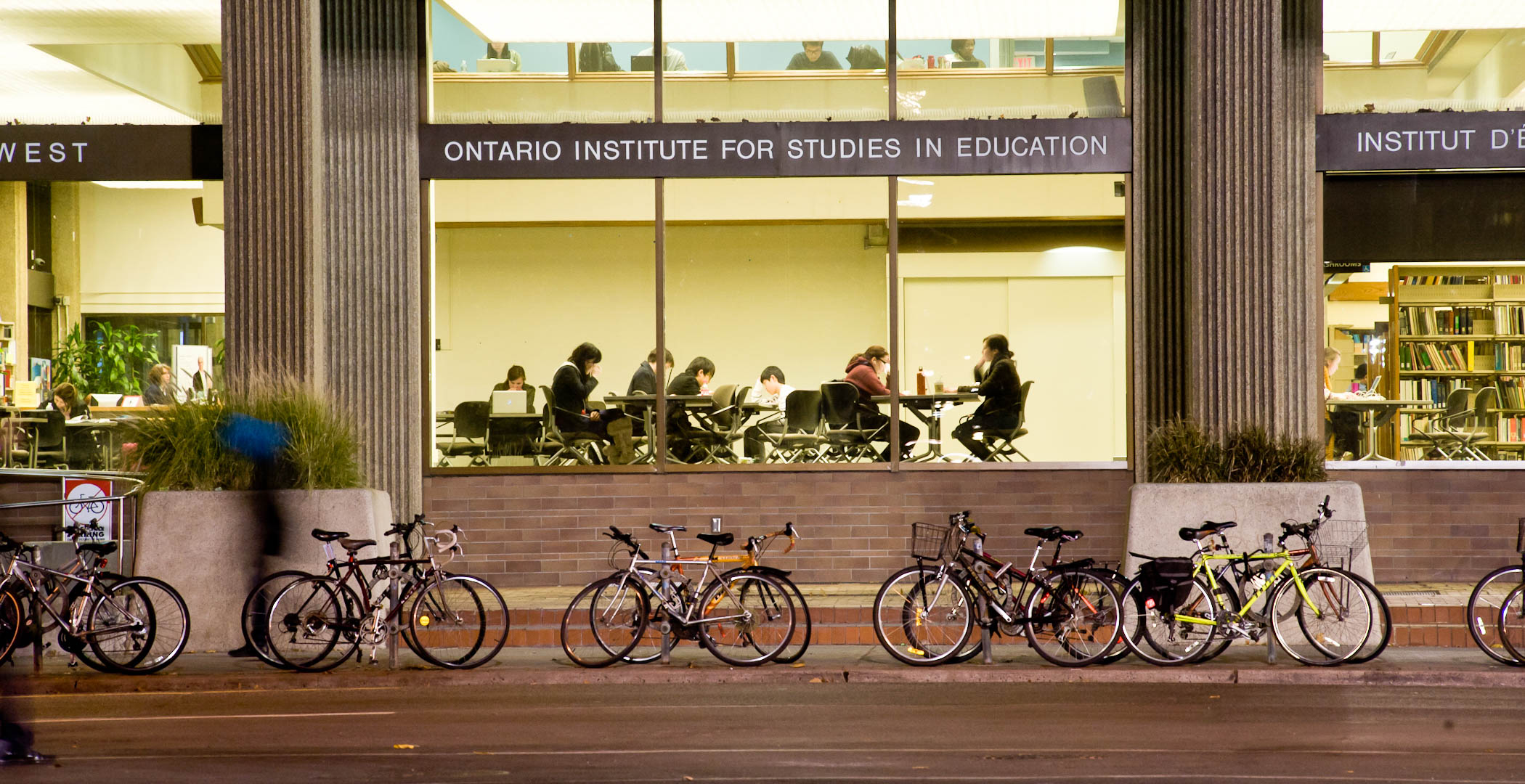 Pending vote on September 24, recognition of the OISE GSA as a UTGSU-affiliated organization may be withdrawn

On September 24 a draft motion that will decide the future for the Ontario Institute for Studies in Education’s Graduate Students Association (OISE GSA) will be voted on: “BIRT [Be it resolved that] the UTGSU General Council terminate the UTGSU’s [University of Toronto Graduate Students’ Union’s] Memorandum of Agreement with the OISE GSA and withdraw its recognition of the OISE GSA as a UTGSU Affiliated Organization.” The vote will effectively decide whether recognition of the OISE GSA as a UTGSU-affiliated organization will be terminated.

This motion is freighted with implications for all members of the OISE student body, many of which come at a detriment to students. The OISE GSA will be rendered unable to adequately fund Special Project Grants, Departmental/Program Student Association Head Grants, Conference Travel Grants, Muriel Fung Awards, and several other sources of financial aid. Students will also no longer have access to incidental fees paid to the UTGSU, although health and dental insurance will be retained.

Liam Healey, Director of Communications for the Masters of Teaching Student Association (MTSA), told The Mike, “If the OISE GSA were to lose its Memorandum of Agreement with the UTGSU, it would change the amounts of head grant funding for a few different groups. It could also set a precedent about disaffiliation from the UTGSU or set new guidelines for how course unions write their constitutions to avoid getting into situations like this.

“This would be rough for OISE as an institution. It would be a major loss of head grant funding that would make it harder for the OISE GSA to support its students. The head grant funding goes to things like conference support for grad students and to the various program and department student associations that allow them to fund various social events, academic development events, and professional development events. Student life would change in a very real way if the OISE GSA loses its affiliation.”

Students were first made aware of this on September 17, when the OISE GSA sent a highly important email to its Listerv. This email outlined allegations from the UTGSU against potential violations in the OISE GSA’s 2019 Executive elections.

This all came about on April 23 when the UTGSU Ad-Hoc Course Union Investigation Committee (adCUIC) was presented by the UTGSU General Council/Board of Directors with the sanction to investigate the OISE GSA Elections “without prejudice, to assess possible constitutional violations, and to make recommendations, if necessary, to General Council.” Since this April 23 sanction, the OISE GSA has been consistently complying with the UTGSU through these allegations.

Desiree Sylvestre, the Outgoing President, wrote in an email to the OISE GSA, “We have been dealing with these allegations for the past seven months […] with regards to the 2019/2020 elections, it was fraught with challenges and we made the best of a very bad situation.”

According to the findings of the adCUIC, “a total of 20 constitutional violations resulting from major moments in the 2019 OISE GSA Executive Elections” were discovered. As of September 19, the GSA has turned to seek an external audit.

These allegations were followed by resignations from both the executives of the OISE GSA and an individual decision to step down by the VP Academic. Resignations from the VP Internal, VP Finance, and the Outgoing President will take effect on or before October 1 with the hope of electing a new student body executive. According to Sylvestre’s email, these resignations will ideally “make room for others who can better navigate the course of action.”

With these allegations addressed, according to Sylvestre’s email to the GSA and in keeping with the UTGSU Bylaws, “the adCUIC recommends to Council that it terminate the UTGSU’s Memorandum of Agreement with the OISE GSA, and that General Council withdraw its recognition of the OISE GSA as a UTGSU Affiliated Organization.”

Healey explained to The Mike some of the implications of this motion. “It would certainly add some additional hoops for Master’s and Ph.D. students to jump through as they find ways to present their research at conferences, and it would change the amount and type of academic and professional development that is available for students. This is especially complicated for OISE as so much educational scholarship happens here, [and] it may make it harder for the great work that OISE students are doing to become more widely available and applicable outside of the academy.”

Healey also spoke to the current political climate regarding education. “Any group that uses student fees as a source of revenue are hurting from things like the Student Choice Initiative brought in by the provincial government. While it is important for us to continue to find ways to make education more accessible and equitable, removing funding from course/program/department unions and associations who are actively trying to support students in furthering and deepening their education may not be the best way to do it.”

Update: The motion to disaffiliate the OISE GSA from the UTGSU was passed on September 24, 2019 by the UTGSU Council.