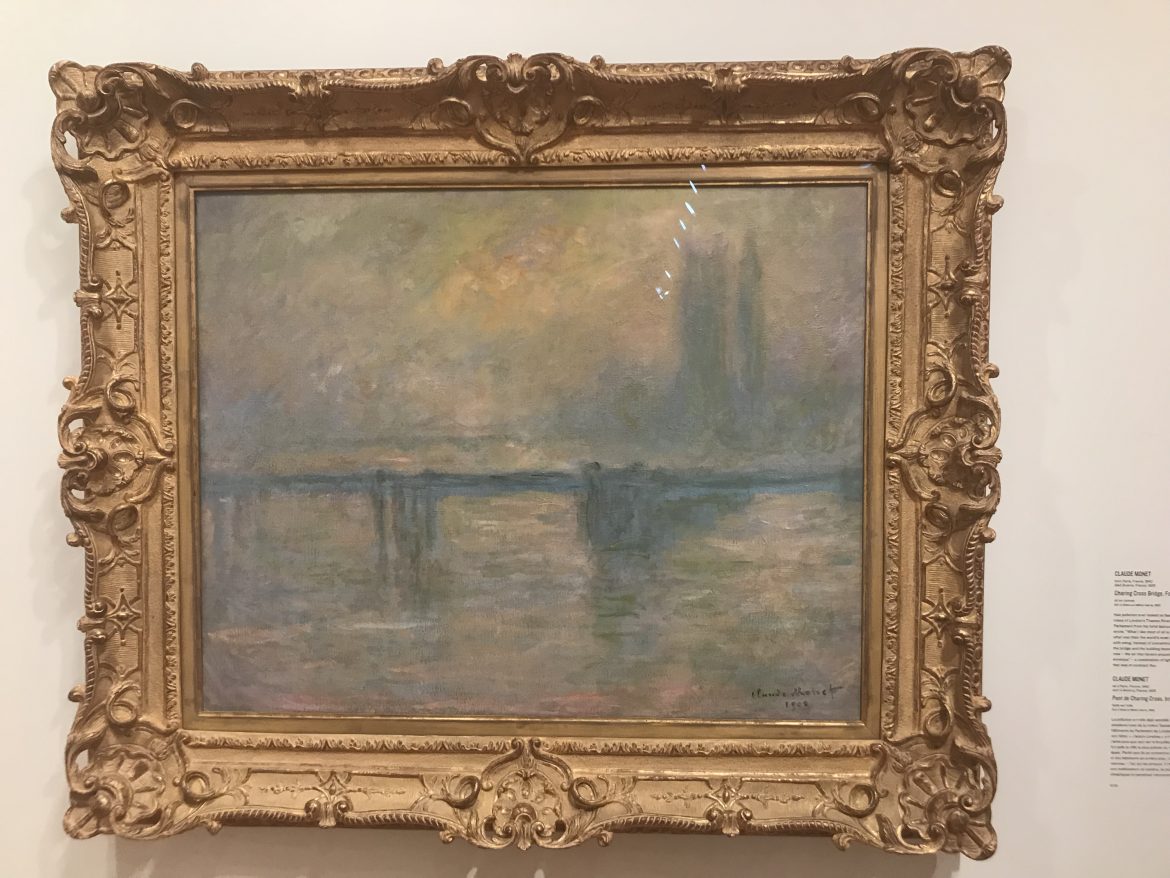 A letter to incoming students from someone in their final year

I remember a morning in early September 2019, when St. George Street was coated in the barest fog and the world felt just wide enough that I could disappear. In a letter to a friend, I remember writing, “it’s just this mass of people and students and there’s a pulse in every street sign, in every building. It’s so easy to be lost.” I remember feeling excited about all that. It was a marvellous idea, to be invisible — in the sense that I could be anyone and no one would know any different. “I can just stand in the middle of everything and see and hear and learn so much. It’s hard when you care too much about what you’ll look like or who you’ll be — but then right now in my life, no one minds and it’s all up to me and sometimes I just smile because isn’t that amazing?”

Some of my favourite memories from first year are the ones that I felt lost in. They felt large and overwhelming, but welcome nonetheless. Now, in my final year at U of T, they’re more like impressions. They’re these glimpses of light in the ways I’ve painted them in my mind. As I write this, it’s easier to look back and reflect on what I’ve learned and how I’ve grown. At the start, I found myself in a state of overwhelmed uncertainty. I imagine a lot of incoming students might feel the same way. In light of that, I’d like to share a few of my memories with you (foregrounded by some discoveries I’ve made while navigating student life), in the hope that I can reach out through here and let you know that while I’ve not been in your exact position, I’ve been there too.

There’s a Shoppers at Bloor & Bedford

Before my first term at U of T even started, I was already very nervous about keeping up with everything and everyone. My commute was one and a half hours long; I was unused to this new independence; and I was still afraid of walking anywhere at night. Orientation Week was the first time I’d be sleeping away from home in a long time. We were set up in Charbonnel Lounge, with these sleeping bags and a projector for movie night during downtime.

In the middle of the week, I was walking with my Orientation group on our campus tour (a scavenger hunt!) when I felt a sharp pain in my jaw. It lasted for long enough that I needed to sit down and lag behind the group. I was scared because I did not know what street we were on, I had no access to my phone, and I felt bad for even feeling bad about such a normal moment. Already, it felt like I was falling behind everyone else, and that this was some symbol of how I’d continue for the rest of my undergraduate degree. As you can see, it was a very packed few days and I do tend to overworry.

I made the decision then to call out to one of my Orientation Leaders. She took the time to break from the group and sit with me. After the scavenger hunt/tour, she walked me to Charbonnel Lounge and kept me company. At night, when I realized I would need some painkillers (turns out that the pain was due to a toothache that had viciously manifested at the time), my Orientation Leader stayed late to walk with me to the nearest Shoppers Drug Mart and walked me back as well. That act of kindness and compassion inspired me in a way that still lasts to this day. I wanted to be that person for other people, but I also realized how important it was to let other people be that person for myself. I know that at times, things can feel so much — like you don’t know how you’ll get there and you don’t know where there might even be. Maybe you’re already quite alright with all the walking and keeping up — or maybe you’re a bit like me, a bit scared and a bit new. In any way you are, always remember that there are people around you who care and who can support you, myself included (I know the campus map a lot better nowadays).

Taking a “hike” through Zoo Woods

In the fall term, before classes moved online, my courses were spread out in a bit of an awkward geography. I was constantly running back and forth and across campus to make the next lecture. Good exercise, but the fast pace of it all, from my commute to my between-class-travails, had me feeling drained at the end of the day. One afternoon, I decided to slow down. Literally. I decided to take my time, instead of sprinting to the St. George subway station to make it there before the 5pm rush. Walking back, past the Ramsay Wright building, I found a little pathway leading into some foliage. I decided to follow it and it led me a few paces through some trees, across a little bridge, and then back out to the same sidewalk I entered from.

It felt like some fairytale discovery — something whimsical and mysterious. There was a plaque on a stone, calling it “Zoo Woods,” a long-term project by the U of T Zoology Department proposed in 1994 “to create a naturalistic, almost self-sustaining landscape on the University of Toronto campus.” While it’s a small little patch of trees and leaves, I would always go out of my way to take that short detour. Of course, Zoo Woods isn’t the only place on campus I remember exploring. I remember how the Greenhouses at the Earth Science building smell like jasmine, and how the turtles in that one open tank would plop into the water while the fountain bubbled away. I remember realizing how chestnuts are actually spiky when they first fall off the trees, while walking through Philosopher’s Walk and searching for a glimpse of a “golden squirrel” (has anyone spotted that yet?). I remember the way the sun would set over the umbrellas beside Sidney Smith, like the day saying “time to rest, please get some rest.” I look back at my memories of each little detour, throughout the seasons, as the trees turned gold, then brown, then the world started to glaze over with snow, and I compile them now into this: that we are not as divided from the world as we think, and sometimes, we need to make sure we let time breathe (as we let ourselves do the same).

On the first day of my PSY100 class with Professor Ashley Waggoner-Denton, we all sat in a large crowd at Convocation Hall, typing our individual usernames into this Kahoot that was projected on the front screen. I watched in awe as the participant number climbed from 100 to 500, all the way up to 1000. There were more than a thousand of us in that class, and yet, I never felt too much like a number or a point on a larger scale. I remember making friends with my seatmates, attending Dr. Denton’s office hours for the first time, and enjoying the experience of being someone in a room so full, and learning all I could in the midst of it.

One of my favourite memories to recount from that course (aside from the time a dog trainer came in with her dog named Percy) was on Halloween, when some students were a little more dressed up, and I saw someone in fairy wings in the back row of the hall. During the break, Dr. Denton played the “Spooky Scary Skeletons” video on the projector screen and started to toss out little candy bars at the class. It was very fun, and a true highlight of that term. Being one in one thousand was sweet — especially since I caught one of the smarties boxes thrown my way.

The AGO offers free admission for anyone 25 and under

In the winter term, I remember really missing my high school friends. It was tough not seeing the same people I had spent almost every day with for the last four years. When I learned that the AGO offered free admission to anyone under the age of 25, I reached out to my friends from high school to schedule a day to visit. It was a beautiful experience, walking through the exhibits with them. I remember being starstruck by this one painting in the modern art wing — it was one of Monet’s “Charing Cross Bridge” variations. I stood in front of that painting for what felt like an hour. It felt like the culmination of something. I thought, “here’s a painting I never thought I’d see outside of a screen, and here’s a day I’m spending with people whose relationship to me has shifted and will continue shifting. Things will change, and they’re already changing.” In that moment, it didn’t all feel so lost. Everything was new, bright, and not-quite-defined, like the yellow-blues of the painting itself. It was then that I realized that I didn’t need to know exactly what would happen, and exactly who would be where. I could reach out to people, keep in touch, and allow for each moment to be just as striking and brilliant as that one.

Writing a letter to the world

I met one of my dearest friends on a day before Orientation Week started. It was during a student life workshop, and she and I bonded over some crossword banter. To keep in touch with each other in our first year, my friend and I would write letters to each other. Later on, we started a letter-writing club called Missives: Adventures in Letter-Writing (MAIL). Through the club, I met some people who I also call dear to me. While my Orientation Leaders have already graduated, I ended up keeping in touch with a lot of the people I met at Orientation. I got involved with Orientation and the St. Mike’s community, first as a Leader and currently as a Marshal. I also started to write for The Mike and kept on writing and working with the paper as the years continued. Even though my courses are smaller nowadays, I still get excited to meet new people and collaborate with my classmates. Even though I’ve passed through Zoo Woods enough times to notice that the little bridge has sunk a little bit into the earth, I still go by there and look for other places on campus to walk through and explore. Even now, as there are new things to feel nervous and excited about, I know that I can take all those memories, those impressions that made their impression on me, and move forward with a different sort of certainty. I’ve written so many letters in the last few years — to friends, loved ones, even strangers in different countries.

I’ve written for The Mike, addressing our readership in a letter-like way a few times in the past as well. For this Orientation issue, I would like to leave you with the picture painted by all the memories I’ve been reflecting on thus far: Dear reader, in the end, I know that I’ll get where I need to be. In the same way, I know that you will too.