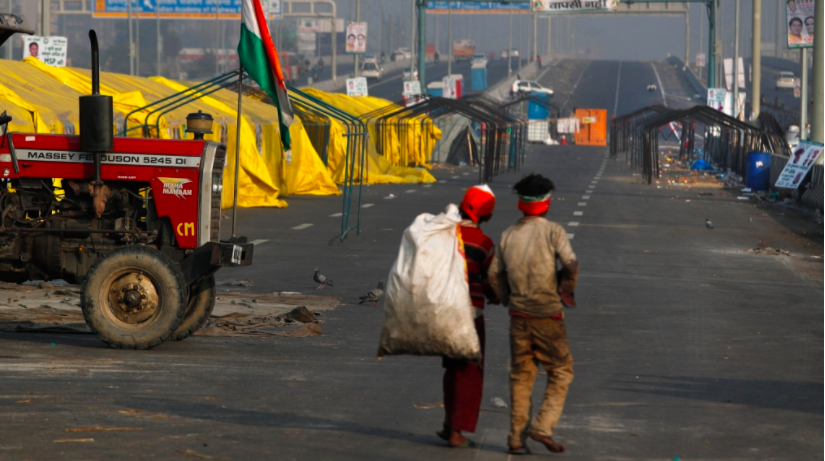 Today, India is seeing its largest mobilization of agricultural farmers ever. Indians take pride in their agricultural wealth and we often use the phrase “Agriculture is the backbone of India.” Yet, today, as thousands of farmers are marching to the capital to protest against unfair agricultural reform laws recently enforced, the Modi government is turning its back, leaving them to face harsh police brutality in winter.

Farmers originally began their protests on November 30th, 2019, and since then the rage has only intensified with the immense support of truck drivers and the sympathy of the country’s citizens. As we approach the 72nd Republic Day of India, the farmers are staging an unprecedented tractor rally in the capital to showcase their spirit fighting these newly enforced stringent laws, laws which will inevitably affect the Agricultural industry within India.

Considering numerous farmers are already in debt, contributing to the high suicide rate in farmers, these laws may worsen things for the industry as they change the system altogether. The new laws seek to increase storage limits and eliminate the concept of Minimum Sale Price and Mandis (local wholesale market places) to encourage private parties to directly deal with farmers.

What worries the Agriculture industry is that farmers will be at the mercy of big corporations, giving the firms an upper hand in all negotiations. Furthermore, small farmers would likely be out of business as large corporations would not provide an opportunity for these small farmers to thrive.

The farmers of India are writing history as they fight these laws possibly erasing the on-going Green Revolution. These bold spirits are fighting for a living in the biggest democracy in the world. The 21st century has brought vast change, and perhaps Indian farmers are shaping a part of that. While this issue may not be taking place in Canada, the importance of protesting and fighting against unfair reforms is a sentiment that North Americans can surely relate to.