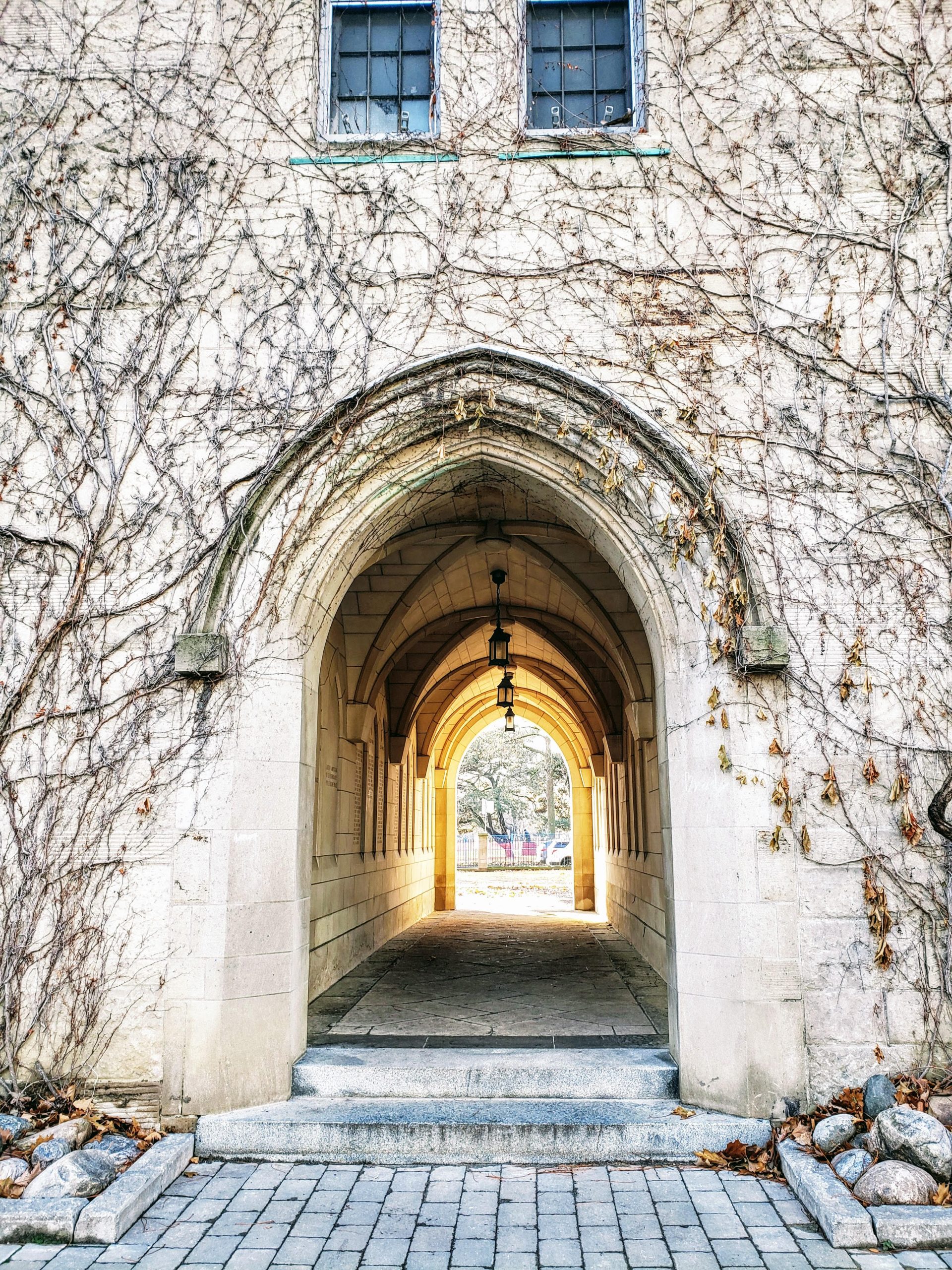 When I was placed in St. Michael’s College around three years ago, I was excited to be living and studying in a place that had such a rich history and clearly valued its tradition. I was also aware of the college’s Catholic identity and I was curious to see how I would find my place within a community strongly affiliated with a faith that was not my own. Over the course of these years, I’ve come to regard St. Mike’s as a second home, one where I actively participate in residence life (as a don in the college) and also engage academically through my Book and Media Studies minor. Due to this, the majority of my time in undergrad has been spent on these grounds. It has been a time where I have had extremely meaningful conversations and contemplations that have allowed me to learn about another religion in an extremely organic way.

There is a lot to be gained from being immersed into a religious community that is not your own, since the knowledge you gain from being around practitioners of that faith is unparalleled to anything you will study about the faith academically. As someone who comes from a Sikh background (a monotheistic faith originating in India), I’ve always been taught to carry God in my mind and in my heart through all of my endeavours. To remember blessings, to forgive freely, and to pray for others are values that Sikhism and Catholicism share (as do many religions), and having this common ground with my Catholic counterparts in this community was certainly meaningful for me. Consistently engaging with students who are close to their faith (whether it be Catholicism or something else) and are extremely intentional about incorporating it into every action that they take in their daily lives is inspiring because it reminds you to do the same, even if you identify with a different faith than they do.

In my first year, I became very close friends with a person who taught me a lot about Catholicism simply through the way that she lived her life. We ended up having several incredibly candid conversations (and still do) about the nature of God, about fate, and about philosophy. Through this, we both came away with a profound appreciation and knowledge of each other and of religions we were both still relatively unexposed to at that point in time. It’s this kind of  sincere human interaction and dialogue that allowed me to have the level of understanding of the Catholic faith that I do now. I have studied world religions through reading about them for many years, since it’s always been an interest of mine, but having interfaith experiences like the one I shared with my friend, and with all of the friends that I gained after her, have had much more of an impact on me than anything I have read.

I’ve found that St. Michael’s College fosters an environment where discussions about religion are not only permitted, but encouraged. Each of the colleges at the University of Toronto have their own distinct identity, and I think that staying true to that identity means letting those core values permeate the different areas of student life. Nourishing one’s spiritual life is equally as important as academics and other earthly accomplishments, and I am glad that St. Mike’s has been a place where spirituality is prioritized. I am deeply grateful for the years that I have spent living, studying, and forming connections here, and I look forward to seeing what the remainder of my time at St. Mike’s will bring forth.