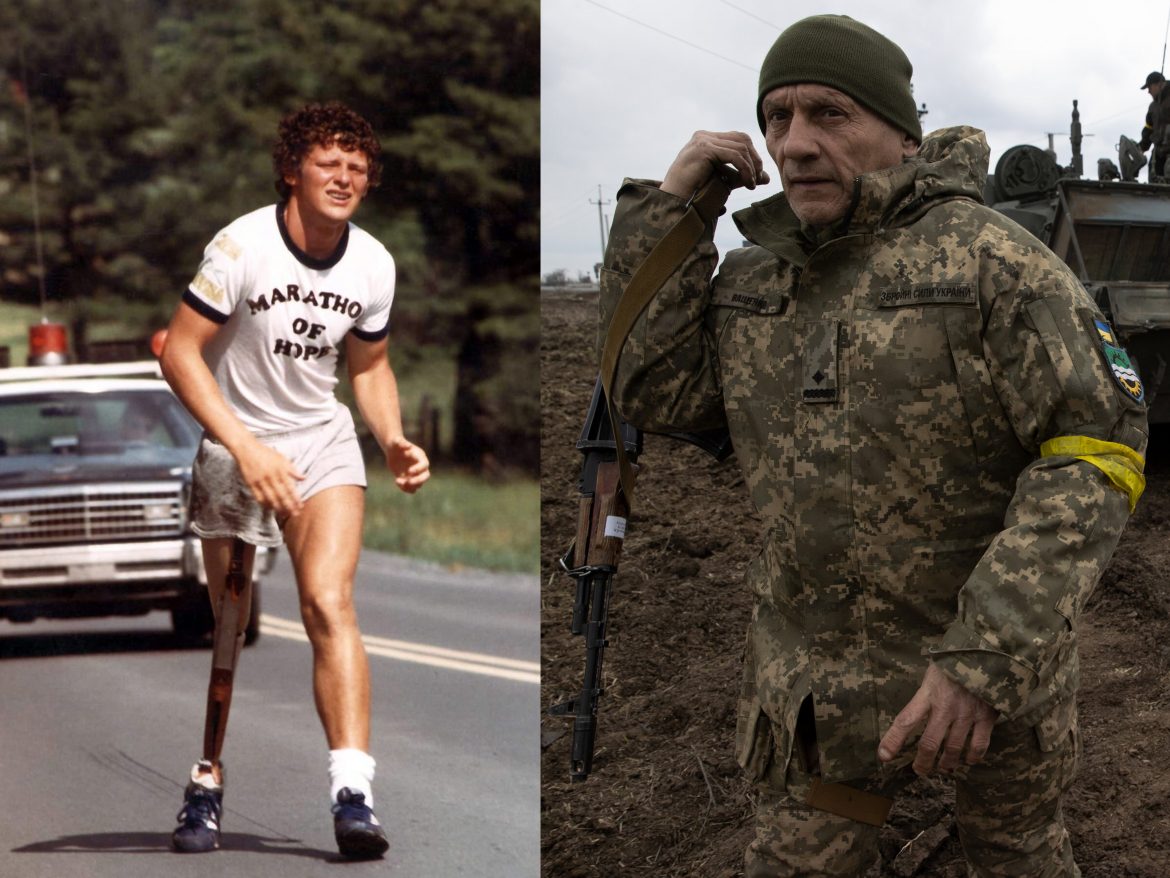 How heroism emerges around us and within us

As the teeth of war tear into Europe, it is difficult to resist apathy or recklessness. Renewed feelings of hopelessness or nothingness seem to seep into the world, and truth’s light is obscured by clouds of vicious interests and deceit. Having recently overcome similar feelings with regard to the pandemic, and recognizing them for what they are, I now choose to focus my attention on the few but fierce rays of heroism that have shone through these clouds in the past month.

We have seen small acts of heroism in Ukraine, from the people of the country fighting back against despair through humour, to the soldiers of choice deciding to stay and fight for their homes, to the actions of the face of their civilian-swollen army – President Zelenskyy. Recently, I have reflected on the past and present actions taken by the President, and the more I have learned about him, the more his story glimmers with the sparks of true heroism. The story of a comedian, famous for his impressions of a Ukrainian president, gaining that very position and when a war breaks out, choosing to hold his city side by side with soldiers aligns with the archetypal symbolism of the fool becoming the hero. We are all fools until we are called, and our voices either rise to meet the trumpets, or we shrink, hide, or stall with vain speech until we are drowned by the flood of action.

Perhaps heroism is necessary for there to be hope, both because keeping hope for oneself is heroic, and because we need heroes in this world for hope to spark a flame and spread. It may be natural that, at a time when those who should be the leaders of our world seem the least heroic, we seek more and more to escape into narratives of “super-heroes,” time travel, and other dimensions, which ignore the fundamental reality that wounds cannot be erased, only healed, transfigured, and redeemed.

When I consider what a hero really is, I think of Terry Fox, an average student and athlete that grew up on the west coast of Canada. After losing his leg to cancer, and receiving the diagnosis that this would likely kill him, Terry chose to run across our country in the hope that the sight of a one-legged man carrying the weight of suffering of those with cancer would inspire more hope in the world. I have often been told by people who lived to see Terry Fox run through their town that my generation cannot understand what it was like, and that we do not understand the emotional power his memory still has on them. However, I am not ashamed to say that when I fully realized the extent of Terry’s mission, and why we continue to run every year in his memory, I was moved to tears as well.

Echoes of true heroes in fiction (like Frodo Baggins for example) can be seen in Terry’s story. Both gracefully assume a burden which far exceeds their natural ability. Of course, these heroes save the world, because voluntarily adopting suffering in service of the highest conceptualized ideal is what “saving” truly means. When you understand that, you begin to see heroes all around you, and you begin to see, in small ways at first, the chances in your life for true heroism to shine.