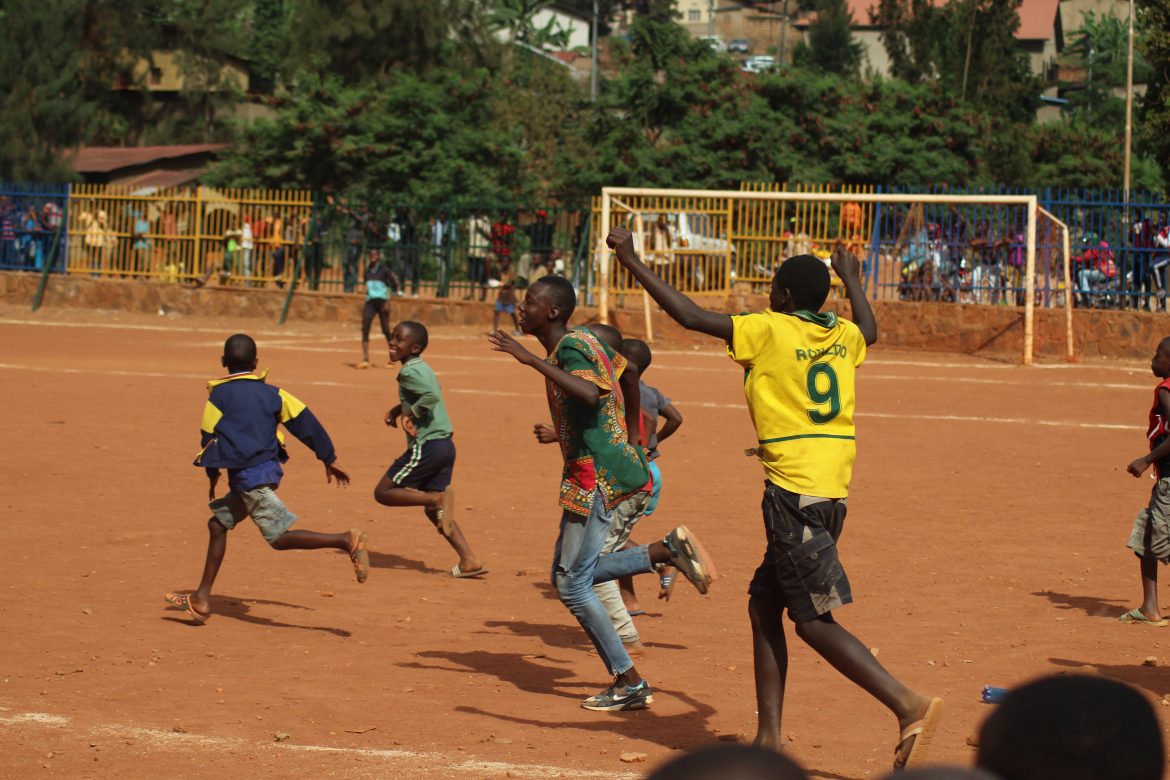 For many athletes, a trial at one of Europe’s elite soccer clubs is a dream come true. The prospect of being able to play at the highest echelons of the club is extremely tantalizing for any would-be player. This is especially the case for young players in Africa, where making it on any European team would mean the possibility for social mobility and a brighter future for their family. Many African players look up to stars like Didier Drogba or Samuel Eto’o for inspiration. However, players like those are sparse and far between. The reality for many players is almost the exact opposite to fame and stardom. Behind the value of European soccer hides a world of trafficking and abuse, directed towards young African kids deceived with fake promises.

It is estimated that more than 15,000 children are trafficked into Europe every year with the false promises of trials and the ability to play in Europe. The Culture Foot Solitaire (CFS), a non-profit organization aimed at protecting the rights of young players, stated that they have found 7,000 reported cases in Paris alone between 2005 and 2014. The best-case scenario for many is that the promises of trials at top soccer clubs were completely false and they are left alone in countries they do not know. In the worst case, they are subjected to abuse and forced into illegal work just to be able to survive.

This is an issue that has been present in the world of soccer for more than two decades to the extent that in 2003 the Fédération Internationale de. Football Association (FIFA) introduced Article-19, banning the transfer of players under the age of 18 across international borders. This new law was supposed to help curb the rampant abuse of Africa’s young population of players, however it had little effect. In 2009 FIFA revealed that half a million players under the age of 18 were still being sold to clubs around the world. That same year, the United Nations Commission on Human Rights (UNCHR) released a condemning report warning that there was then a “modern slave trade” being operated within the world of soccer.

Players are often approached by men claiming to be intermediaries who are able to either give them a trial at a club or put them in contact with scouts in Europe. The North African region and the coastal nations in the Sub-Saharan West are usually targeted; typically, these players are scammed in one of two ways. They may be promised a trial at a top team, but after a couple of hours at a likely staged tryout they are told they have missed their opportunity and are dumped onto the street. Others may be forced into paying up to $5,000 in order to obtain passports and Visas, but then they are abandoned at the airport upon arrival. The money is often a family’s life-savings or money raised by the local community with hopes that once the kid makes a name for himself, he will be able to transfer some of the wealth back into his town.

African communities have become especially vulnerable to the traffickers for a number of reasons. Soccer has become considered as a viable way of finding monetary success. The money brought in also creates an avenue for social mobility: something deemed incredibly important in the minds of many young men in Africa. Their social mobility allows them to disregard the stigmatization attached to living at or near the bottom of a believed global racial hierarchy.

“I played football because I know that if I achieve in that sport, it can open for me a lot of doors that I cannot open if I do a normal job. If you reach a certain status, people can say what they want, but we are in a world where the money runs things… look at Michael Jordan and Tiger Woods: money has abolished the idea that they are black. It doesn’t make them white, but they earn so much money that they get respect,” stated Armand, an Ivorian seventeen-year-old, who was abandoned in Paris by someone claiming to be a scout.

Their need to acquire financial stability for themselves and their family or community leaves them extremely open to being abused by the traffickers, who use these fears to control them. These pressures also extend to cases, in which the validity of an intermediary is put into question by coaches and staff at some of the local soccer teams. The family of the young player may still put pressure on him to pay and follow the intermediary in order to secure a trial in Europe. Families hold a lot of power over the actions of young players too. They may push for their kid to travel to Europe even if he does not want to. Jordan Anagbiah, the former Vice President of the Ghanian football Association, explained one of such scenarios. “There was a small boy [on] my team, and the father came and told me somebody is taking him to Belgium. Whether he is going to kill him, he does not know… he thinks his son will make money and be ok. You don’t know these people; you only met them now in Ghana when they came to watch him play, and you say you are giving your boy out for adoption?”

The exploitation of these kids continues even once they are abandoned by the men, who bring them to Europe. Clubs take advantage of their hopes and dreams too. They use the prize of a professional contract to swindle them out of more money by charging them for trials.

Jay-Jay, a Guinean boy who was brought over to England at the age of seventeen and abandoned, paid multiple fees to various English clubs in the lower club tiers in order to try out. They paid little attention to whether he actually merited the chance in the first place, fixated more on the money gained through his attendance. He paid the fees at Cheltenham, Cambridge, Wimbledon, and Brentford —  all lower league sides —  without receiving a single call back. When Ed Hawkins, a sports journalist investigating the trafficking allegations, reached out to talent scouts and managers employed throughout the English Football leagues, they all had never heard of players having to pay for trials; one coach said the practice was “wrong, totally wrong.” On top of the already slim chances that a player would be able to impress a team enough to warrant a real contract, the team’s ability to sign them would be illegal under FIFA regulations. Article-19 prohibits the signing of any international player under the age of eighteen. Jean-Claude Mbvoumin, a former African professional soccer player and founder of Culture Foot Solidaire, has stated that the young players need to be made aware of their chances of going professional and must have a backup plan: “they need to have access to a project that is realistic so that they have the chance to pick up a diploma to fall back on.”

Some action has been taken to combat the issue. Organizations, such as the Culture Foot Solitaire, have begun working in nations, where trafficking is most present, in order to minimize the trafficker’s effectiveness. CFS works through their local associations in order to ensure that the younger generations of players are protected. Currently, they have been able to set up local associations in nineteen countries, the majority of which are situated in the Northern African region. They have been able to secure the backing from FIFA as well — the largest and most powerful authority in soccer. Other smaller organizations have also tried to tackle the problem in various ways. In Turkey, Julius Kugor, a former player, has set up a competition for African players to have legitimate trials for Turkish Clubs. The ‘Africa Cup,’ created fifteen years ago, started off with only six nations participating and now there are sixteen teams.