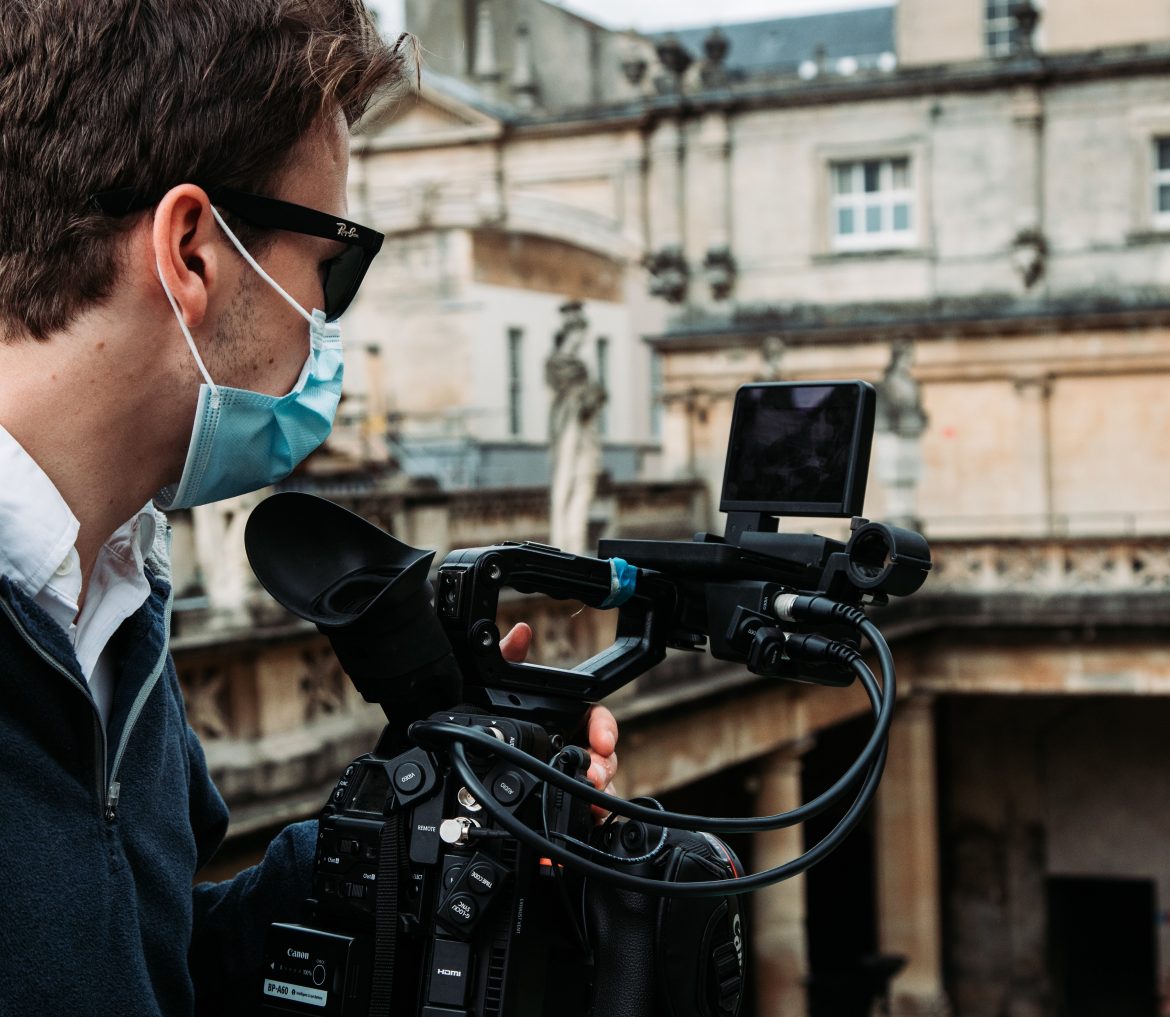 The Effects Coronavirus has had on the Film Industry

Last year was one of the most profitable years in movie history, with the thirty highest earning movies alone posting a cumulative box office haul of eighty-two billion dollars. While 2019 saw major accomplishments, such as an unprecedented eight movies joining the billion-dollar club in one year, 2020 was on track for an even more successful run. At the start of the new year, there were almost a dozen blockbusters scheduled for release, all movies with hundreds of millions of dollars in investment. Ten months in, and not a single one has managed to even touch the half-billion dollar mark. While Avengers: Endgame single handedly earned almost four billion dollars in 2019, the total box office earnings for 2020 has barely managed to crawl past that threshold.

This should not be too surprising to anyone who has turned on a TV or gone on the Internet in the past 10 months. COVID-19 has devastated whole economies, is it any wonder that an industry that requires people collecting in an enclosed room together for hours was not spared? In the era of social distancing, the thought of sitting in a theatre with dozens of strangers is enough to make one’s skin crawl. Coupled with a decrease in disposable income, things like ‘going to the cinema’ would be first on many people’s list of frivolities that can be foregone. But the implications of the pandemic’s effect on the movie industry are more profound than one can imagine. In an effort to adapt to their new surroundings, movie studios have already sprung to action and tried to develop strategies to minimize their losses.

One of the first milestones in this journey was the release of Trolls: The World Tour. Budgeted at roughly a hundred million dollars, it was greenlit as a sequel to Trolls, a highly successful 2016 movie that grossed over three hundred and forty million on a budget less than half that size. Initially scheduled for release in early April, COVID related worries led to a slight change: on April 10, Trolls: The World Tour would release in North America both in theatres (whichever were still in business) and on-demand for $19.99. In a statement on the decision, the NBC Universal CEO, Jeff Shell, said “Universal Pictures has a broad and diverse range of movies with 2020 being no exception. Rather than delaying these films or releasing them into a challenged distribution landscape, we wanted to provide an option for people to view these titles in the home that is both accessible and affordable.” The fact that for Video-on-Demand (VOD) releases, the movie studio gets to keep eighty percent of the sales (as opposed to the fifty percent they receive from theatre sales) alone is enough to justify a direct-to-home-video release. Universal figured they would face losses at the box office in any case, so why not try to maximize profits on all fronts and to make the best of the situation? The World Tour’s release date also coincided with Easter Break in many parts of the world, meaning it was expected to perform well with families and children on holiday. So, while the move to home release was obviously calculated, it was not expected to be a game-changer.

Within just three weeks, the movie was rented over five million times, earning over a hundred million dollars. Gauging by the trailer, that’s a lot more than what it could have hoped to make solely from a theatre release. High on the success of their experiment, Universal Studios announced their intentions to make multi-platform releases the norm for the future, pandemic or not. This declaration was, however, met with outrage by some. America’s largest cinema chain, AMC, announced a boycott of Universal movies intended for simultaneous home release. Backed by the National Theatre Owners Association, AMC claimed that the theatre industry, already on its last legs due to Coronavirus shutdowns, would be annihilated if movies were available on VOD before being allowed an exclusive theatre run. In a letter to Universal chairwoman Donna Langley, AMC CEO Adam Aron wrote, “We want to be absolutely clear … AMC believes that with this proposed action to go to the home and theatres simultaneously, Universal is breaking the business model and dealings between our two companies.” The second largest theatre chain in North America, Regal Cinemas, took the AMC boycott a step further, stating that they “will not be showing movies that fail to respect the windows (that is, the theatrical window for a movie’s release).” It appeared that studios and theatres had reached an impasse, but an industry civil war was averted when Universal struck a deal with AMC: an exclusive theatrical window would still exist but would be reduced to seventeen days from the earlier ninety, and in return the studio would share a portion of home release profits with the chain. But for the first time since Netflix had first skyrocketed to popularity, the industry questioned whether it was movies that need theatres, or the other way around.

In contrast to the measured steps taken by Universal to retain the goodwill of theatre owners, Disney’s decision to cancel the North American theatrical release of their live-action Mulan all together, instead making it available exclusively on their streaming service, was a more radical approach. While the movie could be purchased by Disney+ subscribers for thirty dollars (thirty-seven, for non-subscribers) in Canada and the States, it was still intended for release in theatres everywhere else in the world, with many eyes turned towards China in particular. The 2010s had seen the Chinese box office become a major source of revenue for Hollywood, and Disney had made it clear that while the original Mulan was an American classic, many liberties had been taken with the remake to tailor it specifically for success in the Chinese market. But any hopes for a blockbuster performance in China were dashed when the opening weekend returns were reported. Against no major competition, and in a market where theatres had reopened and resumed normal business, Mulan made a dismal twenty-three million dollars. China’s clear rejection of the movie was bolstered by negative reviews, and the slew of controversies that the movie’s production were mired in (from the lead actress’ questionable comments on the Hong Kong protests, to filming locations including parts of Xinjiang currently under fire for human rights violations) resulted in an overall underwhelming international box office gross.

On the North American front, profits did not appear to be quite promising either. In the first twelve days of its release on Disney+, Mulan only generated approximately sixty to ninety million dollars in sales revenue. For comparison, 2019’s Aladdin made over a hundred and ten million dollars at the box office in its first four days, with a budget twenty million dollars smaller than Mulan’s budget. If we needed any further confirmation of Mulan’s failure: Disney announced that its next high-budget release, Pixar’s much anticipated Soul, would also forego a theatre release and be released on Disney+ for Christmas, but without a premium fee. Ergo, the paywall experiment they tried with Mulan did not yield the anticipated result. Combined with a poor international performance, Mulan will be the first of Disney’s renaissance remakes (The Beauty & the Beast, The Lion King, and Aladdin) to be an unmitigated financial flop. Where Trolls’ gamble succeeded, Mulan’s did not.

On the other end of the spectrum, a big-budget action movie did release exclusively in theatres across the world, including North America, where the theatre industry has faced the biggest losses. Warner Bros. Studios (WB), the name behind Lord of the Rings, Harry Potter, and the DC movie-verse, made the leap and chose to release Christopher Nolan’s Tenet in August, first in international theatres, to respectable returns, and then in North America, to a more mixed reception. Initially scheduled to come out in July, among other tent-pole releases such as the new James Bond movie, and Marvel’s Black Widow, the coronavirus’s impact led the studio to reconsider its original release date. The movie’s creator, acclaimed Director Christopher Nolan, reportedly urged the studio to proceed with the original North American schedule, suggesting that he was confident in the movie’s ability to perform well even in the middle of the pandemic. In contrast to the approaches made by fellow studios like Disney and Universal, WB therefore prepared to continue with Tenet’s theatrical release in August, marketing it as the savior of cinema set to rejuvenate dying theatres. It was essentially a litmus test to gauge whether theatre releases were still viable for big-budget movies.

Overseas, as many countries resumed business as usual and ended coronavirus restrictions, Tenet has made almost two hundred and fifty million dollars, an admiral sum in the aftermath of a global pandemic. In North America, however, it debuted with a lackluster twenty million dollars, and has yet to reach the fifty million dollar mark after over a month. Against a budget of over two hundred million dollars, Tenet probably will not be profitable, but it has served a purpose nonetheless as a guinea pig for Hollywood to test the waters for big-budget releases during the pandemic. WB has since postponed its next two big releases, DC’s The Batman and Denis Villeneuve’s Dune, by more than a year. Studios like Sony Pictures have made statements alluding to their intentions to not release any big budget movies in the near future, in view of Tenet’s run.

Billions were put into the production of movies set to release this year, and while theatres either remain shut or see no footfall, it would be naïve to think corporate bigwigs would simply take the L, sit back, and watch their money go down the drain. The trial and error approaches adopted by Hollywood over the last few months answer some questions and raise several more.For one, where does this leave theatre owners?

Since the coronavirus exploded on a global scale, theatre chains have suffered truly devastating losses. In March, AMC’s stock fell by fifty-eight percent, Cineworld (Regal Cinemas’ parent company) fell by over seventy-five percent. Cineplex in Canada, in the middle of being acquired by Cineworld, dropped a catastrophic seventy-two percent. The five biggest theatre chains in North America lost over half their market value. For the first time in recent history, the first two quarters of 2020, typically reserved for some of the highest earning movies, lost hundreds of millions of dollars.