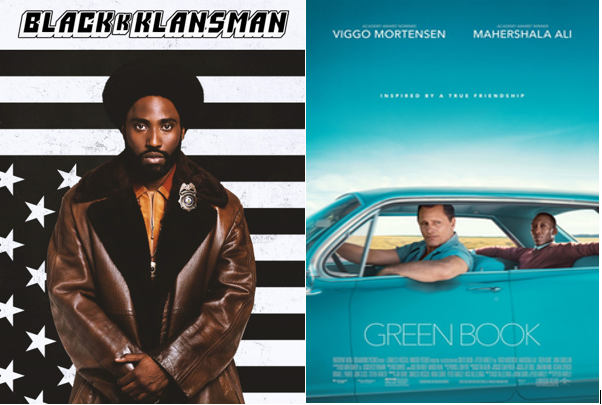 A look back on criticism surrounding Green Book and BlacKkKlansman

Green Book, released in 2018, was a towering cinematic experience for me, as far as movies go. BlacKkKlansman, released the same year, was revolutionary and exceedingly powerful in its impact. Both movies were extremely well received, through reflections in movie reviews and ratings, alongside popular opinion. Both movies were nominated in specific categories at the Oscars that year, along with the numerous other awards events. Both movies were drawn from a real-life event at some point in time and utilized historical context in their structural narrative. One might ask then, what separates them?

For this question, there are numerous answers and dimensions. However, I wish to focus on the purpose these individual movies embody, and how their representation of underlying racial subjugation and discrimination as the central proponent of narrative elements is largely displayed. Green Book displays the development of the relationship between a white driver and his Black client as they travel around the American countryside. BlacKkKlansman portrays the infiltration of a white supremacist group by the local police force. Now, the premise of criticism around Green Book is in its portrayal of the driver, Tony Lip, as the supposed “hero” of the film. Furthermore, it has been argued that the movie perpetuated what is known as “White Saviorism”: a self-serving act done by a white person towards a non-white person. This theory seems problematic, to a number of ends.

Firstly, Green Book’s central purpose seeks to explore the defining friendship between the driver and the piano player. In doing so, the movie explores the different lives both the individuals lead and paints a picture of that intersection. In my mind, it does more to diminish the idea of white saviorism by showing Tony Lip as the one who serves the piano player. It highlights the increasingly powerful notion of acceptance without discrimination in a historical context wherein this was the exception.

Secondly, the portrayal of Tony Lip as the ‘hero’ is a more nuanced issue. Fundamentally, the director chooses to focus on the development of the friendship through the lens of Tony Lip. This, I believe, is strategic, because the director wishes to highlight the increasingly widespread poverty that had engulfed New York and break widely held notions that individuals of color were the only people suffering. Conversely, I do feel the movie tips the balance of power, although marginally, in Tony Lip’s favor by showing his life as a form of inescapable existence that is rendered to the feet of Don Shirley. Nevertheless, this is a creative choice, and one is never entirely aware of what the director wishes to execute.

The criticism does fall weak, because it overlooks the fact that the premise of BlacKkKlansman had a direct relationship to the rights of Black individuals, and the movie very explicitly shows this relation. To compare the two movies is problematic, because they both serve distinct purposes. In totality, however, what is important is the truth in the film. The portrayal of any particular issue is left to the eyes of the viewer, and we must learn to find truth in art and in cinema.