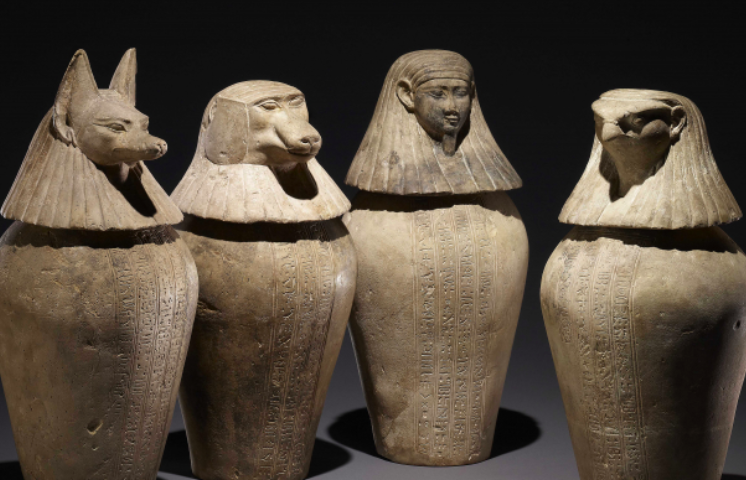 On Saturday September 19th, the Royal Ontario Museum (ROM) unveiled its newest exhibition titled Egyptian Mummies: Ancient Lives. New Discoveries, a thrilling look into six newly discovered mummies. These were all found near the Nile River, and each offered insight on the life ancient Egyptians led, and the overall importance and development of mummification.

They range from 900 BCE to CE 180, which would be the time of Roman Egypt. There was an elite woman of the house, a priest’s daughter, a priest, a temple singer, a child, and a teenage boy.

In collaboration with the British Museum, the two institutions were able to use CT scans to not invade and damage the coffins that were found. These scans, along with digital visualizations and past knowledge, were able to give researchers a rough understanding on how each body lived and what illnesses might have led to their demise.

It was very organized, and each mummy also embodied a certain aspect in the belief of the afterlife and Egyptians’ lives in general. The room for the temple singer was full of objects related to music, cosmetics, and lavish jewellery that coincided with the importance they held for the person’s protection in real-world life as well as once they died. In the room for the child, toys that seemed sophisticated for the time were on display. Like the room for the singer, these objects were also placed in the sarcophagus.

I was expecting a lot less in terms of size, and I think a hefty number of items were presented to capture the daily lives and belief system found in ancient Egypt. The only disappointment I had in general was how much emphasis was placed on the religious aspects; the spells and the amulets. From the advertisements I was put under the assumption that visitors would look into how the mummified people died, not how their death was related to mummification. Nonetheless, my interest was still captured.

Before purchasing your ticket, you must read the guidelines the museum has created for safety measures. They are standard like other shops and places that are currently open, such as wearing a mask, though with some exceptions applied, and keep your distance. The museum has also removed much of its seating, and has stated on their website that  “touchables and interactives in the Museum’s surcharged exhibitions will be open for use and cleaned frequently” and that they also have introduced alternatives to these as well. However, the museum still states that people can interact at their own level of comfort and should be aware that by being in a public space they are choosing to risk being exposed to COVID-19. Without reading this page and accepting that you have, you won’t be allowed to proceed with your purchase. Tickets are sold for every fifteen minutes, but your visit is not timed. At the entrance, workers are masked and make sure you’re safely guided to where you need to go. Stickers are placed all over the floor to create pathways around the museum and galleries, and they’ve closed stairways to avoid two-way traffic. Sanitizer stands were placed in almost every corner of the exhibition space, and near the entrances of each gallery.

I visited the exhibit on a Sunday and noticed that the rest of the museum was far less crowded than Egyptian Mummies.  Most people kept their distance, but the space itself wasn’t large enough to deliberately keep six feet away even if that was everyone’s intention. It is up to visitors to ensure they are keeping their distance from others, as I did not notice security enforcing the new rules.

The exhibit is open until March 2021, so there is plenty of time to view these mummies unless government and health officials announce otherwise. If you’re curious about this topic, with its emphasis on funerary practices and beliefs, I would recommend it. It’s a bit niche, but I like ancient Egypt in a general sense and still found parts of it fascinating. I think the curators did a great job with catering to as many different interests as they could with respect to the overall theme. The ROM has once again pulled off a successful exhibition and doing so during a pandemic is quite the feat!