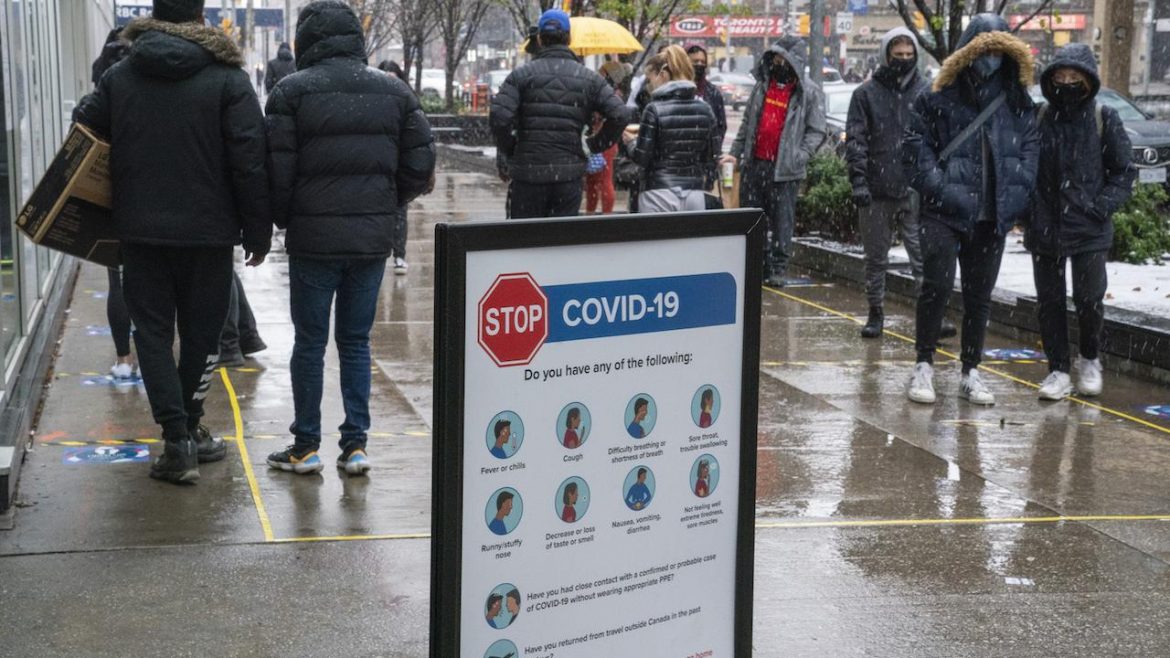 In March, Toronto began reopening the city and allowing patios to be available for in-person dining. However, the most recent lockdown measure reverted the province to its previous regulations. Contagious COVID-19 variants are now 67% of all cases in Toronto, forcing the city to slow down its initial reopening timeline which was laid out back in February and revert back to a complete lockdown stage.

Vaccination efforts have gradually increased throughout Canada, meaning that Toronto may be able to gradually begin eliminating its COVID-19 regulations in due time. On March 8, Toronto was designated as a grey zone which allowed for most retail stores to have in-person shopping at 25% capacity and a ten-person limit on outdoor gatherings. On March 21, outdoor dining was allowed to resume. This came as a welcomed change for small business owners in Toronto who have been hit hard by the pandemic. In an interview with CP24 Rocco Mastrangelo, owner of Café Diplomatico, stated that he hopes to be able to continue serving in order to alleviate the financial burden that his restaurant is facing.

Currently, it is unclear when indoor dining will be allowed again. The situation remains relatively uncertain. While the city is trying to slowly reopen its businesses, the possibility of a third wave is becoming increasingly realistic. Ontario health officials have recently reported more than 2,300 new cases and have stated that the province is currently holding the highest number of patients in their intensive care units.

On Tuesday, March, 30 Premier Ford warned that a shutdown may be imminent due to the increased cases and on Thursday, April 1, Premier Ford officially announced that the entire province will be in lockdown for the next four weeks.

Starting on Saturday, April, 2 all restaurants and bars will have to revert back to only providing takeout and delivery options and outdoor gatherings will again be limited to only five people. “We have to crunch down one more time… it’s a sacrifice we have to make,” said Premier Ford.

Premier Ford planned to reopen barbershops, nail salons, hair salons and tattoo parlours on April 12, but the plan has officially been put on hold as the province deals with its new circumstances.

Premiers across Canada are still unsure when they will be able to fully reopen their provinces, however, some nations who have had a jump-start on their vaccination efforts have begun lifting regulations. The United Kingdom will remove its regulations by June 21 and the United States is aiming to do the same by July. The Canadian federal government has stated that it should have the majority of its population vaccinated by September.