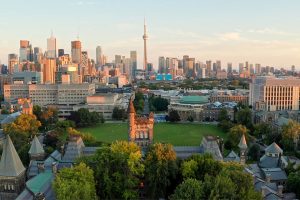 The U.S. News and World Report bases its rankings off of thirteen indicators, including global and regional research reputations, and the number of publications and citations each university has. They do not use acceptance rates or graduate rates because this data cannot be used to compare universities internationally. Different regions will use different entrance exams (e.g. MCAT, SAT, ACT) and it is difficult to compare universities using these regional differences.

This year, U of T is within the top 10 in 12 subject areas, including oncology (#4), surgery (#4) and clinical medicine (#5) in the U.S. News and World Report rankings. U of T has risen in other performance rankings as well. In the National Taiwan University Ranking, U of T has risen from 4th and remains in the top 5 for medicine and social sciences. The National Taiwan University Ranking is research focused, specifically focusing on the quantity and quality of the research papers produced by a university.

U of T is not the only Canadian university that has ranked well this year in the U.S. News and World Report: the University of British Columbia ranked 31st globally and 2nd in Canada, and McGill University is ranked 51st worldwide and 3rd in Canada.

It is unclear how COVID-19 would impact U of T’s rankings in 2022, but it would most likely be positive. U of T’s focus and impact in research not only lifts its rank among other universities, but also puts it in the fortunate position to be favoured for funding. In September, U of T announced that it has received a $250 million gift for research in human health and health care. Six researchers in U of T have recently received government funding to research the social, cultural, and economic impacts of the COVID-19 pandemic and to examine the recovery worldwide. As the pandemic moves on, U of T continues to maintain its international reputation.