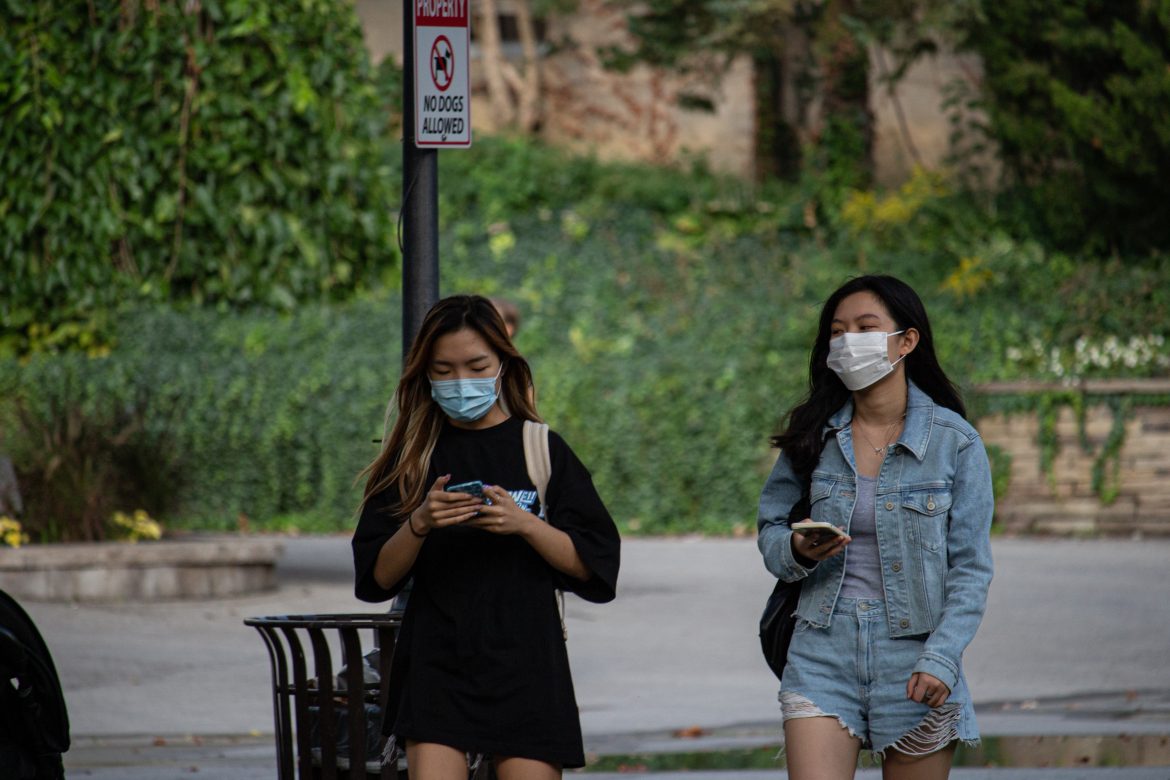 Covid is here to stay, so we Canadians should make ourselves at home

If you’ve been to an airport recently, you may have heard airlines making announcements about the regulations they’re following for Covid safety. Air France’s announcement is particularly funny. On their Canadian flights, in English, they explain plainly that Canada’s regulations require that passengers wear a face mask over their mouth and nose for the duration of the flight, removing it only briefly to eat or drink. The second time, in French, they add an extra word: toujours. The announcer says them with the belabored emphasis of an overworked and underpaid clerk who wants you to know that she’s just doing her job. Toujours means something like “even now” or “to this day.” The announcement’s whole vibe changes: “Canada is still, in the year of our Lord 2022, making everyone wear masks.” French flights, of course, do not make passengers wear masks, having abolished the requirement a few months ago following EU recommendations, putting them into alignment with the US and most of the Americas.

Canada’s reaction to Covid has been and is, to this day (toujours), some of the most intense in the Western world. Those areas of life that are under federal jurisdiction, like international travel, still feel the brunt of the onerous regulations. Most things are under provincial jurisdiction, where rules are, mercifully, far laxer. In Ontario, for example, most legal restrictions from the provincial government have been lifted since March, half a year ago. But in the universities and other institutions, restrictions were maintained longer and more intensely. And, as those who have had the misfortune of trying to organize things in collaboration with university administrators will know, the culture of fear toward real-life interaction has persisted.

This long hangover isn’t confined to the universities or the public sector for that matter. Occupancy in downtown Toronto, between March and May of this year, was only 46% of the pre-pandemic norm. We lag enormously behind most other North American cities. We are still (toujours) afraid to hang out downtown. Indeed, if you stroll through downtown these days you notice fewer people walking about than three years ago. You still (toujours) see people walking outside with their masks on like ancient talismans warding off evil, an action unsupported by our scientific understanding of the virus and which was never encouraged by public health officials.

All this for a virus that isn’t going away no matter what we do. It is now endemic. We have fought the virus and we have lost. It primarily affects the old and infirm, who naturally are at increased risk. This is regrettable, but it is impractical and immoral to suspend the lives of the young for another year of life for those in care homes. As bleak as it sounds, we need to confront reality.

Every one of these hesitations to return to normal, every once-full office that now sits empty and haunted, every event shunted to Zoom represent a whole bunch of friendships never made, lovers never meeting, chance life-changing encounters forgone. Real life is not negotiable.