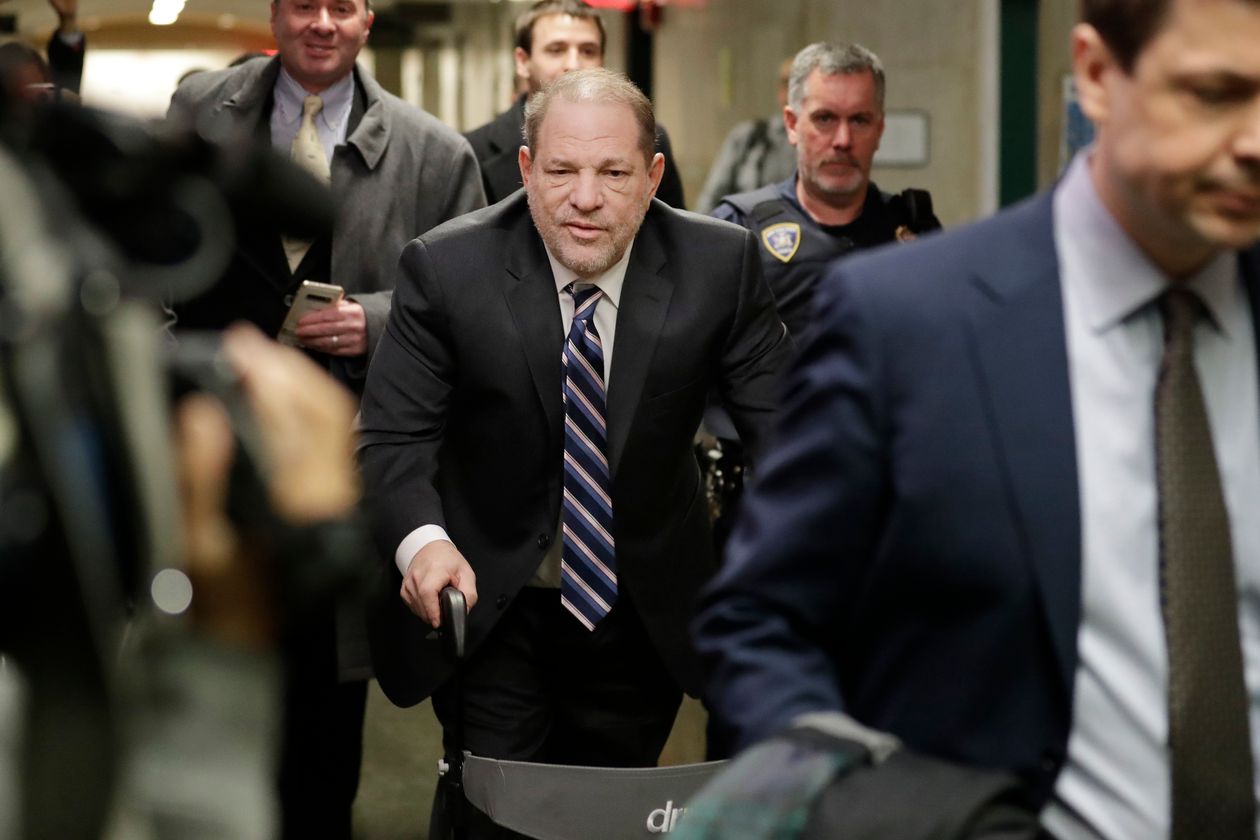 Is justice recognized and achieved beyond a court of law?

In January 2020, formerly renowned Hollywood producer Harvey Weinstein began trial proceedings for multiple accounts of sexual assault and rape dating up to 15 years ago. Weinstein is recognized as the face of sexual misconduct in the workplace — notorious for abusing his position of power to assert control over women who worked for him. Around the world people will watch the long-awaited trial and wait for its verdict, leaving his victims and others around the world questioning the meaning of justice beyond a court of law.

Journalists Jodi Kantor and Megan Twohey are recognized as the trailblazers who broke the first story on Weinstein’s history of abuse in The New York Times in October 2017. Days later, celebrity journalist Ronan Farrow followed up with additional details of documented evidence crucial to the stories of the women manipulated and assaulted by Weinstein. This led to a  ripple effect of voices coming forward to expose similar experiences of abuses of power in the workplace, including the iconic “#MeToo” tweet from Alyssa Milano. The viral hashtag turned #MeToo into a movement of exposing the powerful men that have shaped our culture and the industries that effortlessly covered up their actions. The world in the post-Weinstein era has flooded society with new conversations of privilege in the workplace, defining consent, and evidence depicting how the powerful will always protect each other. However, the Weinstein trial reassures civil society that even the most untouchable men are not above the law, but is justice only recognized in a court of law?

To some, the image of Harvey Weinstein entering the New York State Supreme Court building is sufficiently comforting enough. For decades, feminists around the world have been advocating for adequate exposure on workplace harassment and better employee protection and human resource policies that shift protection from the company to the worker. The United States justice system maintains a concerning track record for dealing with sexual assault and rape cases, or even letting such cases gain legal review. Having the Weinstein case reach the Supreme Court may be a small form of justice in itself. While previous high-profile allegations against Weinstein and other powerful men have been covered up by Non-Disclosure Agreements (NDAs) and private settlements, the 67-year-old will undergo due process in the judicial system. This goes for the people outside the courtroom also. On the initial days of Weinstein’s trial, a crowd of women outside the courthouse exercised their first amendment rights and chanted the words, “The rapist is you.” The power has been given back to these women who will no longer be silenced by powerful tyrants.

Does justice mean more than Weinstein sitting in a defence chair? For his victims and any victims, restorative justice could be what is needed. However, this may be unattainable. Despite the Weinstein case reaching judicial review, there is no way of knowing what the verdict will be. Society is already far too familiar with rape perpetrators receiving minimal sentencing. Consider the 2015 Brock Turner case for example: Turner, a swimmer at Stanford University, was charged with raping a woman later found  unconscious behind a dumpster. Turner received six months in prison (yet only served three) and three years of probation.

While the Weinstein case may have more pressure from the #MeToo movement, Weinstein himself continues to take zero responsibility for his actions. Before the start of his trial, Weinstein claimed to “feel like the forgotten man” and that he “made more movies directed by women and about women than any filmmaker, and I’m talking about 30 years ago. I’m not talking about now when it’s vogue. I did it first! I pioneered it!” As if his lavish career in film production should take precedent over being accused of rape and manipulation. Weinstein is clear in his effort to justify his rape of the women he hired by explaining that he took pride in hiring a lot of women — I don’t think he thought that statement through.

The wider public, victims, and individuals close to those affected may never receive a thoughtful apology from Weinstein or an explanation on why he thought his actions were acceptable, but, they are likely to see Weinstein spend the rest of his life in prison. Regardless of the verdict, the Weinstein trial will have no winners or losers, only outcomes; and it is how we receive these outcomes that fuel the events of tomorrow.  The 2017 #MeToo firestorm gave way to the re-examination of high-profile scandals that arose in an era unprepared to analyze sexual misconduct as part of a power structure. Now, two-and-a-half years later #MeToo is a viral movement which confronts abuses of power across workplaces and empowers victims to come forward. The Weinstein trial in the #MeToo era supports the hashtag as an expansive term that concerns the societal necessity for reckoning and accountability.