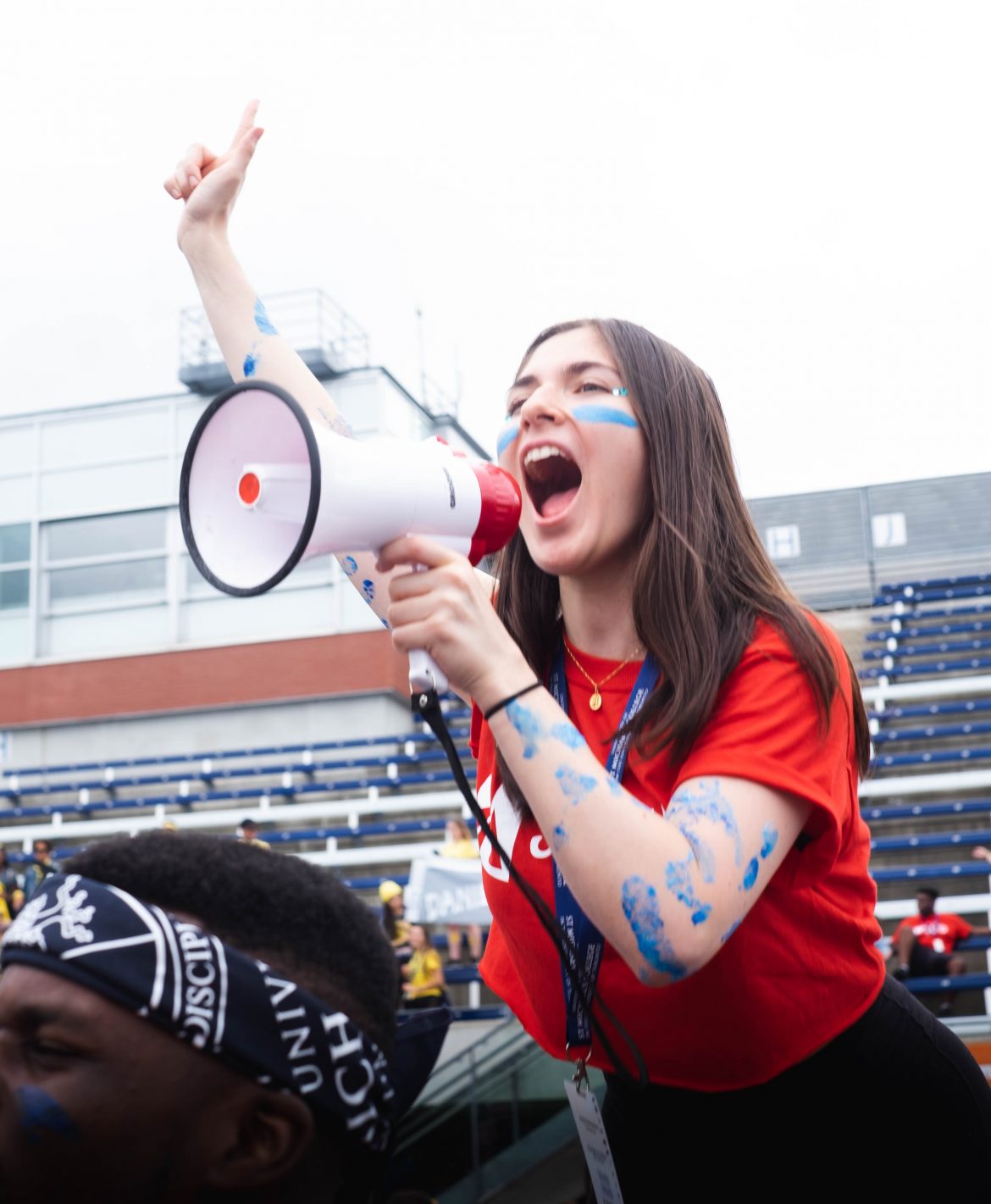 The Hoikety Choik might mean nothing, but it’s the best

In the world of Orientation cheers, University of St. Michael’s College (USMC) has five: “Bubbaloo,” “Hoikety Choik,” “Oh When St. Mike’s,” “Deep in the Heart,” and “Everywhere We Go.” Even though each of them has their own merits and is a good way to demonstrate school spirit this Orientation Week, there is a nagging question at hand. Which one is the best?

Fortunately, unlike many nagging questions, this one has a simple answer. The best USMC cheer is the Hoikety Choik.

Every incoming USMC student will likely hear the following many times: “SMC, can I get a Hoikety Choik on C?” This is for good reason. Number one: the cheer is bombastic. It’s loud and fast—so it energizes people. Number two: it is original. The Hoikety Choik does not follow another tune; it is a thing unto itself. Number three: it is short. It doesn’t drag on. Number four: it is easy. Thus, it requires little time to memorize. Number five: it is recognizable. Those cheering the Hoikety Choik immediately associate themselves with USMC.

And it’s utter nonsense—at least on paper. Read the text: it’s gibberish, complete mumbo jumbo. Those not from USMC might wonder how any of us could belt out the Hoikety Choik so confidently without breaking into hysterical laughter at the ridiculousness of our words. Those same people would also ask how this cheer could possibly be our best. If that one is their best, how weird are the other cheers?

In a strange way, though, the Hoikety Choik’s ostensibly meaningless lyrics are what make it special. Where there is no literal meaning, USMC students past and present have bestowed upon the lyrics a well-nigh unbreakable connection to their experiences at the College. Put another way, when USMC students hear the Hoikety Choik, they don’t pay attention to the words. They pay attention to everything those words call to mind: the friends they made here, their own Orientation experiences, their dorm rooms, the food in the Canada Room, the advice they received from a professor on the USMC grounds, and so on.

For instance, USMC alumnus Ann Keating, in a late 2021 article for USMC’s InsightOut community blog, recounts a story about how her mother—herself a 1949 graduate of USMC—still remembers the Hoikety Choik. Ms. Keating recalls being especially surprised at this, however, because her mother lives with dementia and has difficulty putting thoughts together. If USMC students needed any evidence that the cheer is something special, there it is.

Our fascination with the Hoikety Choik is a case of a tradition passed down through the ages, somehow preserved even though we have trouble saying exactly why. How long ago did we start singing the cheer? Who wrote it? Was it originally supposed to mean anything?

I admit that I do not know the answers to any of these questions. Ms. Keating’s InsightOut article suggests, at the very least, that some form of the Hoikety Choik has been around since the late 1940s. Otherwise, a quick Google search reveals little in the way of clues.

In any case, there are many questions about our famous cheer’s origin, and these warrant further research. But one thing is clear: no matter how little we know about it, the Hoikety Choik is undoubtedly USMC’s best Orientation cheer.