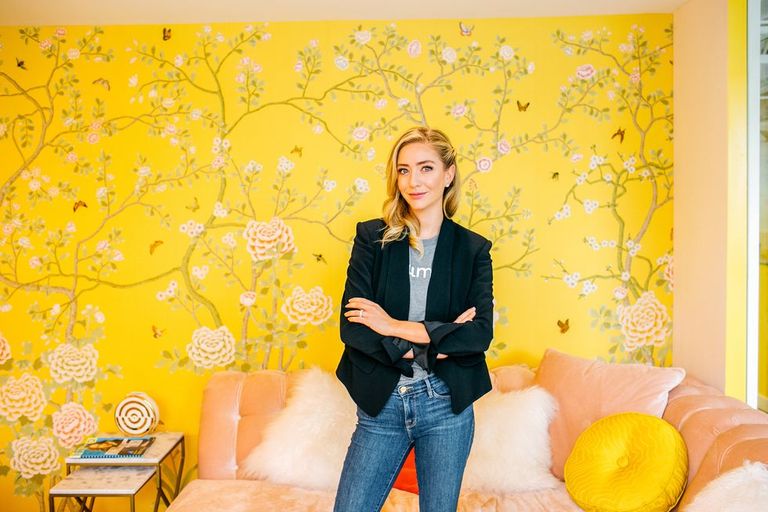 The youngest self-made billionaire in the United States

On February 11, 2021, Whitney Wolfe Herd, 31, became the youngest woman to take a U.S. company public. Within hours, the company’s newly public stock listing BMBL had increased by 63% to $70 a share, making her a billionaire. As the youngest woman in the world to create her billion-dollar success, everyone is itching to know exactly how she did it. It was through Herd’s past humiliation that she had been inspired to create Bumble, one of the largest dating apps in the world.

Bumble was founded with the vision of promoting healthy relationships. Wolfe Herd branded Bumble as a social network that empowers users. Users have the option to filter their settings whether they are interested in a romantic connection, expanding their professional network, or simply growing their social circle. If members seek romantic relationships, women are responsible for making the first move within a 24-hour window, when it comes to heteronormative pairings. Wolfe Herd was adamant about creating an application that places women in the power position to avoid unsettling messages and stimulate healthy relationships with clear intentions. While Bumble as an app prioritizes user feedback to maximize user experience. The app advocates for equality, respect, empowerment, and kindness as members meet and form relationships with one another.

Over the past 12 months, 559 companies have gone public in the U.S, only three of which have been founded by women. The same trend is seen by blank-check firms, currently popular among Wall Street as a wealth-enhancing vehicle. Of the 349 special purpose acquisition companies (SPAC) that were listed in the past year, those that had been women-sponsored account for under fifteen. We are currently experiencing one of the fastest wealth-creation booms in all of history, and we see success being divided disproportionately across all genders. According to the Bloomberg index, last year the 500 wealthiest people in the world earned $1.8 trillion, and 91% of the value had been distributed among men.

With a disproportionate representation of women in business, it is no surprise that some of these industry leaders feel they are not taken seriously for their accomplishments. In Whitney Wolf Herd’s case, she thought the media had painted her in a negative light; rather than recognized for what she stands for, she noticed that others saw her as merely a woman seeking vengeance for unsatisfactory experiences in her own personal love life. When Wolfe Herd attended press conferences to discuss her personal experience with growing her business, much of the coverage had narrowed in on her previous employment at Tinder. The media was fascinated by Wolfe Herd’s early executive years at Tinder, where she had been allegedly harassed by another executive, who just so happened to be her boyfriend at the time. Not long after, Wolfe Herd was let go by the company, which led to her filing a lawsuit against Tinder on sexual harassment allegations. Time after time, when invited to share her experience building her empire, Wolfe Herd finds herself stuck describing the men that served as obstacles to her overall success.

At the age of 22, Wolfe Herd helped found Tinder – a rival dating app and one of Bumble’s biggest competitors. Wolfe Herd had developed the name and flame logo of the dating app, she came up with the combination while reflecting on the tinder she used to start fires while staying at her father’s cabin in Montana. Herd relates the flame she would ignite with tinder to the spark between two people. Wolfe Herd had been instrumental in growing the dating app’s engagement and awareness among a younger audience. She would travel to college campuses to help spread the word of dating apps among young adults. Herd saw a trend among college students for hook-up culture and dating that she wished to capitalize on with Tinder. While Wolfe Herd had helped found Tinder, the misogynistic behaviour of her co-workers led to her demotion to VP of Marketing as they claimed, “Having a girl in a position of power would make the company seem like a joke.” Two years after Wolfe Herd joined Tinder, she left the company, suing them for sex discrimination and aggressive sexual harassment. Among the many accusations Wolfe Herd filed against Tinder, she stated that her former boss and ex-boyfriend Justin Mateen had displayed threatening and abusive behaviour towards her within the workplace. Tinder denied all accusations and had settled the case outside of court, where Wolfe received $1 million to settle.

Whitney Wolfe Herd saw her exit at Tinder as an opportunity to channel her potential. Wolfe Herd devoted all her enthusiasm and energy towards a new venture. She wanted to form a brand that reflected her values for integrity, kindness, and respect. Wolfe Herd initially left Tinder with the intention of “proving everyone wrong” – she wanted to showcase her marketing capacity and just how much she contributed to the Tinder brand, except this time she was planning on doing it better. Wolfe Herd wished to combine her knowledge of dating platforms with her desire to reshape the internet. Having been the punchline of many derogatory comments for years, Wolfe Herd wanted to create a platform free of bullying where members are empowered to be the best version of themselves while asserting their boundaries and respecting others. And just like that, Bumble was born.

The idea behind Bumble was based on the idea of a queen bee taking ownership of her hive. Whitney Wolfe Herd believed that placing the authority on women – where they have full reigns on deciding whom they wish to initiate a conversation – further promotes equality between genders. Understanding the negativity that is often accompanied with online dating, where some men feel they can get away with patronizing and condescending comments towards women, Wolfe Herd prioritizes guidelines that respect a woman’s safety and boundaries. In Bumble’s extremely early stages, Wolfe Herd planned for the app to be a female-only social network where women would complement each other and motivate one another. After proposing her idea to Andrey Andrew, the Russian tech billionaire and founder of the dating app Badoo, he advised her to focus on matchmaking. At the age of 24, Wolfe Herd developed Bumble as a brand, when she focused all her efforts on branding. With Andrey’s support, Wolfe Herd introduced Bumble as a service created by women, for women. Bumble was created as a safe space for straight-identifying women to seek romantic connections where the platform rigorously monitors harassment. With Wolfe Herd’s branding expertise, it was not long until Bumble emerged as the second-most popular dating app across the U.S.

Overcoming criticism with a confident outlook has given Wolfe Herd the reigns on the online dating landscape. By sticking true to her vision and remaining aggressive with her passion, Wolfe Herd has conceptualized her ideal online environment for herself and users to enjoy. Wolfe Herd is an inspiration for victims of bullying. She reminds us to focus on our interests and remain confident in our abilities regardless of others’ opinions. Whitney Wolfe Herd shows us that there is nothing more powerful than a woman who understands her potential.