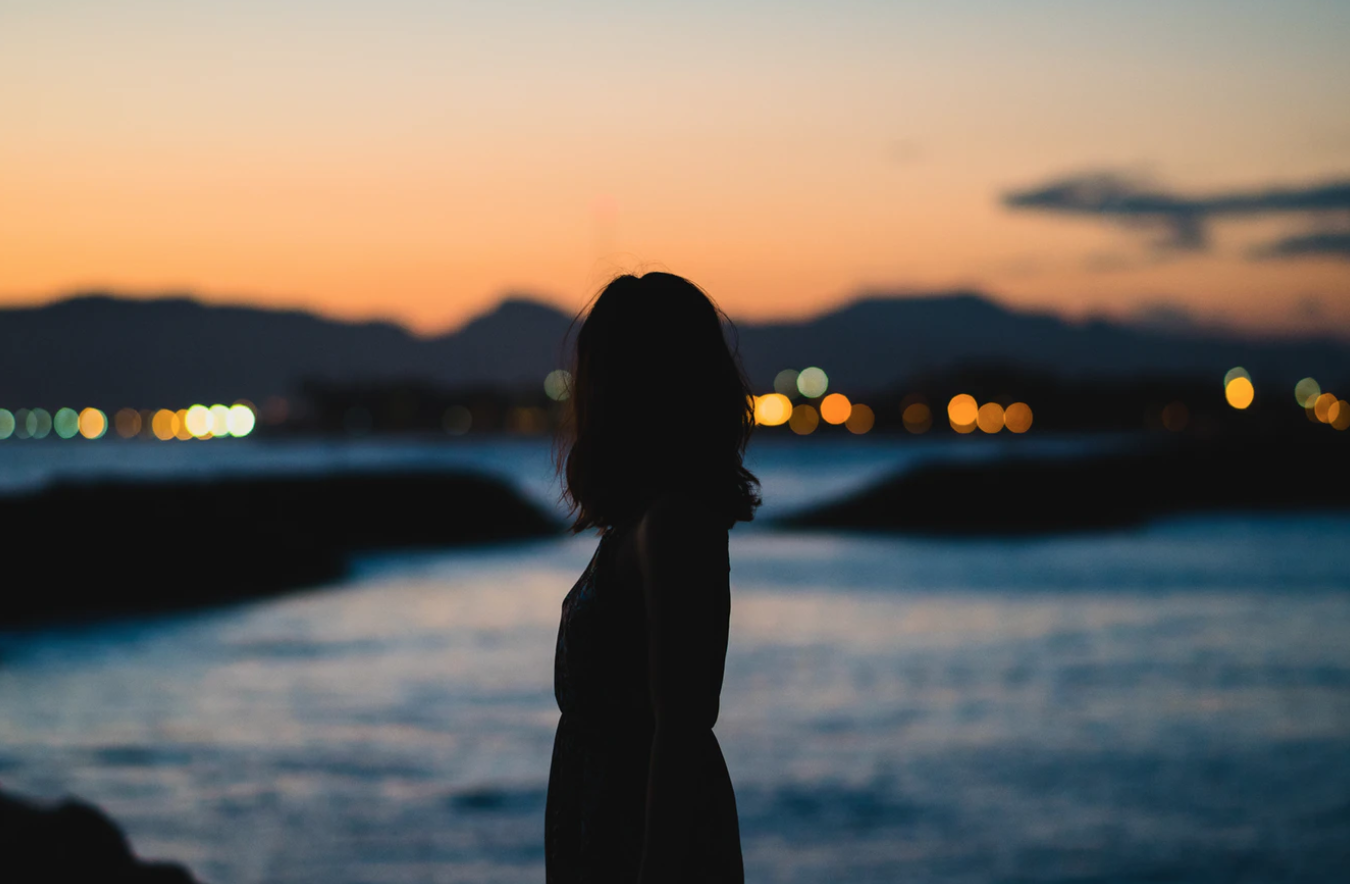 Many have experienced this, but never addressed the stigma around it. It is the constant battle of feeling isolated because you find the inability to connect with classmates, co-workers, family members, or friends on a deeper level. This experience is a response to loneliness. The connections we make affect our perception of how we fit into society — either we fit in or we don’t. We need to break free from this mould. These negative feelings of doubting our own self-worth has attributed to both long-term symptoms causing “chronic loneliness” and most attentively, “The Loneliness Epidemic.”

Is loneliness really an epidemic? Indeed, it is — Cigna, an American health organization, concluded astonishing research depicting high levels of loneliness in the United States. This company surveyed 20,000 adults over 18 years of age in 2018 and found that nearly half of Americans (46%) report feeling alone either sometimes or always. In addition, one in five report that they never feel close to people and only 18% feel as if they have people to talk to. This survey not only reveals several important findings, but also reinforces President and CEO of Cigna David Cordani’s theory that “a person’s physical, mental, and social health is entirely connected.”

Let’s open up the conversation about mental health. MedCircle discusses what loneliness means as well as the approaches one should take to assist those who struggle with this epidemic in a video entitled, “How the Loneliness Epidemic in 2019 Affects Your Mental Health.” In her interview, Dr. Sue Varma defines loneliness as a subjective feeling. She uses the term “loneliness” as “feeling that people are not with you, don’t understand you, don’t connect with you and that you feel alone.”

Varma explains the difference that exists between social isolation and loneliness. “One can have a huge social network of people actively in their life and still feel lonely.” She believes that feeling lonely is dependent on the quality of the relationships that we have.

On the flip side, some may prefer to avoid surrounding themselves with a lot of people and, as a result, these people actually don’t feel lonely at all. This explains why loneliness is subjective.

So how do we help those who feel lonely? Varma points out that we must listen to others, as listening without judgement is the first step to helping someone. This is what she calls “compassionate listening.”

Evidence of this epidemic is not only nationwide. According to Forbes Magazine, 28% of Canadians and 34% of people from the European Union live alone, more than half a million people under 40 years old from Japan haven’t left their house for at least six months, and nearly half of the population over 65 in Britain view their television and/or pet as their main source of companionship. People from all over the world are experiencing loneliness. These statistics point to an international crisis, and also may comfort those who feel they are alone in this world: you are not alone in your feelings. Psychology Today claims that loneliness “is on the rise regardless of one’s geographic location, gender, race, and ethnicity.” It is something that we may all come to face — or already do, whether we realize it or not.

Crisis Text Line describes internal loneliness as “coming from a perception of being alone in any and every situation.” One might feel lonely when surrounded by a familiar group of people, such as friends and family. People often feel this way all the time — and can’t shake off the feeling. Why does this happen?

Being alone and experiencing loneliness are not the same thing. That’s right — as the main contributor to the Loneliness Epidemic, the Odyssey explains, “You can choose to be alone but you can’t choose to be lonely. Loneliness is more of a feeling than a physical state. You can feel lonely even if there is someone sitting next to you. In contrast, someone who chooses to be alone is content with being by themselves, with no one disturbing them.”

It is important to know the distinction between the two because this leads us to understand that just because you are alone doesn’t mean you are lonely.

Who does loneliness affect?

Every generational cohort is affected by this epidemic. Students in post-secondary education may feel lonely due to the isolation that school makes them feel. Whether this is a result of leaving home to attend university, being at a new college full of unfamiliar faces to make connections with, not having enough time to maintain a social life outside of school, or feeling lost in the route to adolescence, a lack of inclusivity can make someone feel distance in the world they live in. The World Economic Forum discovered that millennials are the loneliest generation. According to a YouGov poll that surveyed 1,254 U.S. adults, three in every 10 millennials say they are always lonely. As a result, 30% of millennials feel this way. When baby boomers took the survey, only 15% reported feeling lonely. Why is this so?

The World Economic Forum discovered a link between loneliness and friendship. Every one in five millennials say that they have no friends. When baby boomers were asked the same question, only 9% claimed to have no friends. What could be the cause? Social media may be the culprit.

Thankfully, social media platforms have caught on and have begun to take a stand on combating loneliness. Using the most powerful platform of the modern world, this tool may be used to specifically target millennials in the hopes of finding friendships to reduce loneliness.

You have probably heard of Bumble, the dating app. This popular platform has branched out to create “Bumble, For Friendship.” As stated on the @bumblebff Instagram bio, all you have to do is “download Bumble and switch to BFF mode to find friends in your area.” Its Instagram post featured a picture of a so-called “happiness prescription.” Here, the name of the patient was “you,” the ailment was “loneliness,” and the doctor’s orders were “put your phone down, go outside, hangout with an old friend, and make a new friend.” This reminds us that friendships can flourish and create deeper conversations when we engage with people who we feel are like-minded to ourselves. Bumble BFF offers a palliative to loneliness by reminding us that the positive relationships we make can affect how we feel.

The Mike spoke with a fourth-year social science student at the University of Toronto (U of T). She shared her story anonymously, speaking about her search for friendship in university.

“You enter university with a certain ideal of what your experience will be like. It’s an ideal that has been fostered from watching films, reading novels, and listening to the stories of our friends and family and their experiences in school. But this ideal can be quite harmful simply because it’s not always an accurate depiction of reality. The truth is, it’s hard to make friends and create meaningful connections with people.”

She explained to The Mike the idea of reciprocal connections. “Friendships are reciprocal, otherwise they won’t work. It’ll be one-sided, and one-sided friendships typically lead to hurt. Something that I’ve unfortunately experienced. It’s not something anyone wants to go through.”

During her interview, she expressed that being a new student at the University of Toronto was difficult — not only academically, but also socially.

During her first year, she recalls the many pressures she experienced here at U of T, like getting certain grades and being accepted to certain programs.

“As such, there were days I didn’t speak to anyone. I would watch my peers — most of whom already had a group of friends — huddle together during lecture, laughing and joking.”

She reveals to The Mike that making friends “just wasn’t working out. Making and losing friends is a hard lesson for anyone to learn.”

“I entered my second year with an open mind. Maintaining friendly attitudes with others paid off. I quickly made friends in some of my classes simply because I asked if they wanted to sit together or if they had done the readings, and they said yes. Some of those girls I met during second year are now my closest friends.”

I, just like many, have suffered from this epidemic. My peers and friends at U of T know me as a bubbly and confident person; however, high school was a lonely period in my life because I did not have any close friends. I was always by myself. For four years, I felt lonely because I could not personally make connections with my peers. How did I overcome this?

I learned to enjoy being by myself. Once I got into university, I started connecting with like-minded people and developed strong friendships from there. I am proud of who I am and not afraid to tell my story because I know that someone reading this may be struggling or have struggled with the same thing. I have spoken to others about my story and surprisingly many have shared similar experiences to mine. You are not alone.