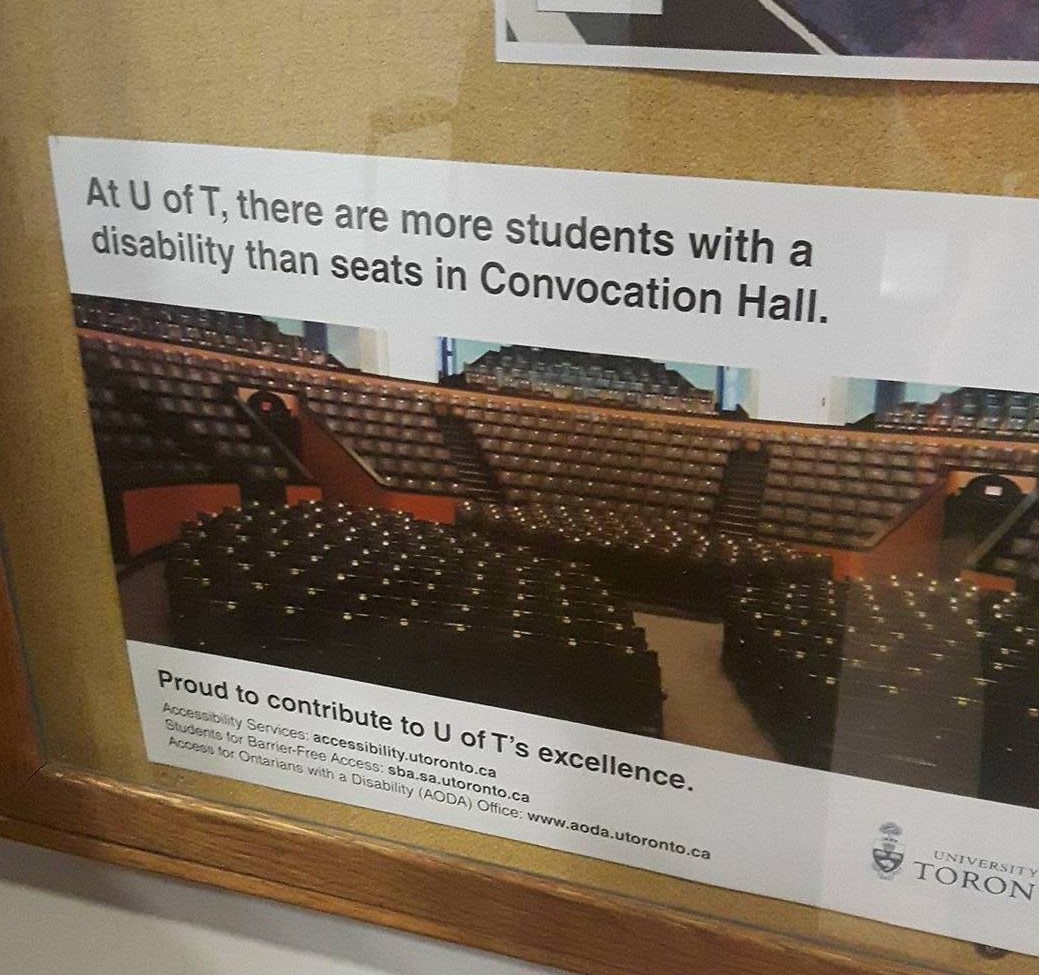 It may not be easy to reach, but AS can still be worth the effort

University of Toronto, and the St. George Campus in particular, is indisputably and sometimes overbearingly large and populous. The buildings themselves being spattered across large distances, which are the means of keeping many of the students in shape, the university enrolls 10s of thousands of students of various different backgrounds every year. According to the university’s website, 60,595 graduate and undergraduate students were enrolled for the 2016–17 school year.

Accordingly, various services and groups work to accommodate different students, supposedly to ensure that everyone gets a fair chance at the education they pay for. University of Toronto Students’ Union (UTSU) provides a health and dental plan that is wide-ranging on its coverage, from travel to prescriptions, which students can choose to use for cheaper benefits that may help them in their academic performance or choose to opt out of.

The university itself provides a Health & Wellness Centre for general health issues, as well as Accessibility Services, which serves to make school more accessible to students with physical or mental disabilities. However, the services provided by the University of Toronto, I would argue, are often inhibited by the enormity of the population they were meant to support. According to a poster in the Accessibility Services Office, not even Convocation Hall (with all three stories of its table-less chairs) could accommodate seats for all of the students with disabilities on campus. And yet the university tries to accommodate these students with something like a dozen disability advisors.

When I first applied for accommodations with accessibility services myself, I remember the difficulty of meeting up with my counsellor because of the limited number of appointment times she had available. Even during the summer, it seemed impossible to meet with her. At the start of the school year, not only did I find out that my counsellor had retired, but that it would take something like two weeks of emails and unanswered calls to finally be assigned a new counsellor, and then another week to finally meet with her. According to the front desk, some major internal changes were in progress at the time, and I could thank this change for my inability to access Accessibility Services for this first month of school.

I (and, I’m sure, many students like me, who have fallen behind because they couldn’t reach the accommodations promised to them to make their classes more accessible) was not impressed with the fact that they were undergoing changes that would presumably help students during the school year, instead of actually helping the students.

That being said, there’s a reason why I reapplied for accessibility services this year. Before I discovered Accessibility Services and actually made time to apply to it, I had various problems with school, which I thought I would not be able to overcome. There were times when I only left the house for classes because anything other than school would make me feel useless and incompetent for being unable to keep up, and times when I wouldn’t touch schoolwork for weeks on end because I felt like I would suffocate under the weight of it all if I did. Connecting with the services not only lightened the pressures that debilitated me for so long, but it actually allowed me to get more out of both classes and campus life. Also, once reached, the disability counsellors prove to be greatly helpful. With each of the problems I confronted her about in regard to my disability, I found that she would provide a solution that I never knew existed. For example, a student with a disability who has too much difficulty with a full course load can opt to pay by course, which would potentially allow reducing the course load and taking additional courses in a fifth year without the additional financial burden that is often implicated by a fifth year of university.

In other words, I believe that Accessibility Services isn’t great, but a lot of that non-greatness can be attributed to its inaccessibility to a large number of disabled students, rather than the services themselves. Despite the trouble it’s caused me, I am also glad to hear that Accessibility Services is going through major changes, and I hope that the new structure of the services will be able to better accommodate a larger number of students who need them. Until then, I would urge anyone who needs accommodations not to be deterred by the sparse appointment times or other in- conveniences because, in the end, the services can indeed be very helpful and liberating, and I would say it’s worth the struggle.